Well, Caesar French with HaT Romanian head-swaps. I've had a go at these before - this unit had a little more thought and effort put into it 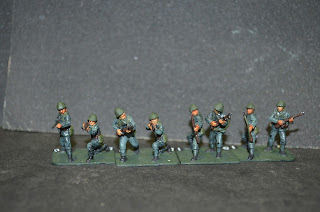 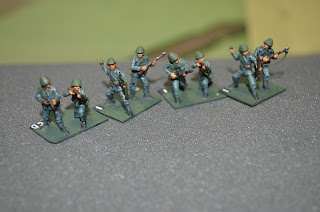 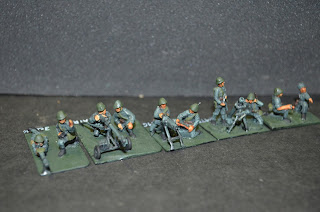 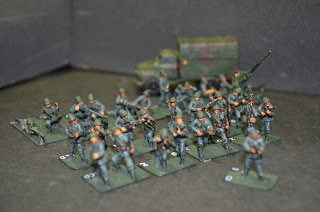 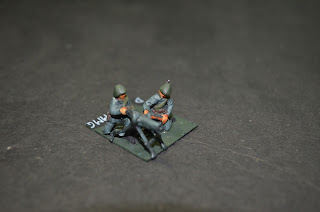 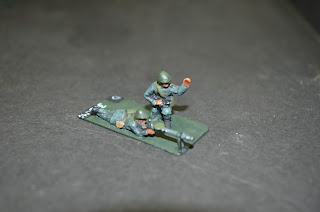 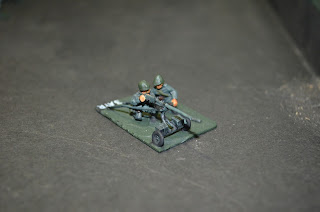 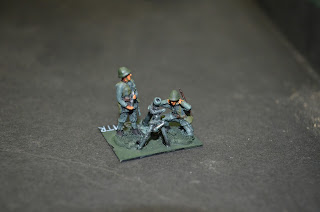 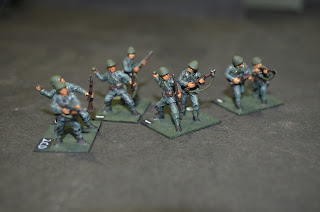 I added weapon slings, and Lewis machinegun pouches taken from spare Emhar figures to a few, as these were quite common on Dutch webbing. I've got three or four good accurate scenarios involving the Dutch at home, and two more for the Dutch East Indies, if I ever get around to making a unit to represent them.
Posted by Al at 9:53:00 PM