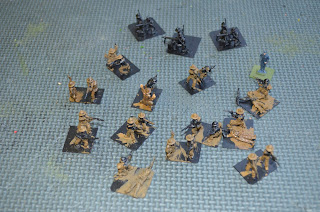 Kiwis. The first of three planned formations, the black ones at the back will form part of a machine gun battalion 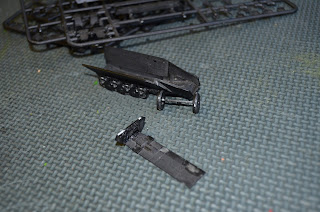 This is a Dragon 251/1, a very detailed kit by my standards 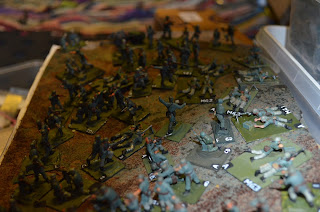 Airfix German para now at about the 3/4 stage 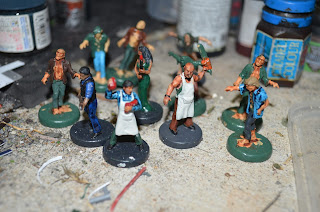 Played a few board games with Ash while she was here, which prompted me to get back to finishing the characters from the expansion set for Last Night on Earth.

Seldom if ever bored :)

Email ThisBlogThis!Share to TwitterShare to FacebookShare to Pinterest
Labels: work in progress