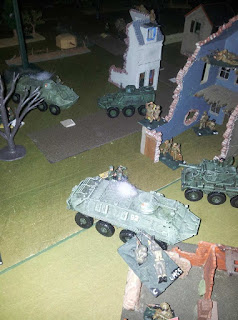 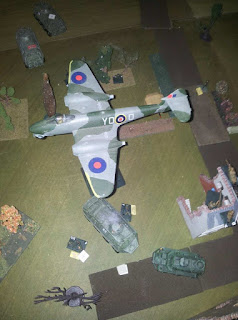 British air-power reigned supreme for about three-quarters of the game. Meteor is Airfix 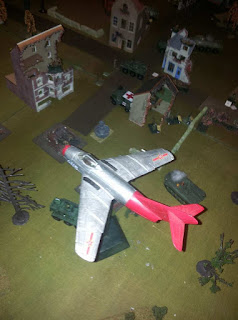 The Soviets got a single jet on the last of ten turns. Russian advances had only just made contact with the British second line of defenses. Bit of a throw together this one, but still... one you miss out on is one you never catch up on  :)