Played this small scenario designed by my neighbour last weekend. CD3 really doesn't lend itself too well to small skirmish type games, being based at the battalion level, however, Phil came up with some interesting 'house rules' to aid in its play-ability, despite the small numbers involved. Anyway, this little action was set somewhere along the East/West German boarder in the mid 1950s 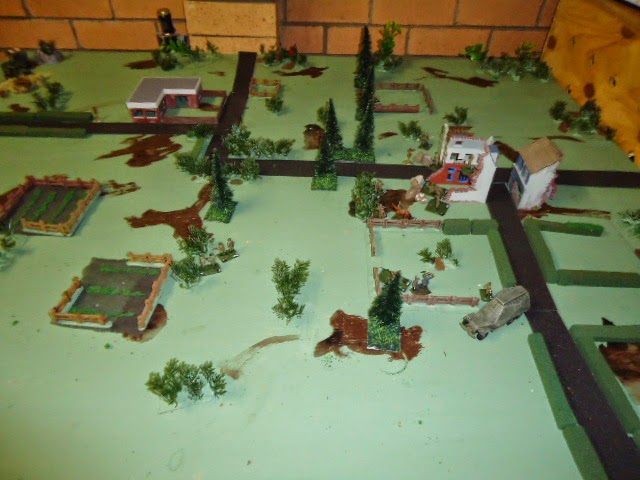 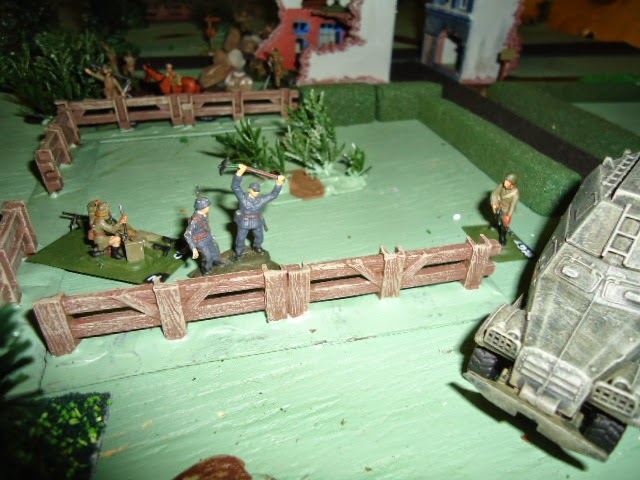 Protected by a weapons platoon, the East Germans begin to dig up the loot 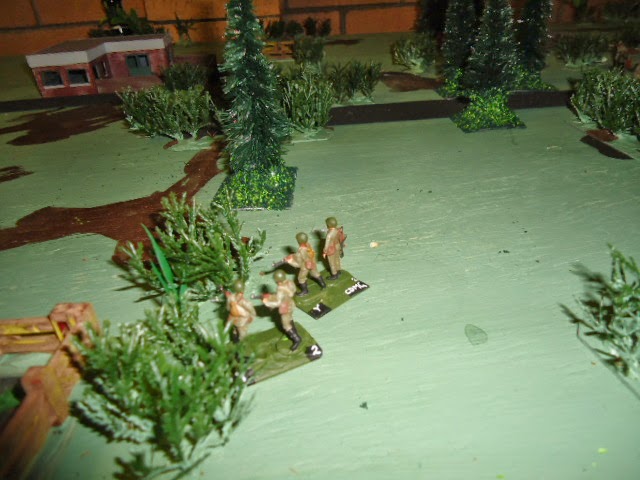 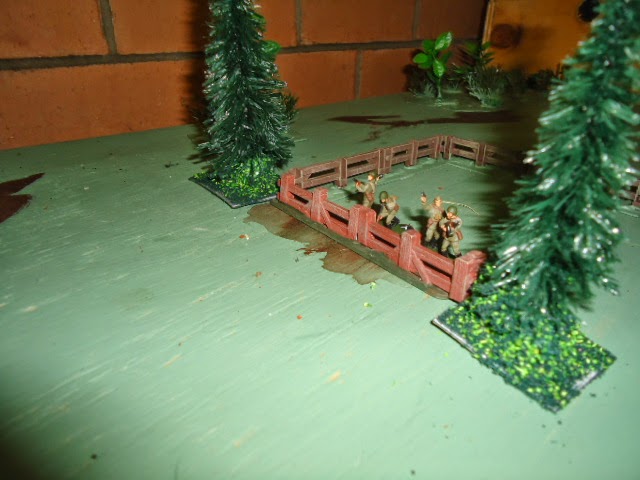 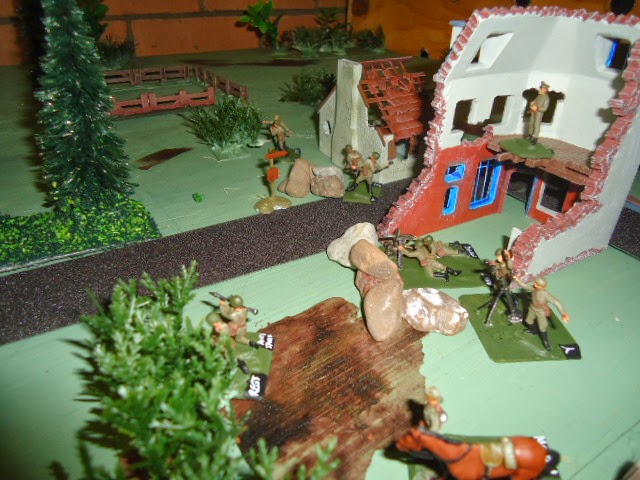 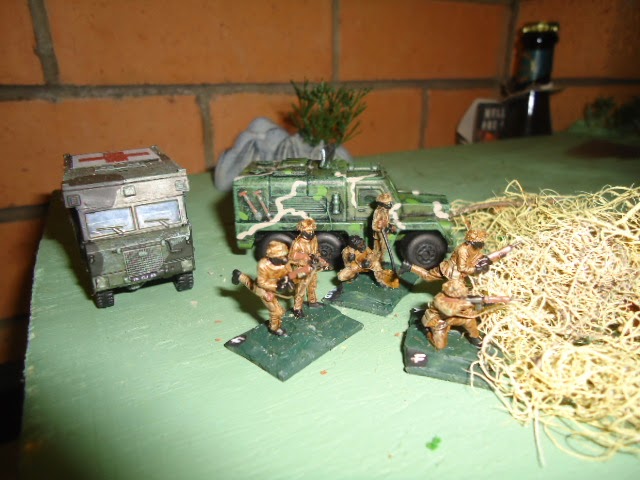 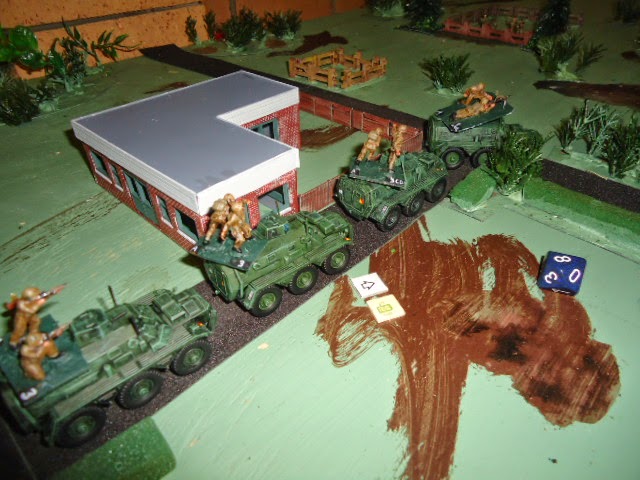 Turn Two, the British commander (me) orders his mechanised company straight into the attack 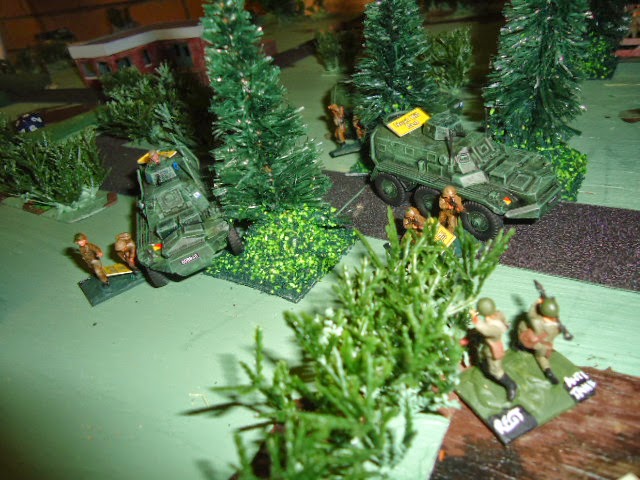 Soviets forces score early success with a hits on the first and second carriers with RPG2 and small arms fire, forcing their infantry to dismount 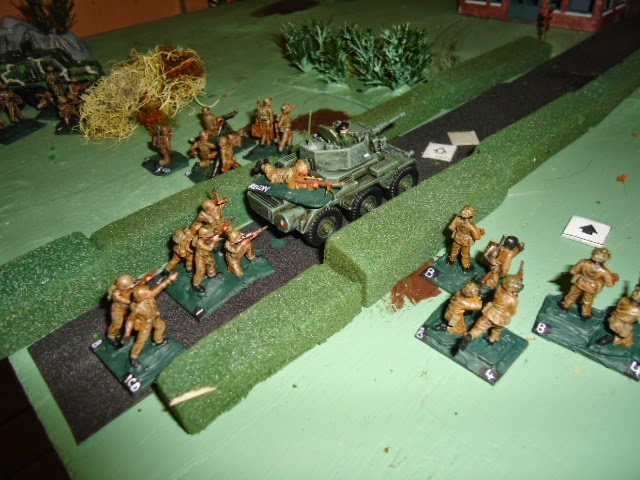 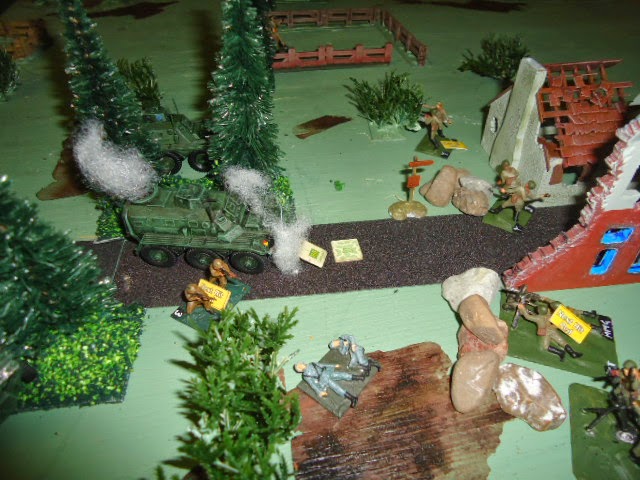 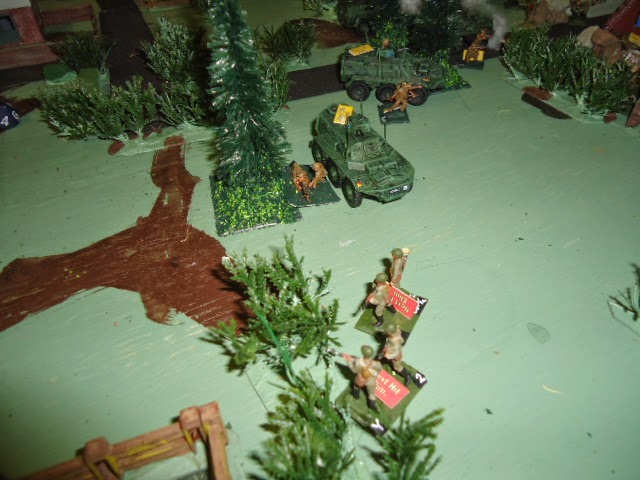 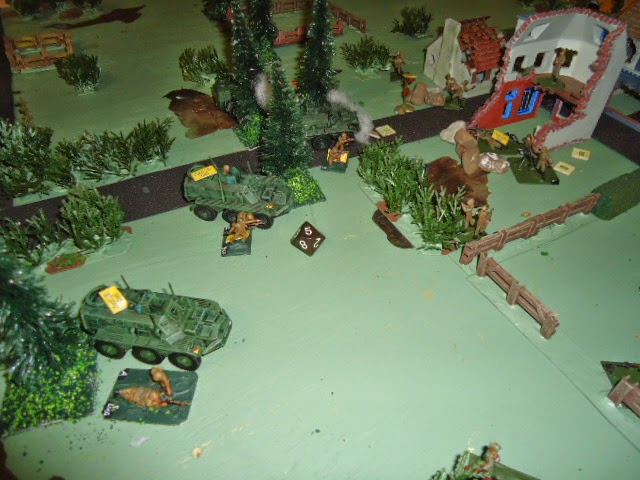 Still, despite their carriers, the British were outnumbered here and had to content themselves with keeping the opposition pinned down until reinforcements could arrive 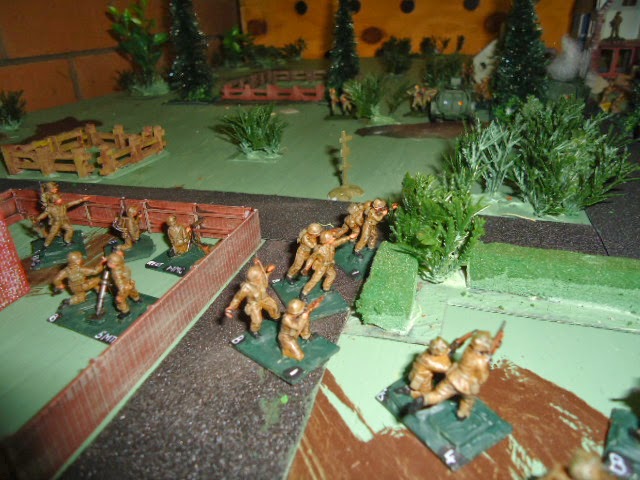 And arrive they did. Here is the rest of the battalion moving into position 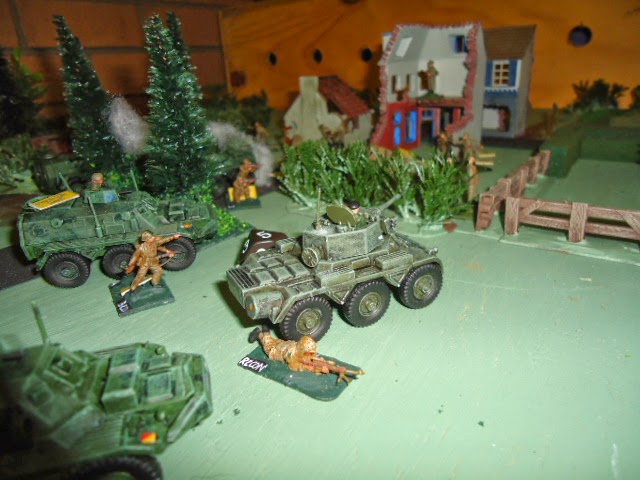 Turn Five. The arrival of an armoured car and additional infantry starts to push things clearly in favour of the British 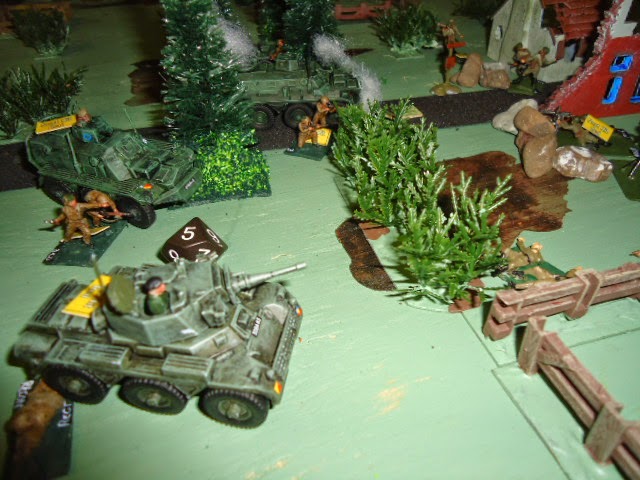 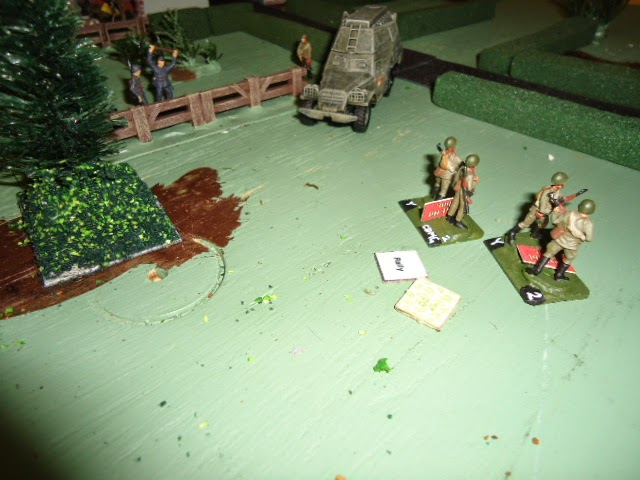 The Soviet HQ attempts to rally this company. The radio truck is by ICM, the Russian figures are Esci conversions 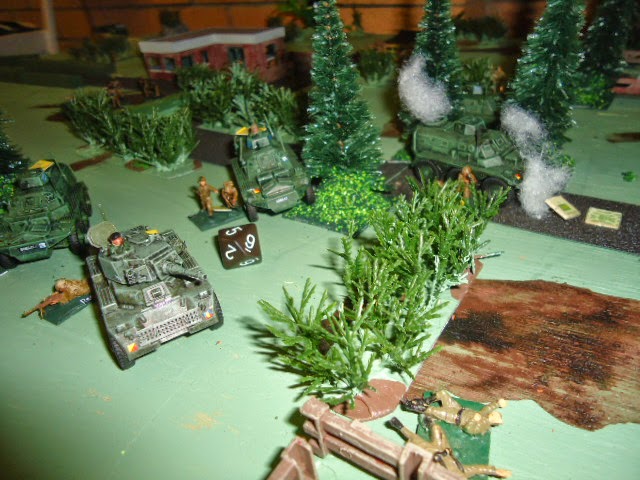 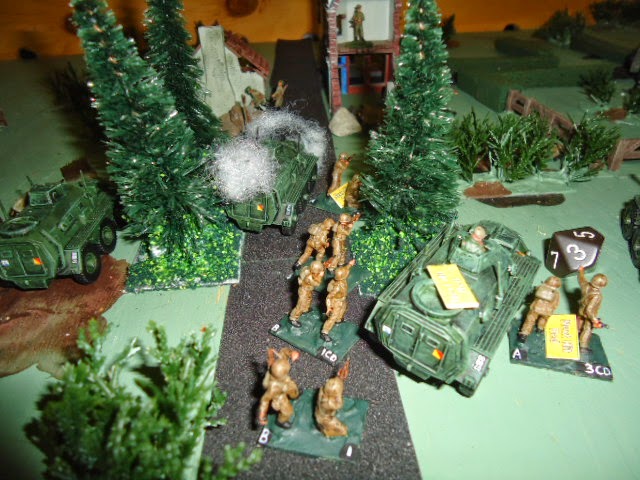 The second assault on the village positions forces another shift in the Soviet defenses, and Phil was forced to withdraw his left flank to protect the East Germans who were still frantically digging for the loot 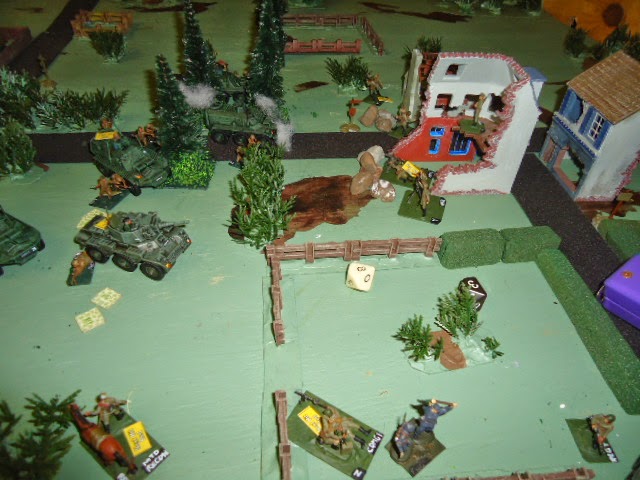 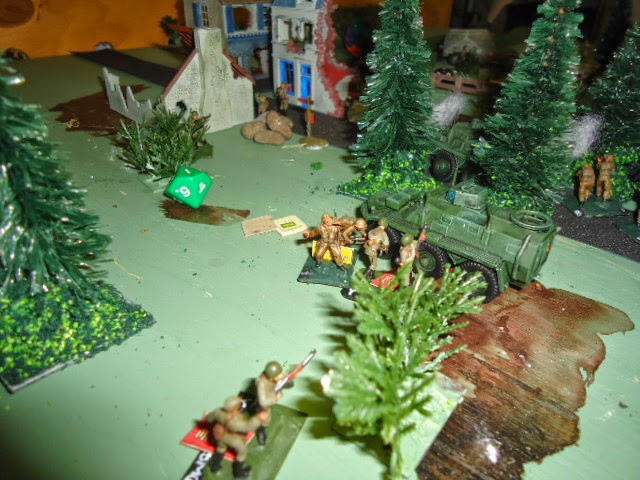 Turn Six. Soviet infantry close-assault the British AFV platoon closest to them, but they are well supported by their infantry and despite some furious dice rolling Phil's units could not force the Saracen from the fight 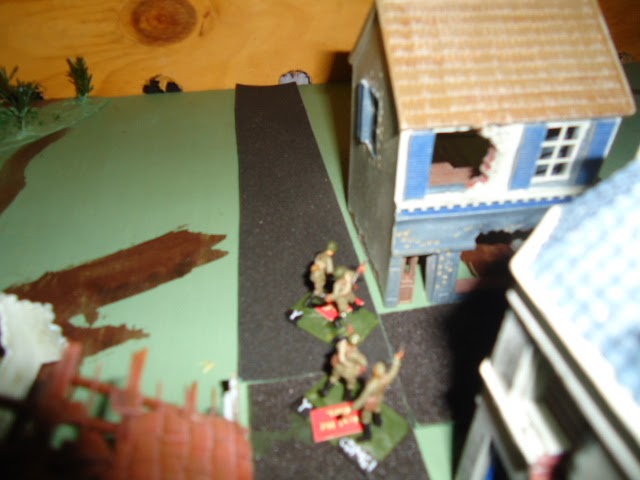 In fact it was they who were forced to withdraw after sustaining 2/3 casualties in the attempt. The buildings are by Airfix 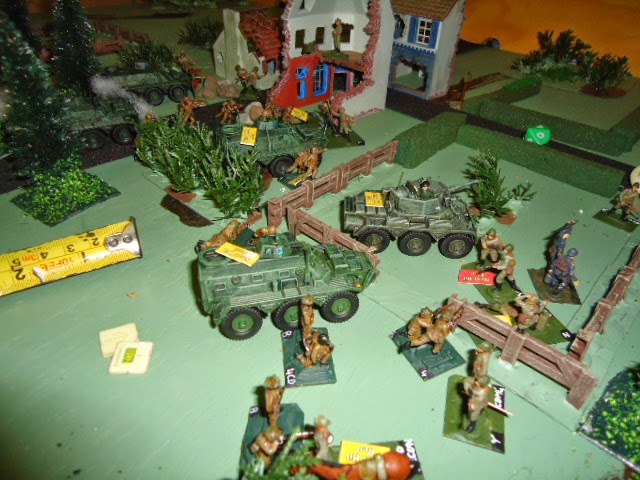 Turn Seven, the British put in an assault across the line and the Russians do not have the number to cover everywhere 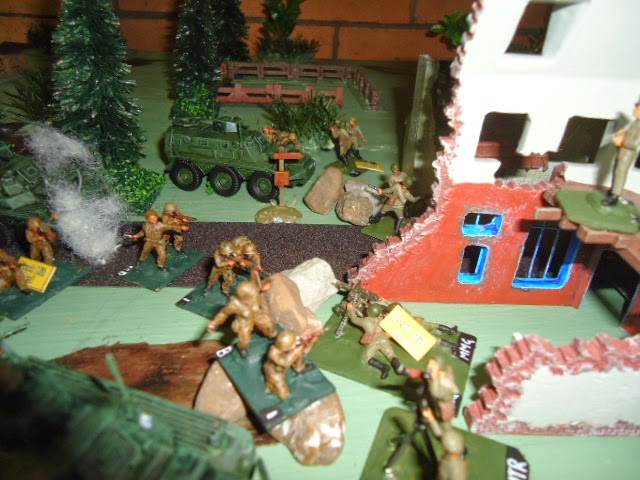 British enter the village in reasonable numbers. British figures here are a mixture of ACTA and converted Matchbox 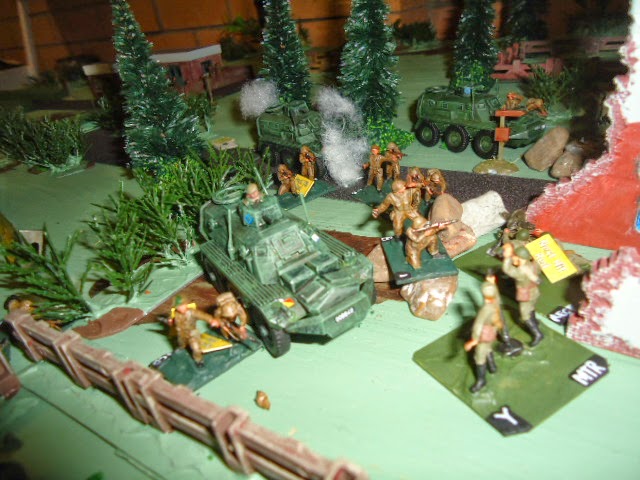 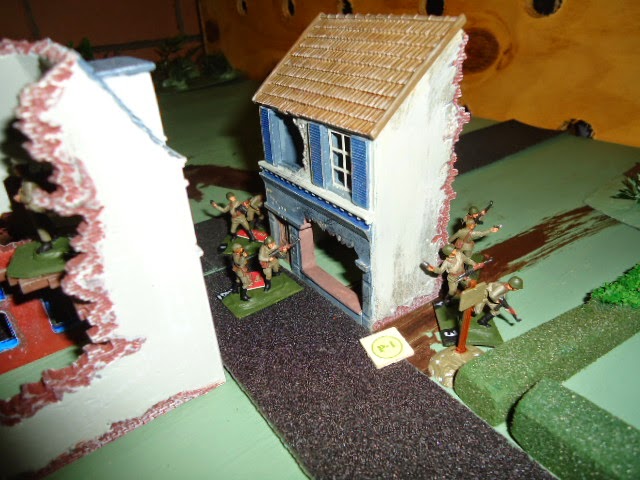 Phil rolled some good numbers here late in the game, but still couldn't stop the AFVs' from pushing further towards the area where the rocket technology was being recovered 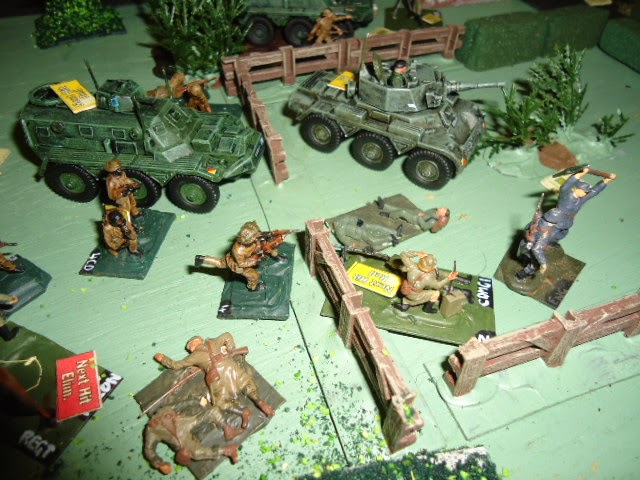 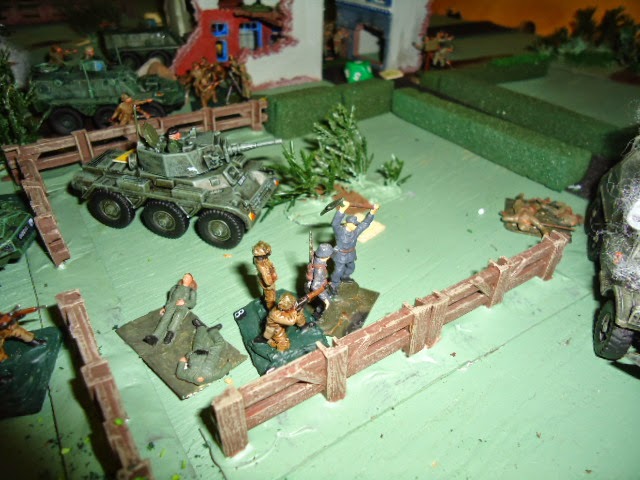 The British capture the loot 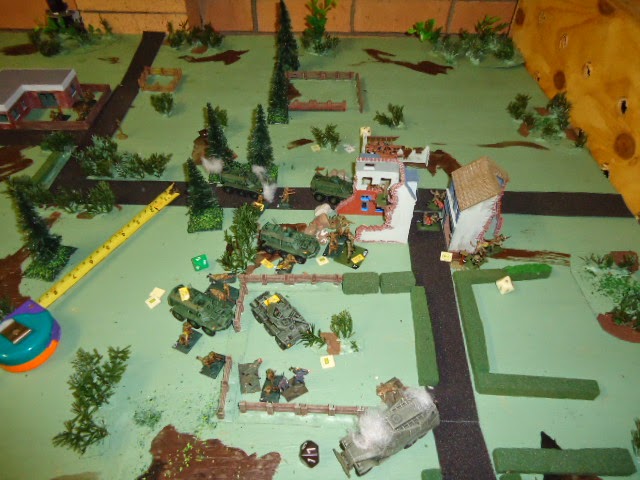