Been on and off this for about a year. I estimate I have spent over a hundred hours on completing this kit. These had a crew of 3-5 and a top speed of about 100mph fully loaded. Operational by late 1916, they served throughout WW1, and was later used by several countries, including China 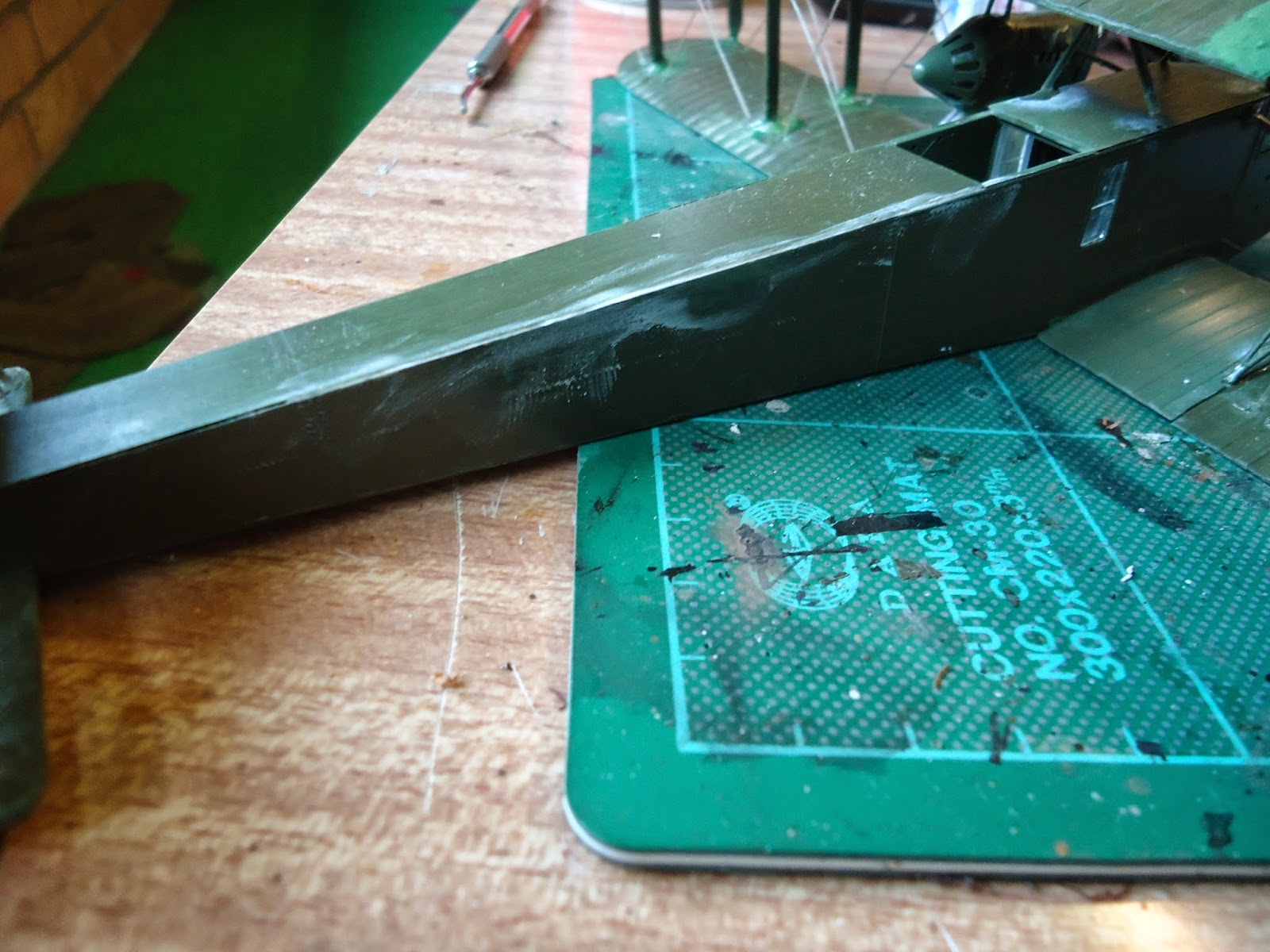 Several parts were quite rough, bent, twisted, or in the case of the wing-strut-thingy below, missing 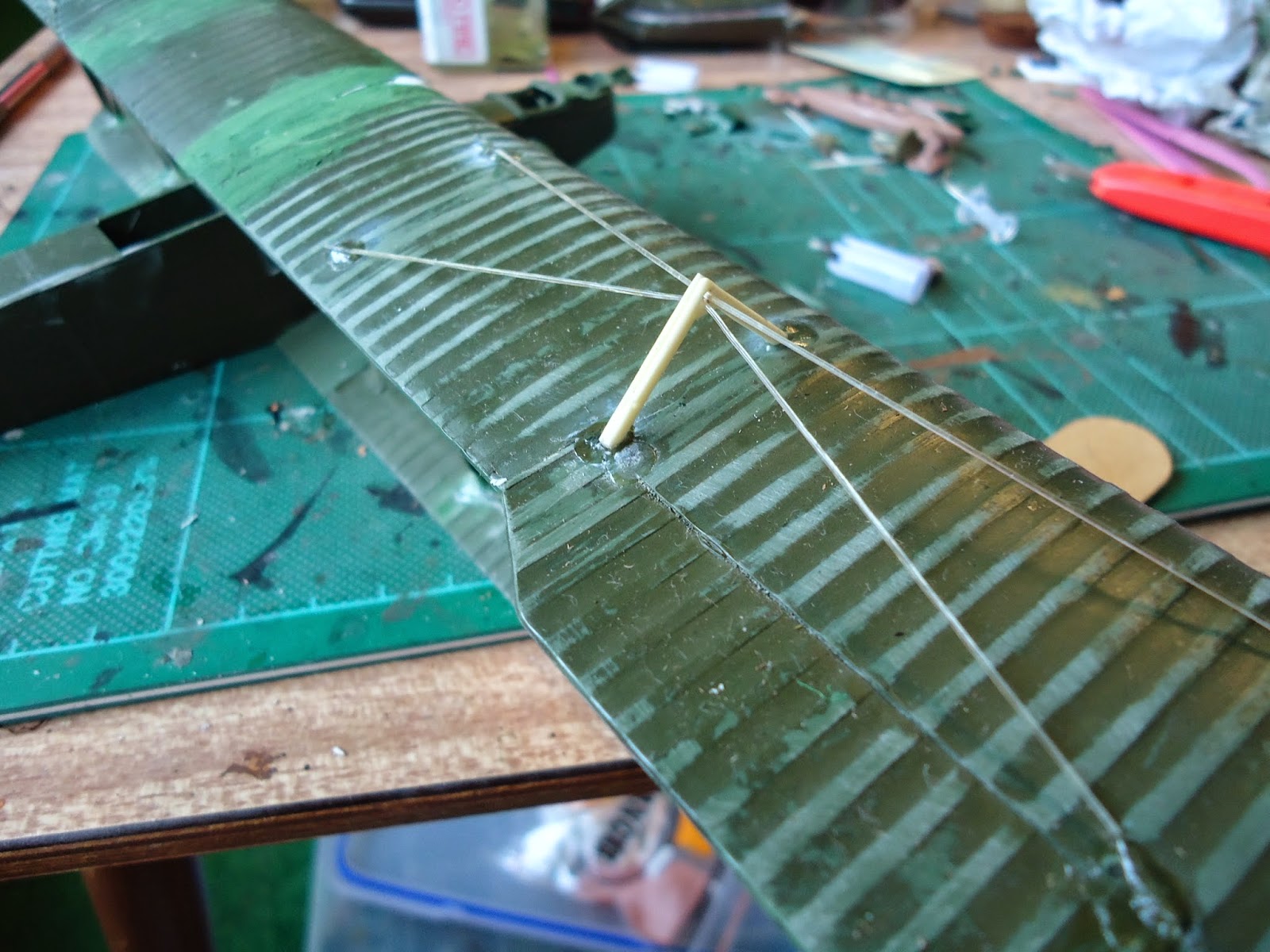 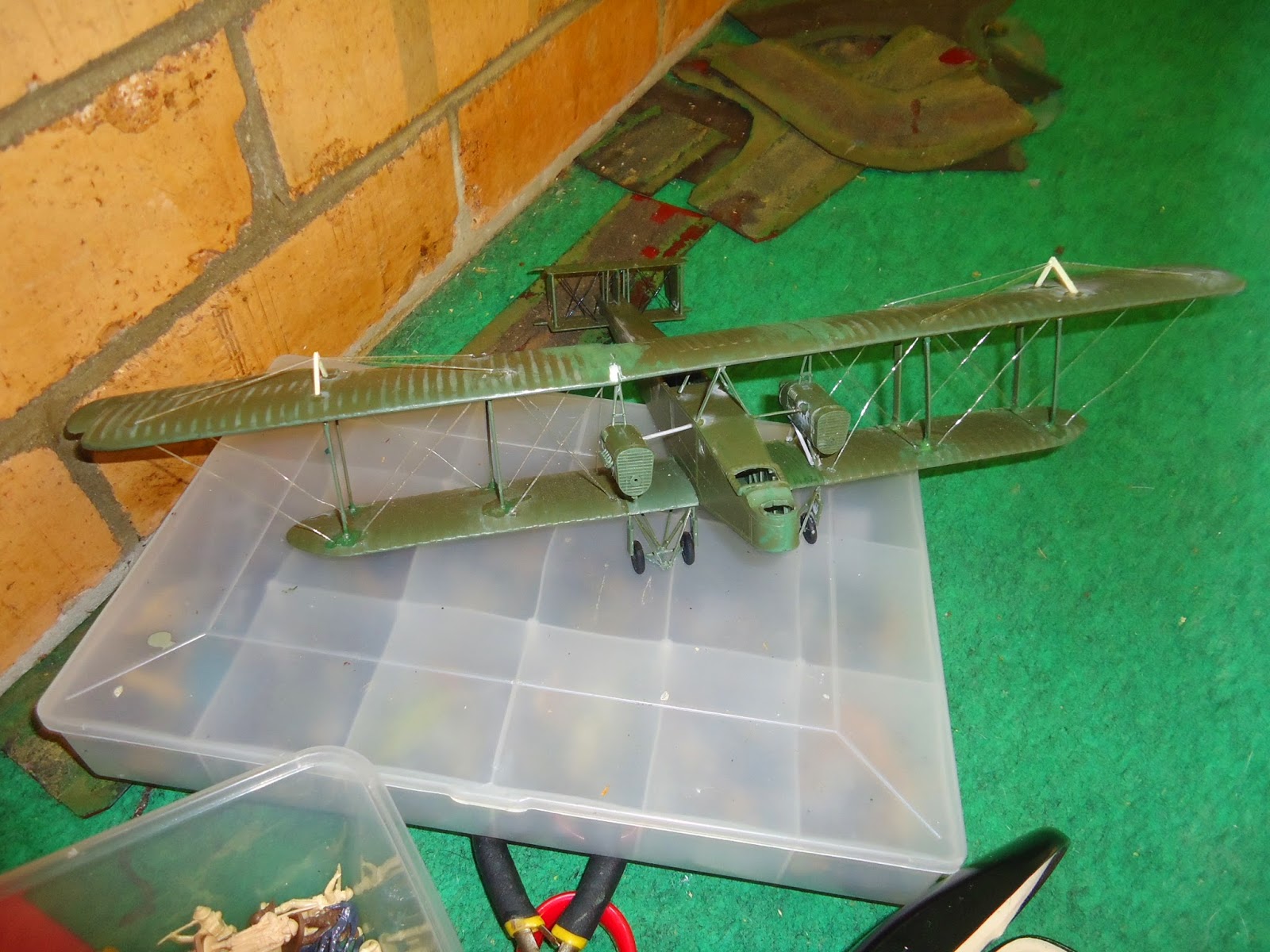 Here it is minus its crew and payload 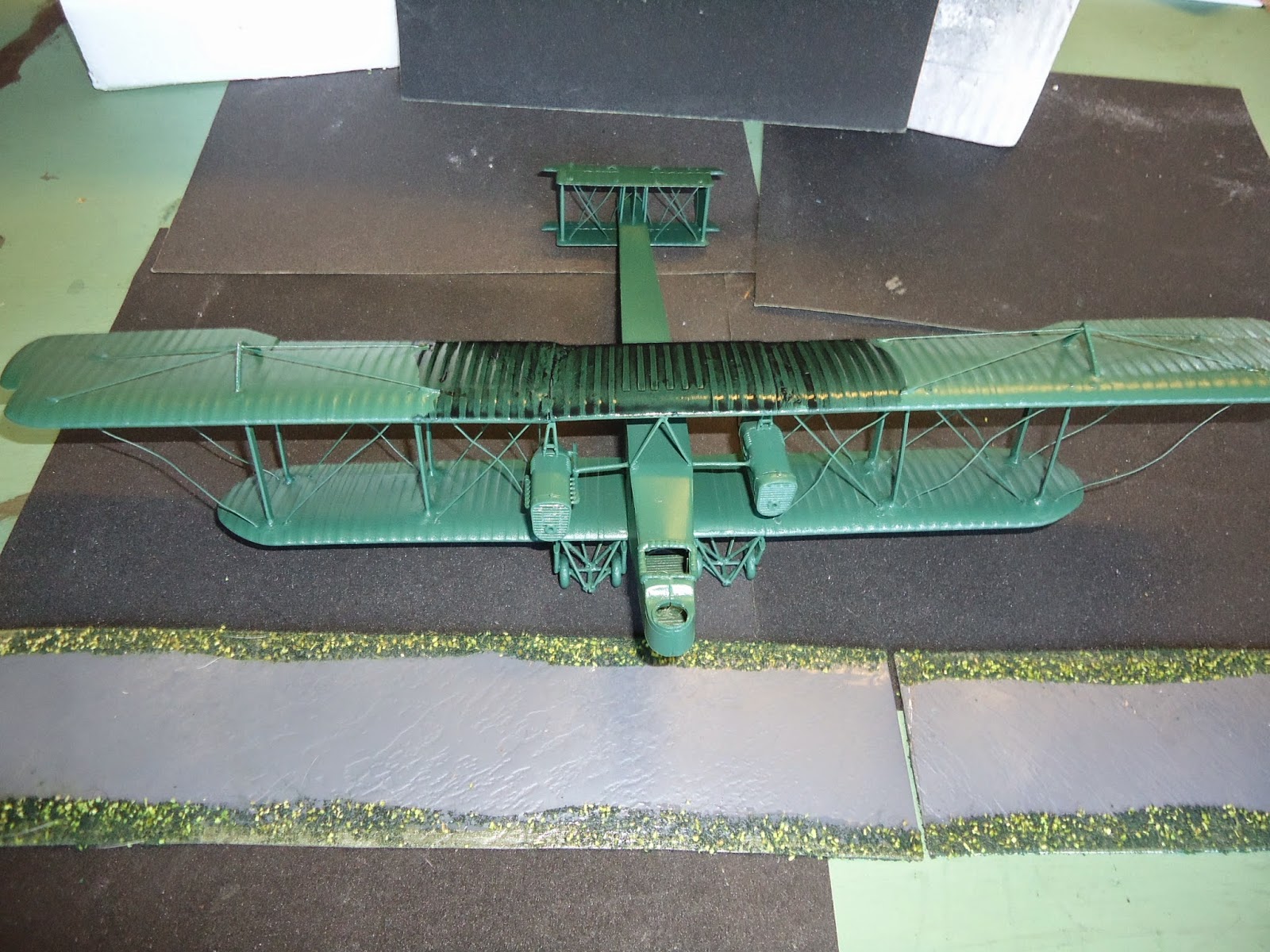 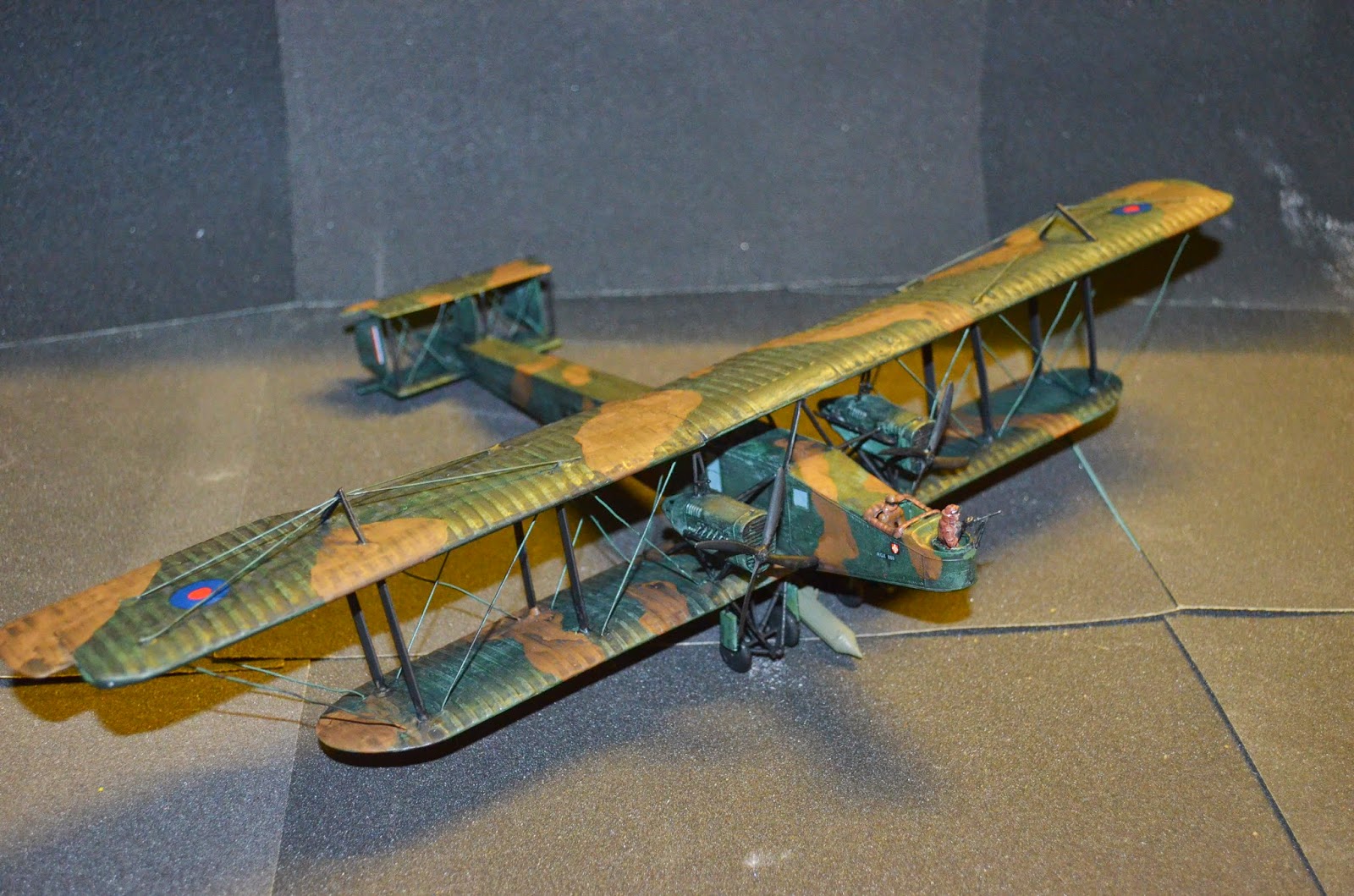 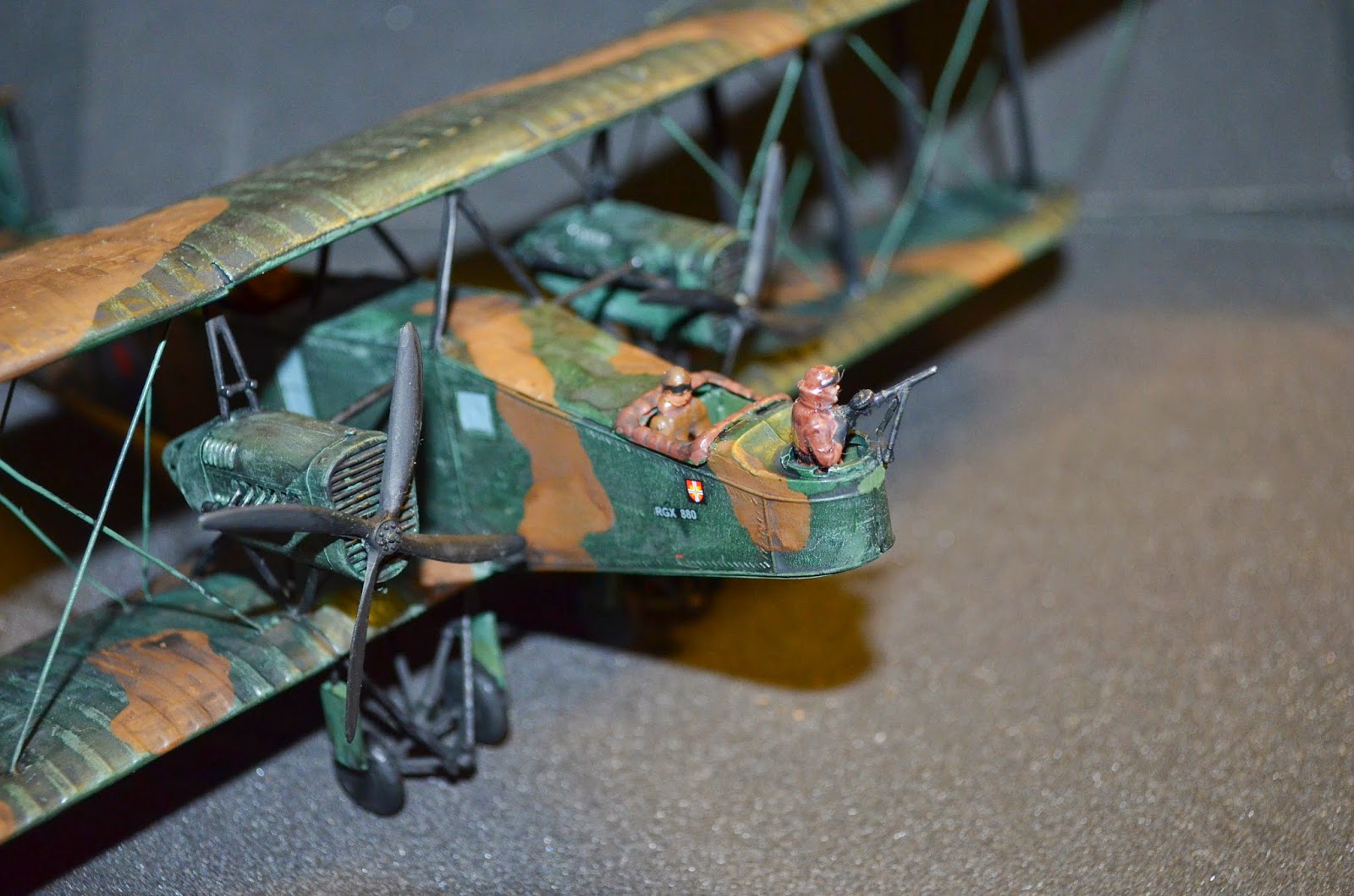 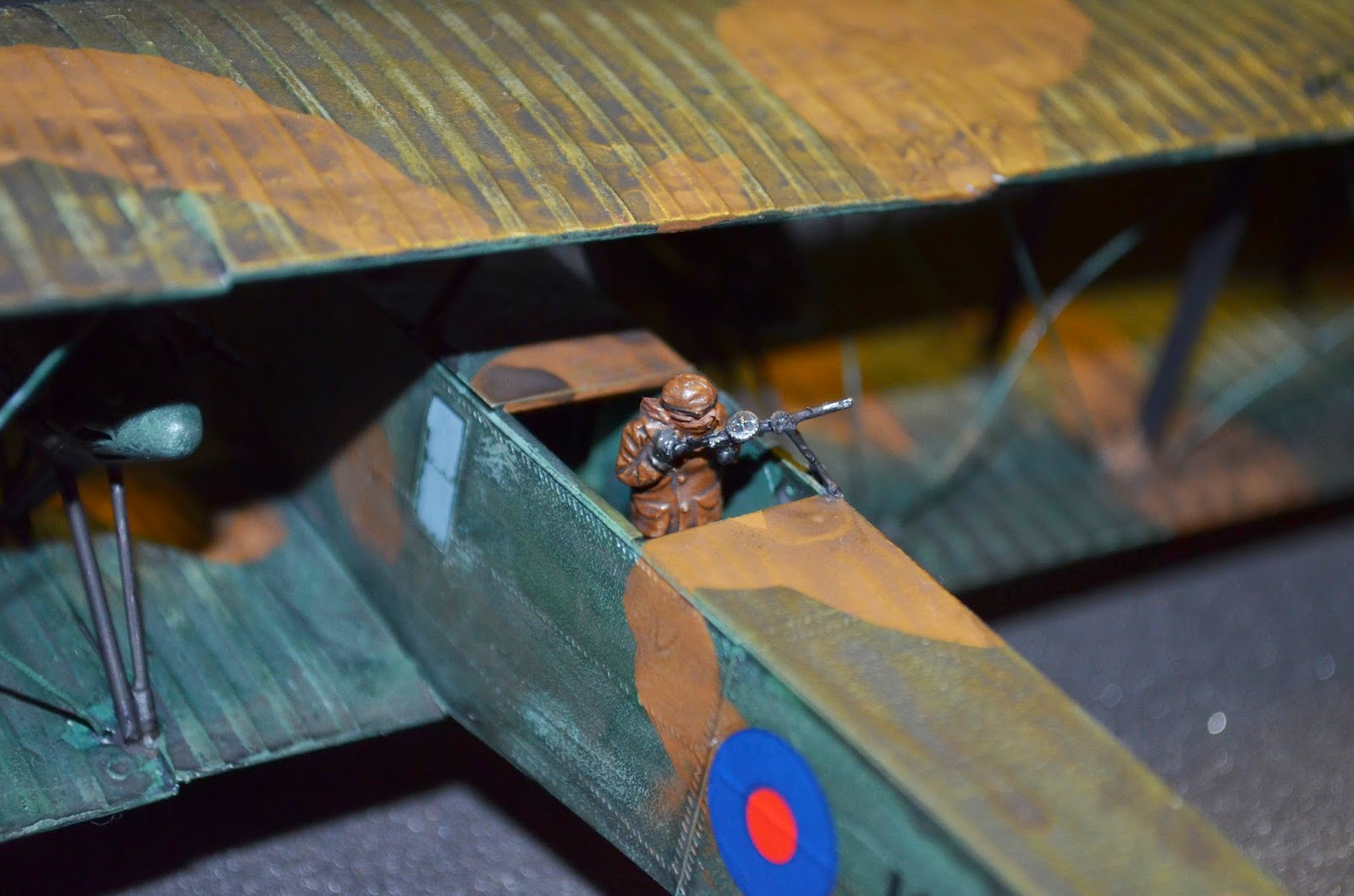 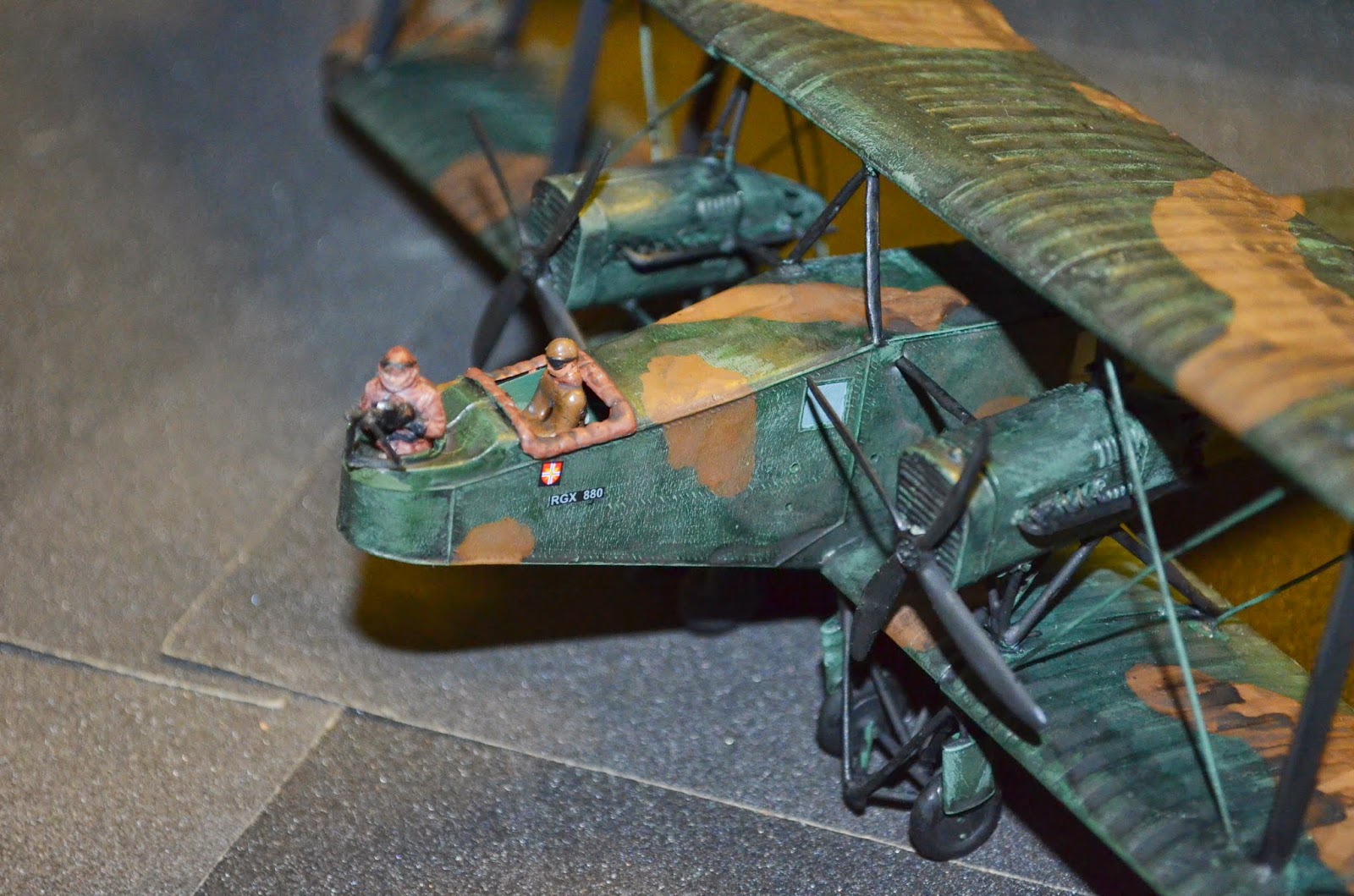 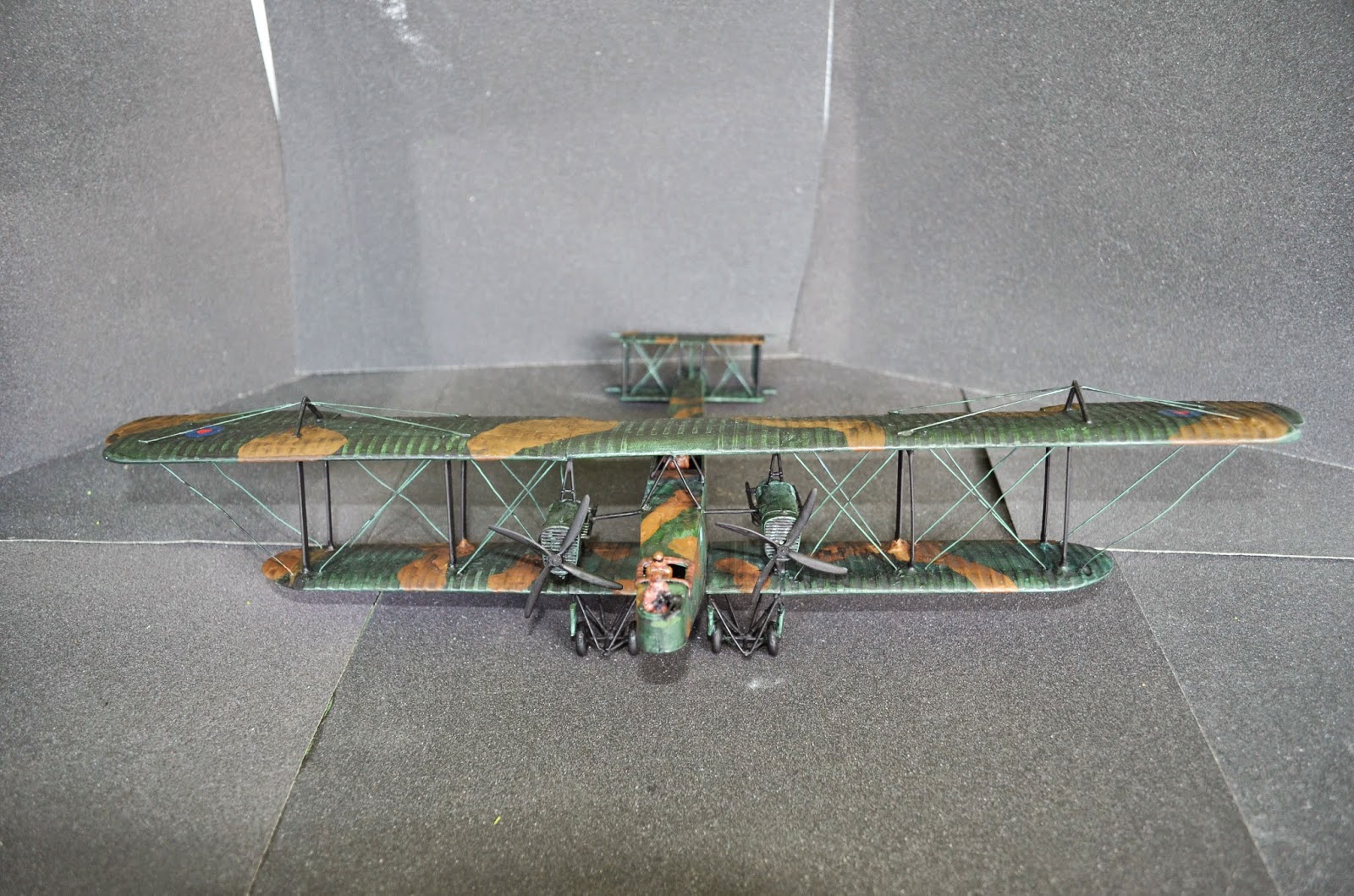 Most of the rigging went slack when I applied the spray under-coat, the paint sort of melted the wire. I have tightened it where I could but there are still a few strands that are a bit loose 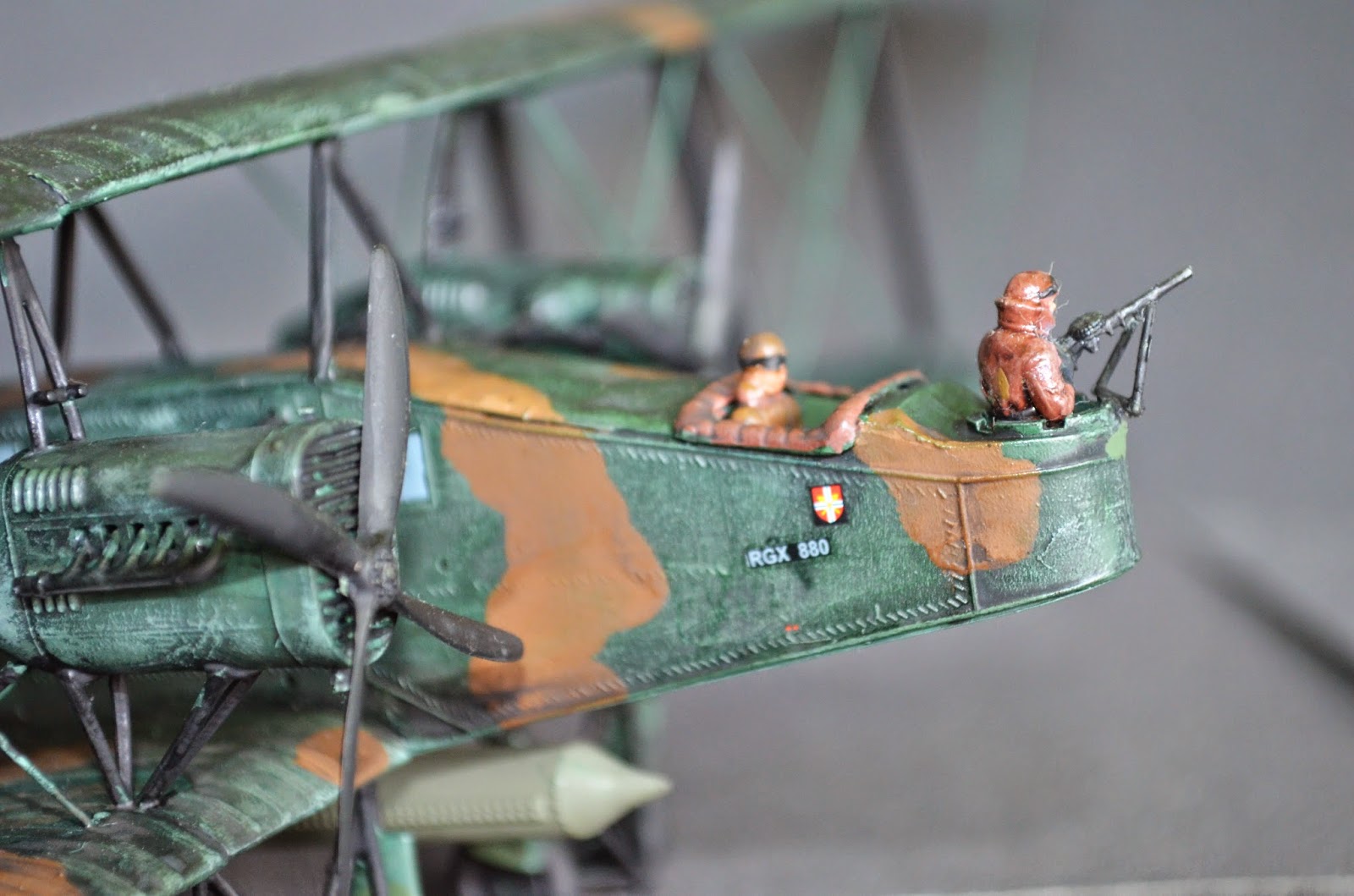 The crew. Only the forward gunner is original, 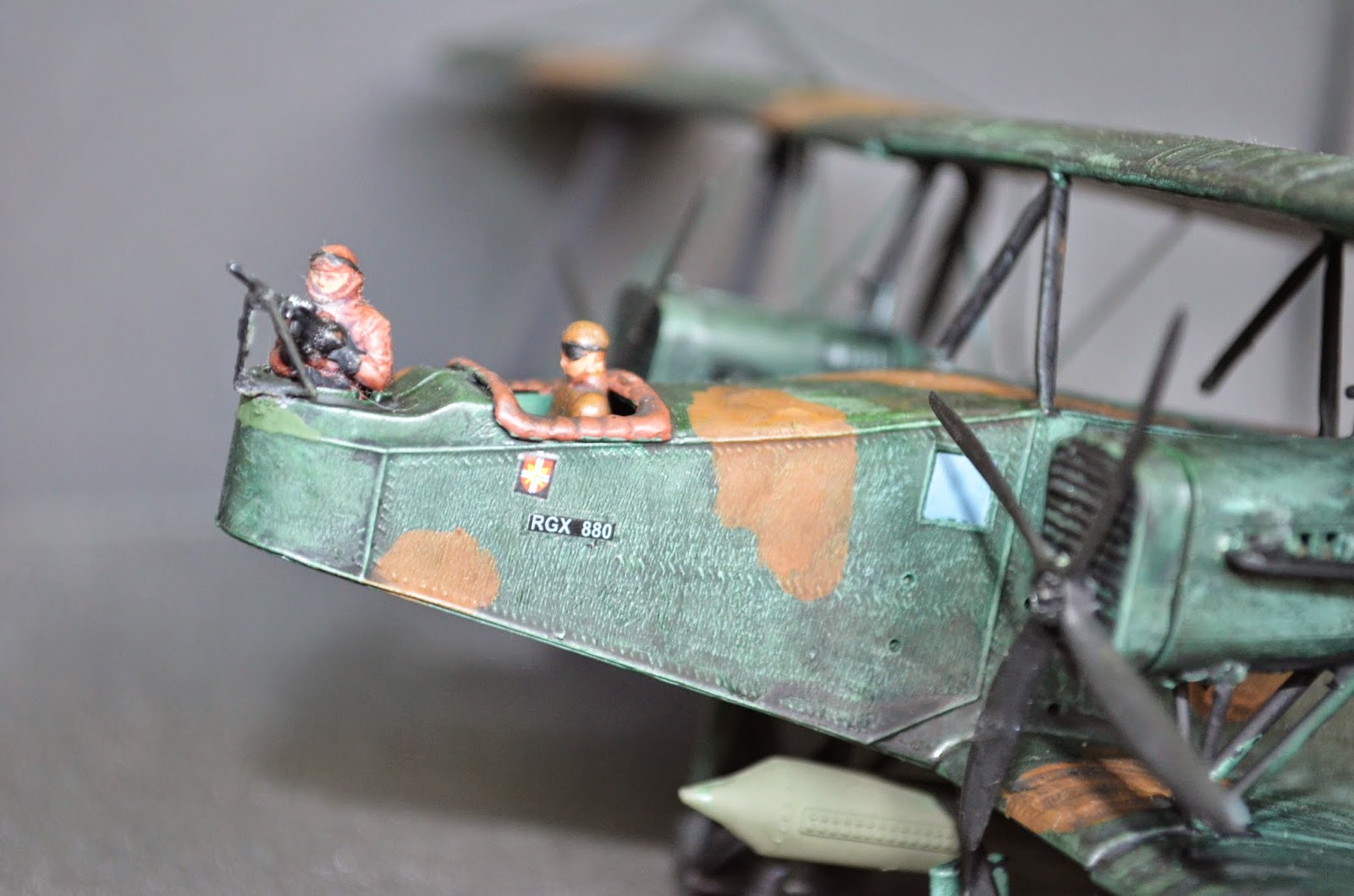 The pilot is from an old Monogram kit 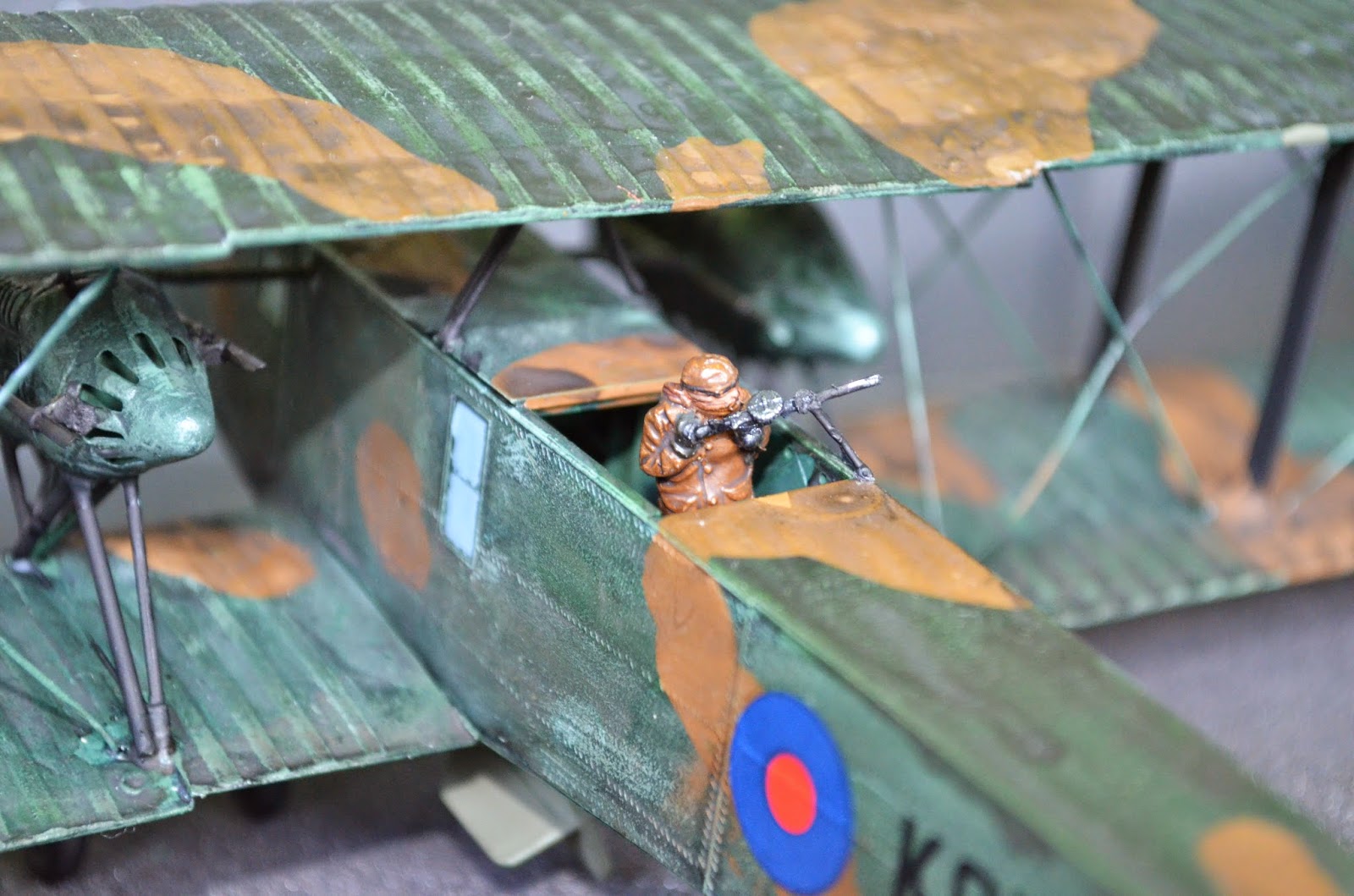 Mid-upper gunner is from Airfix 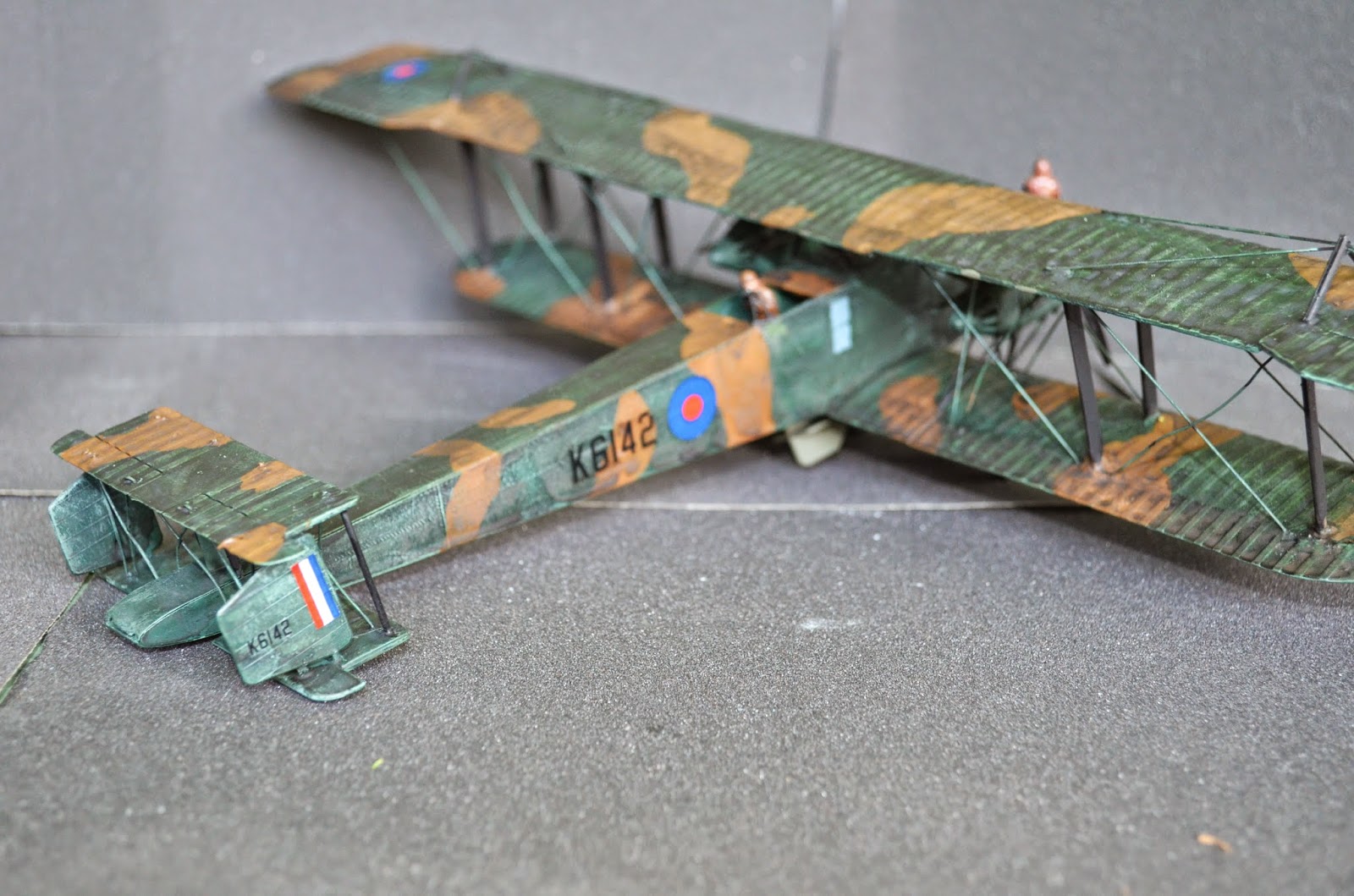 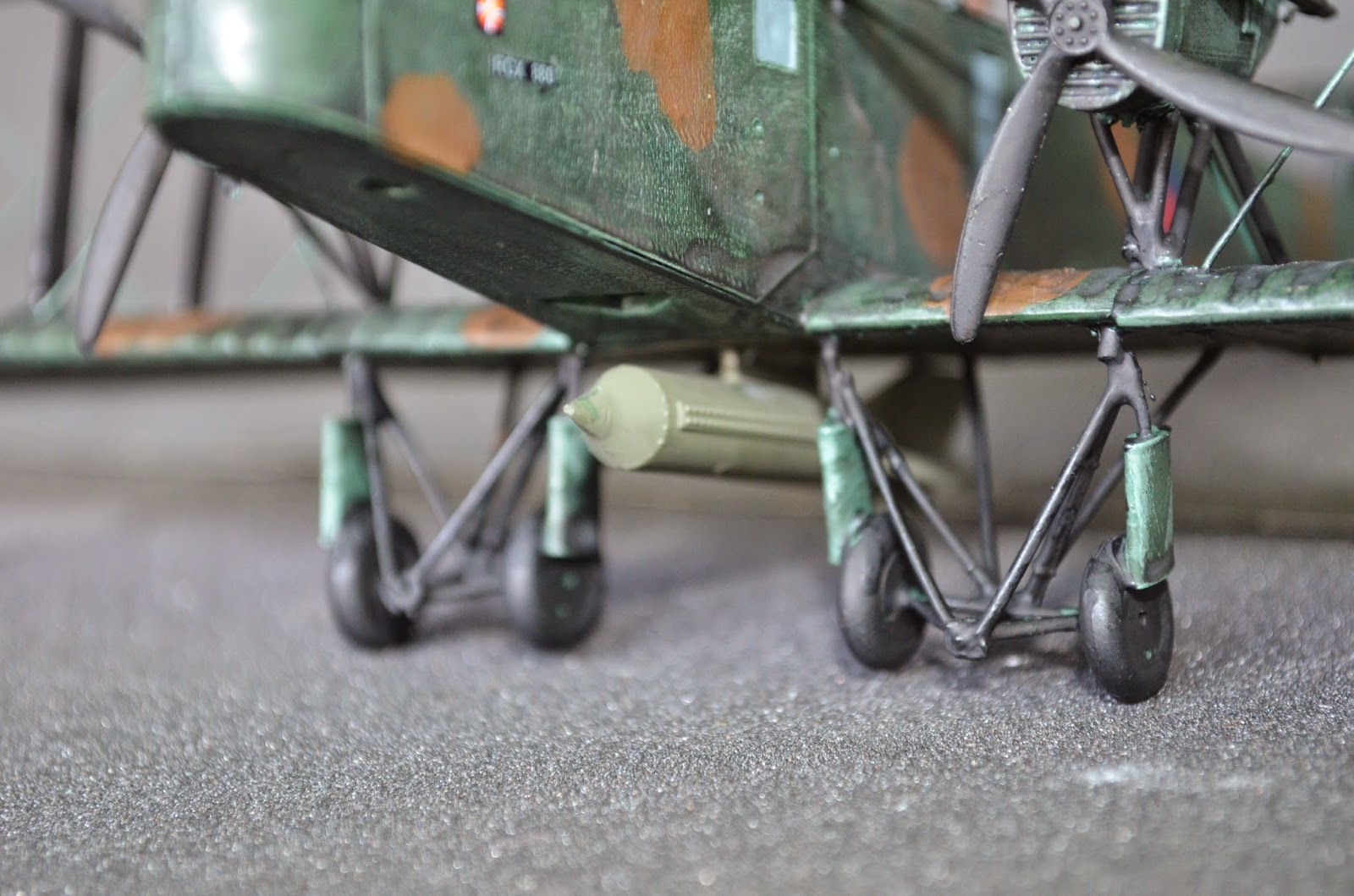 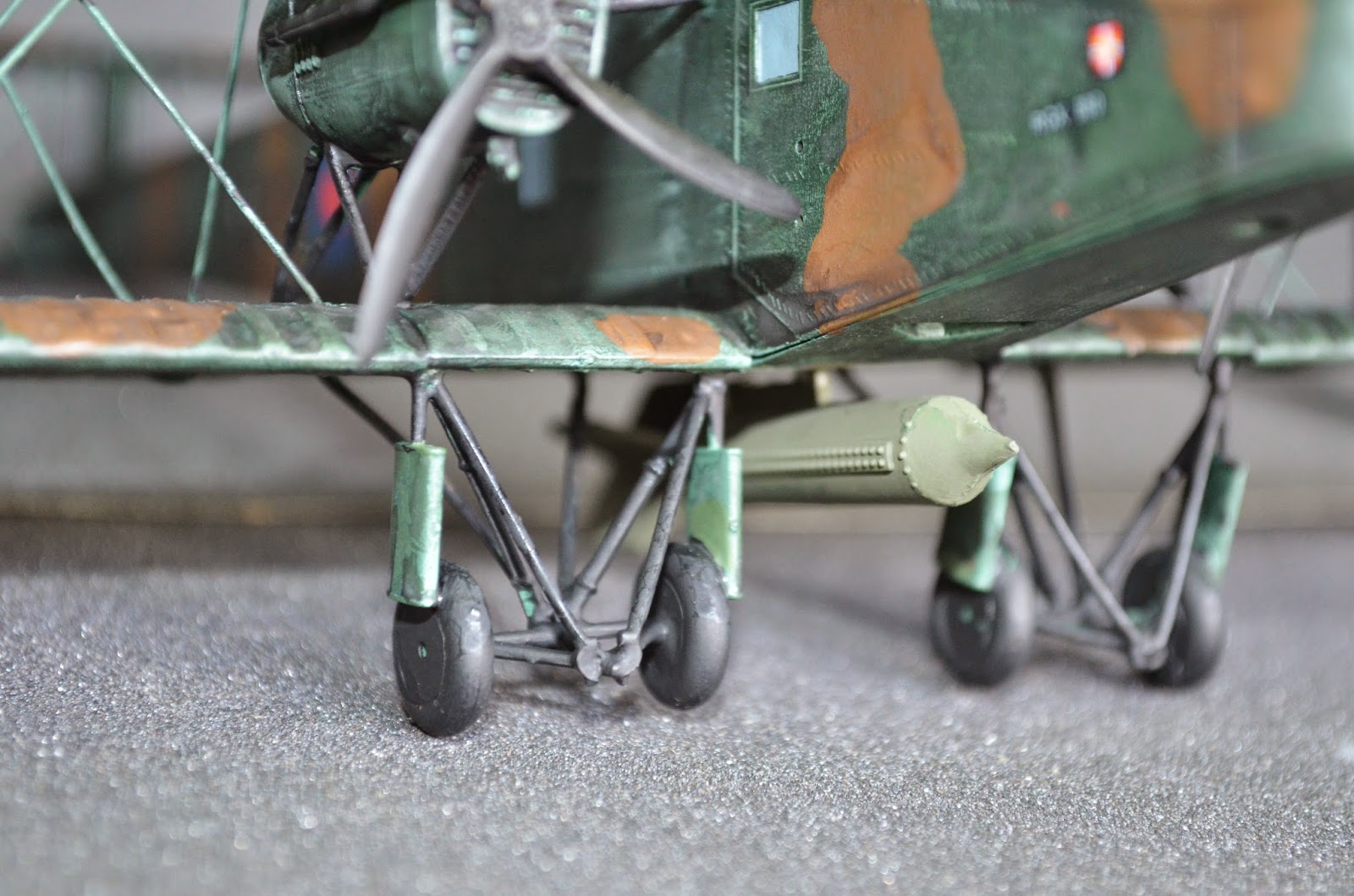 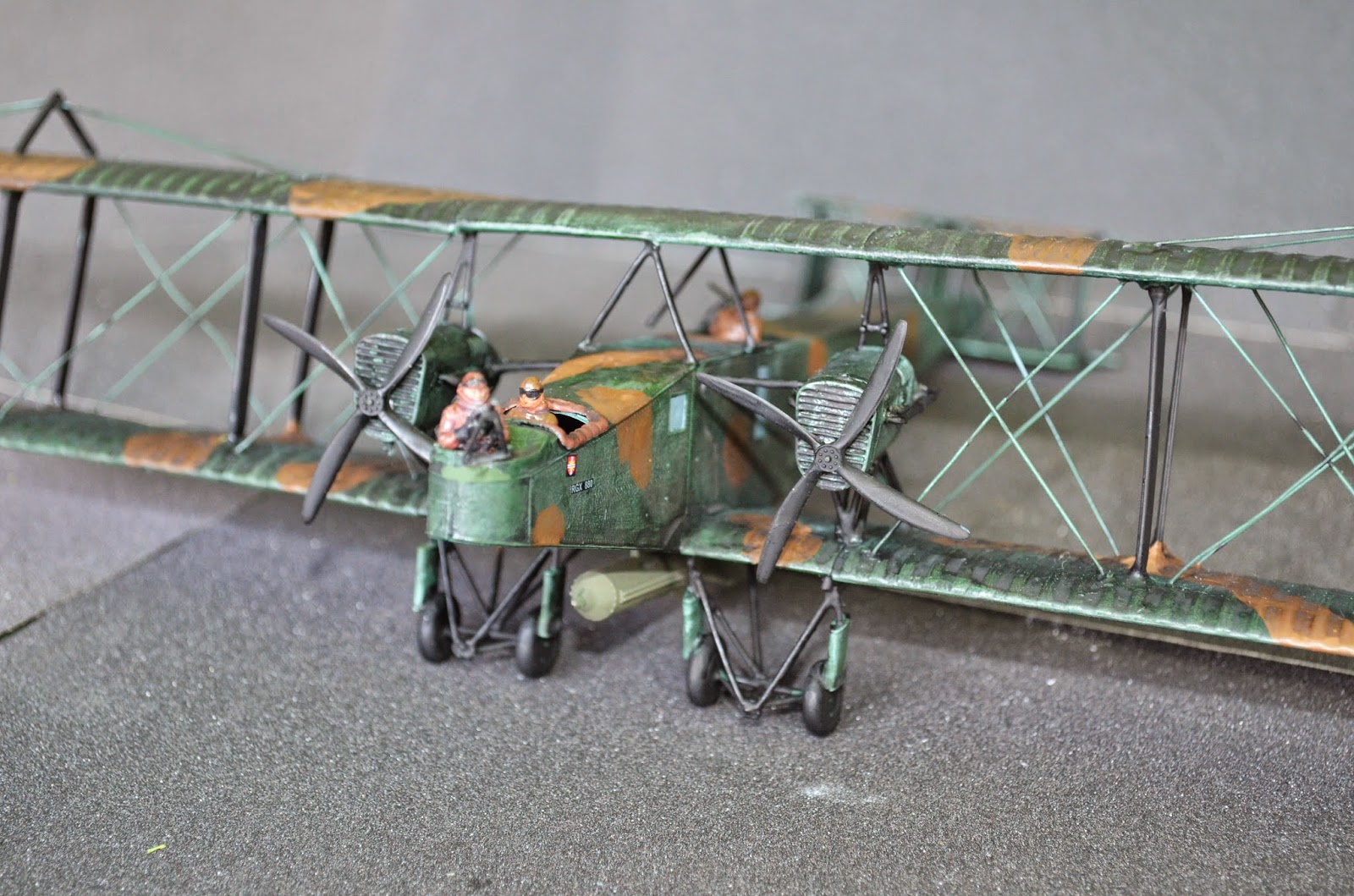 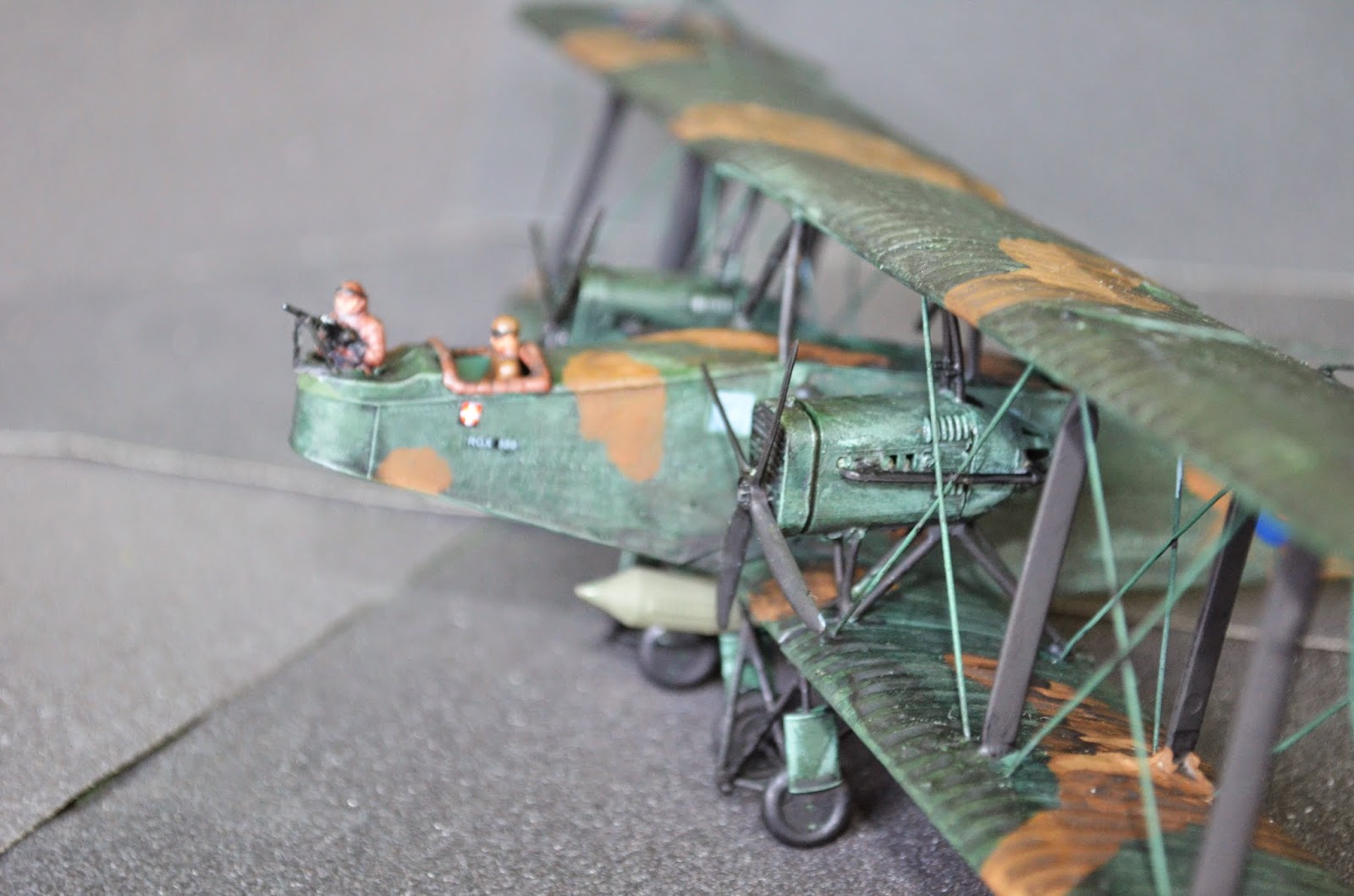 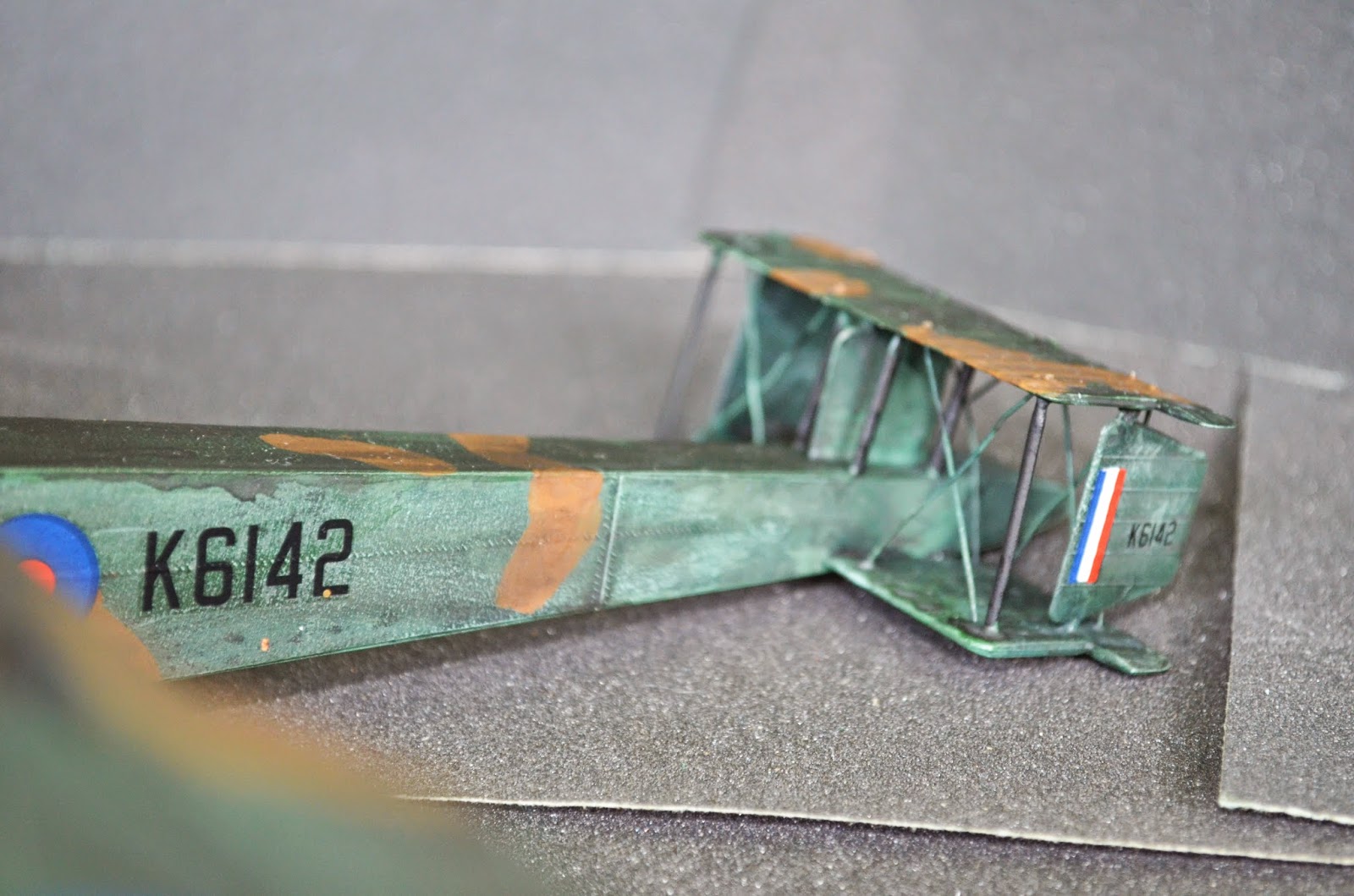 Decals are from what I had lying around, the originals all broke into pieces when I put them in water; I hate decals :) 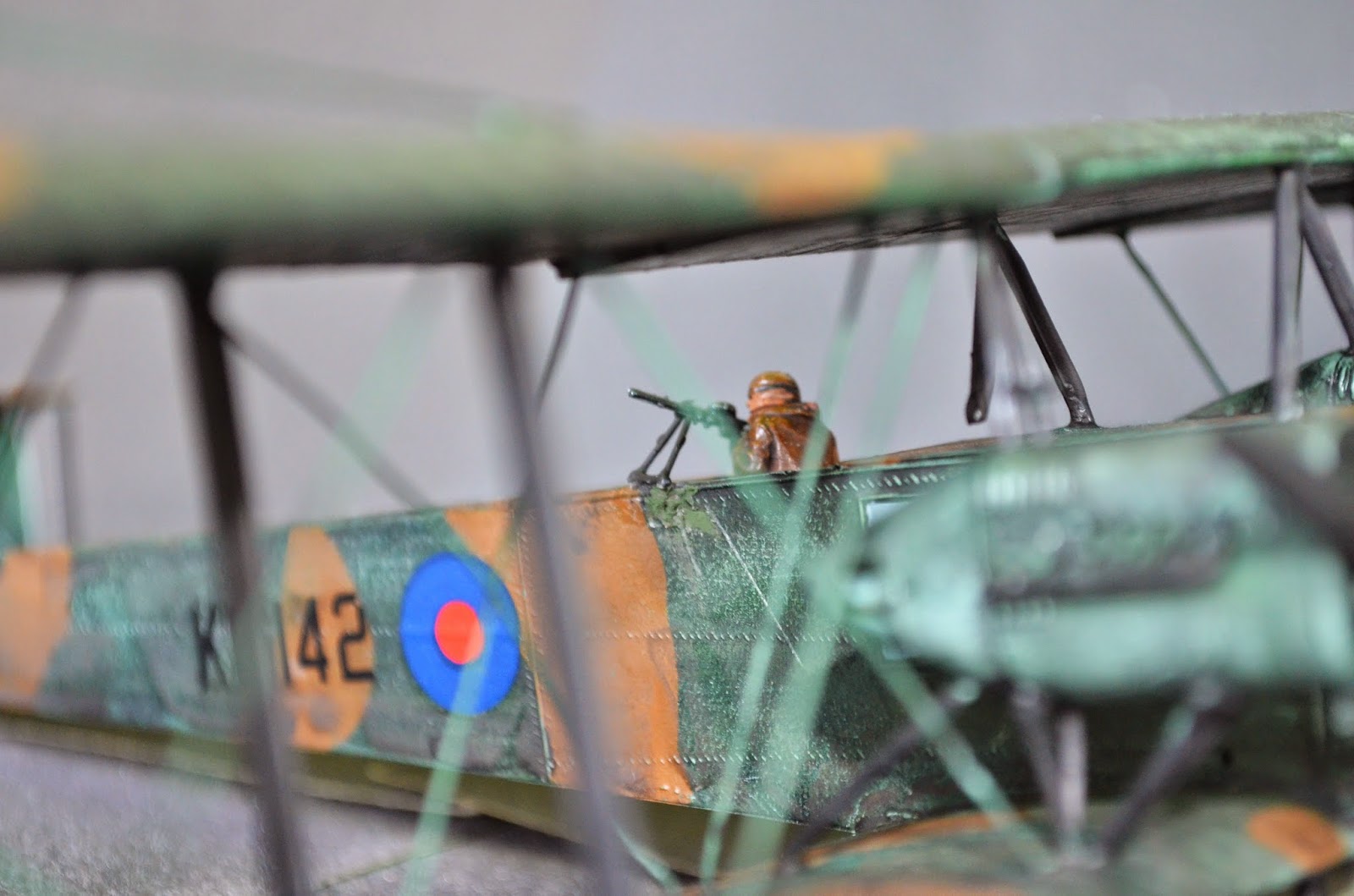 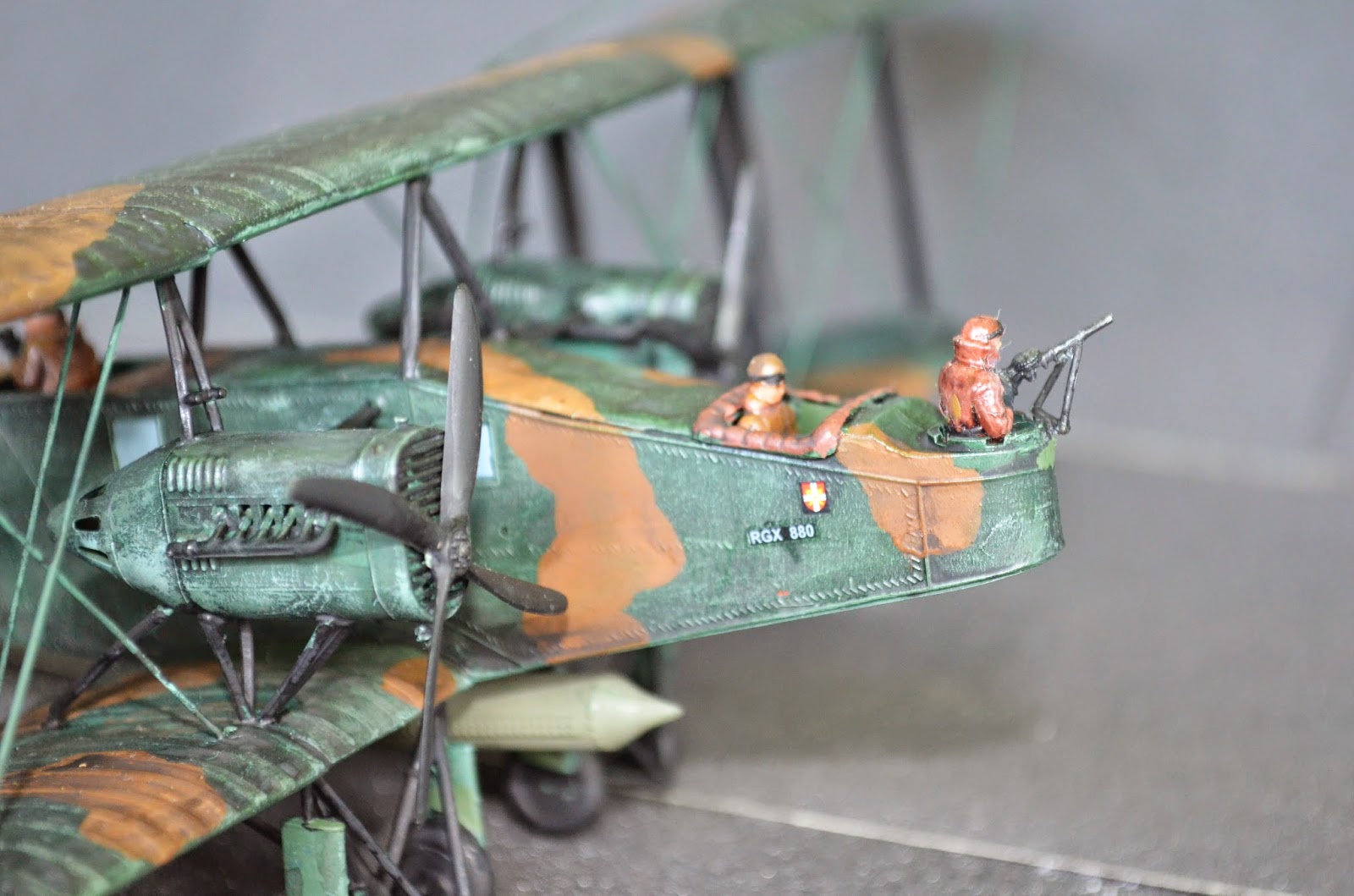 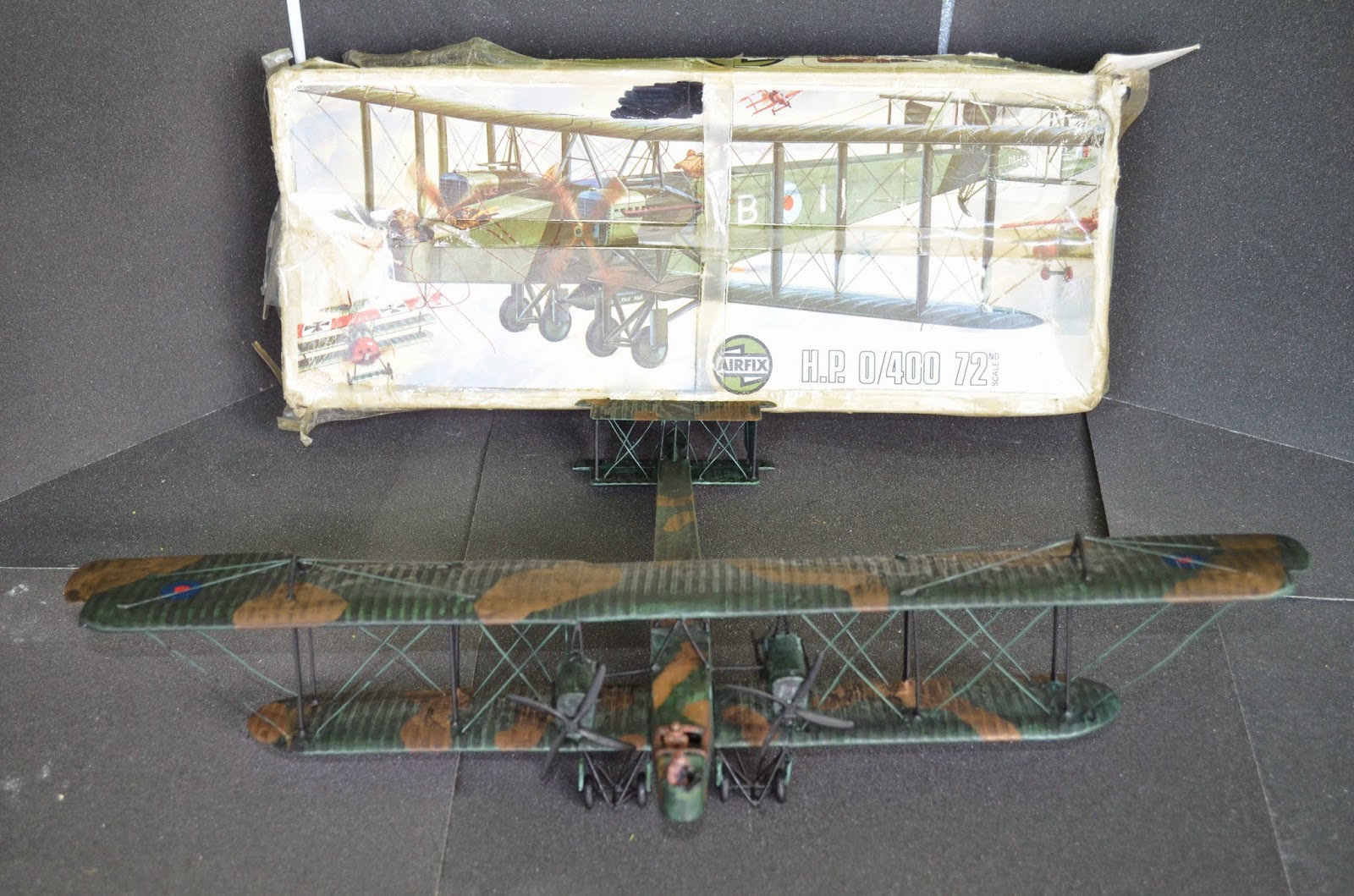 Invented paint scheme. This model will certainly see tabletop action at some stage. This was an extremely difficult kit to build owing to vague instructions, missing parts and my unfamiliarity with rigging such a large model. Still, I am happy with the overall outcome and very pleased to have it in my collection.