I have another two battalions on the work bench as well. This first regiment will be early war (39-41), almost entirely Airfix figures in composition, and hopefully have about every third or forth figure modified. These are all at the final touch up stage 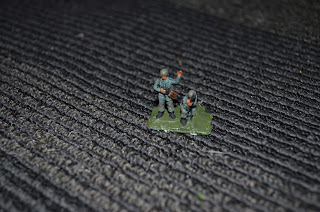 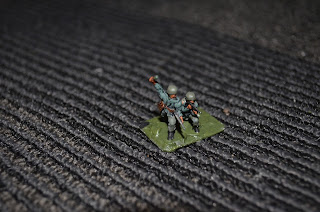 Won't mark their base numbers until I've finished all three battalions 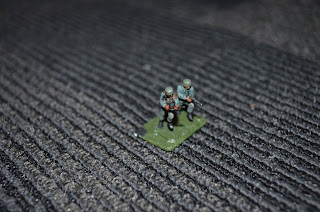 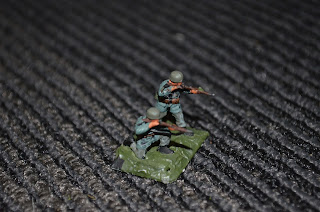 I tried a new approach with the way I painted these, heavy dry brushing over a black undercoat 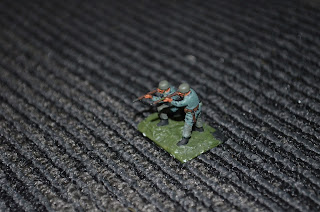 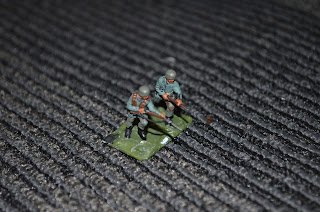 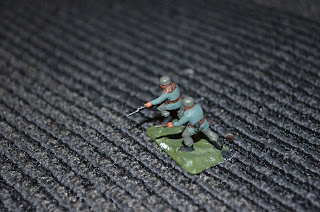 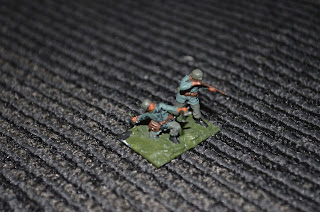 As always, some turned out better than others. I'm planning to start using a soldering iron instead of glue on future projects like this 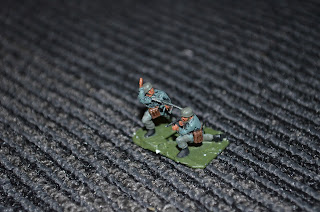 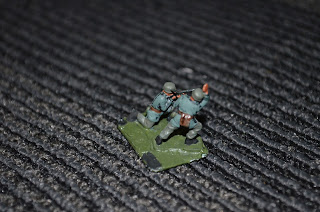 Slings and extra ammo pouches on most 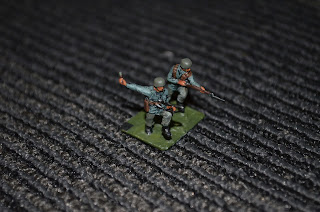 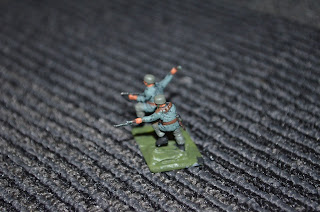 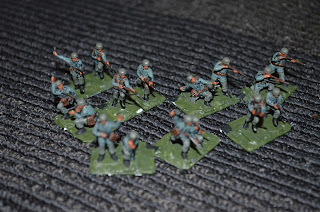 Each company needs mmg figures to be completed and there are not many available in plastic, especially since you only get a couple in a box. Problematic and still working on this one - maybe some drastic conversion on the right donor figure of a similar size to the Airfix ones?