This is the second battalion of my work in progress later-war regiment, again I had to use a few metals to make up the numbers 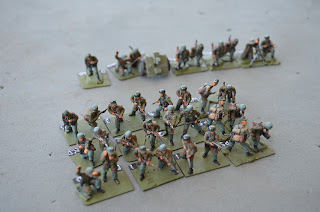 The Italeri figures are quite large and don't mix too well with others, nice figures though 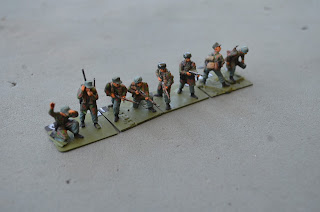 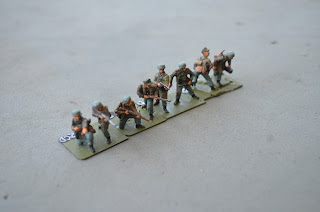 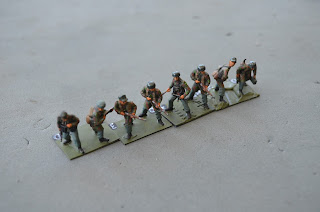 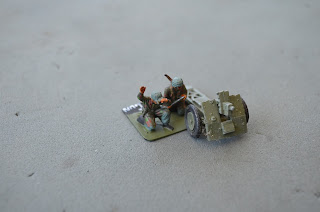 Some para units had recoilless infantry guns, which I don't have any of, so here is the gun platoon beside a HaT model. I think RAFM do a 105 in 20mm 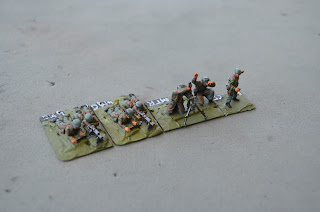 I might have just enough figures left over for the rifle platoons in the (planned) third battalion, but may have to go with metals again for the machinegun platoons, as shown above.