One of the games played over the last few days, the Battle of Messines 1917. This depicts the attack of the New Zealand Division against the actual village of Messines itself. 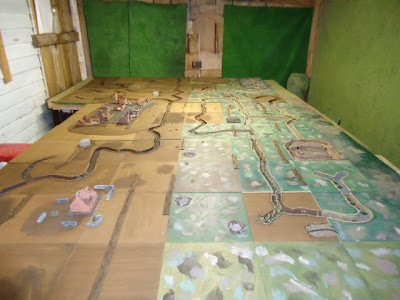 Swayne's Farm on the right of the German positions, this was held by a reinforced rifle company, and largely unaffected by the detonation of a huge mine in this area. 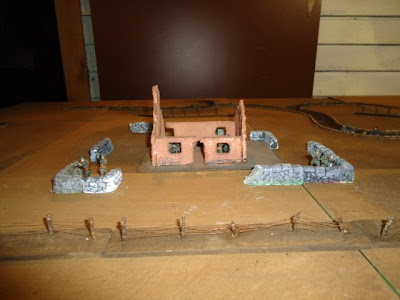 One of the few intact German pillboxes, this one guarded the communication trenches between the farm and the village 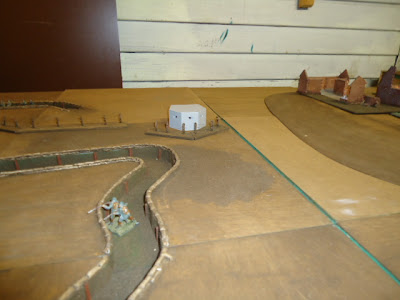 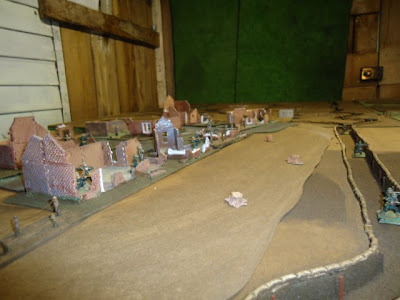 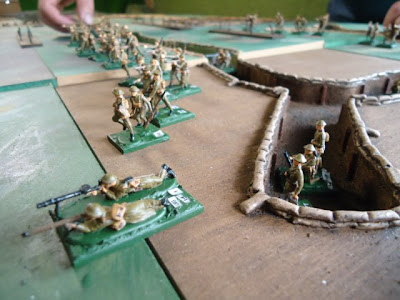 Germans in the ruins of the village, extreme German right of this position 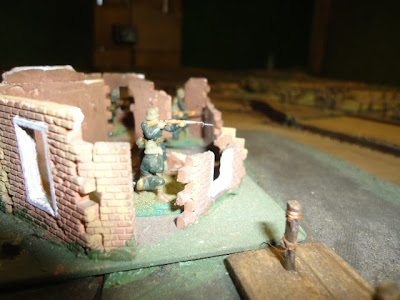 Some of the defenders of Swayne's Farm. This was an important position as it guarded the very thinly held German right 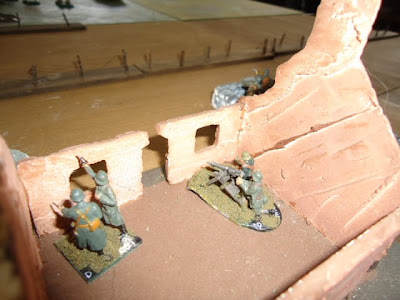 New Zealand support units fire at the village from extreme range; Lewis Guns were less useful in this role 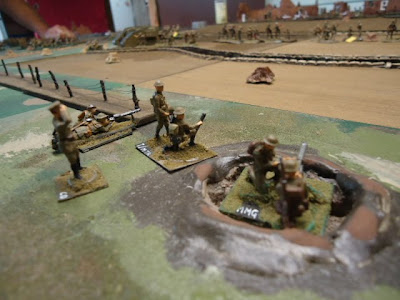 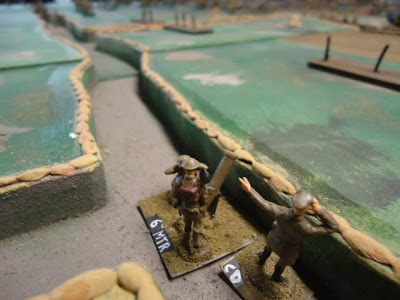 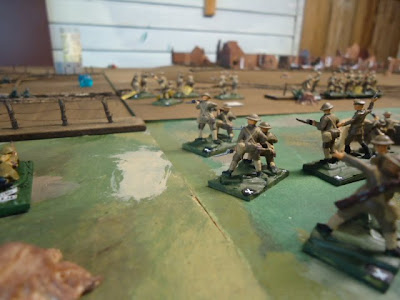 German support position on the extreme left of their line, although elevated they were too far from the general fighting area to provide much support 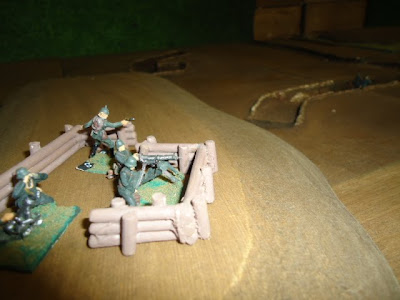 Damaged German platoons in the forward village area, they suffered quite heavily to continual allied 4.5" howitzer fire that was pre-registered on their position 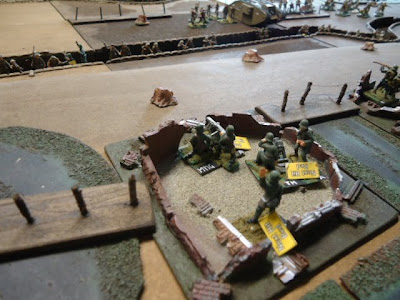 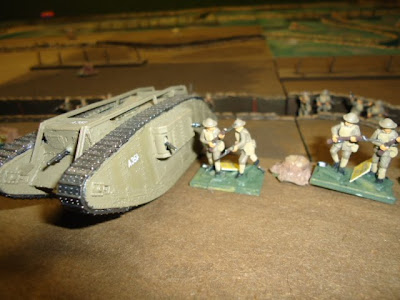 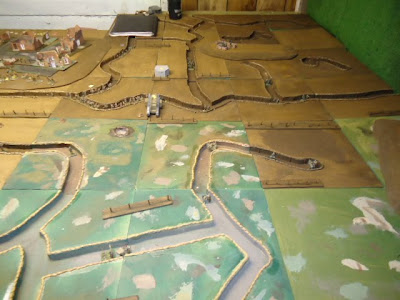 Pressure mounts on the farm defenders. They were holding out quite well until a tank arrived and started smashing things up; as it did historically. 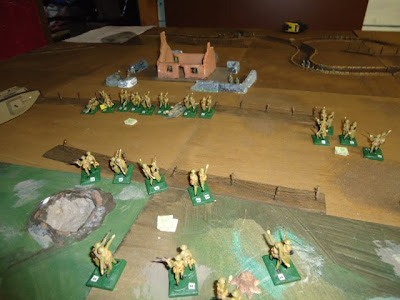 More Kiwis directly in front of the village. The German casualties in the fore were the defenders of the frontline trenches that were obliterated by the mine explosion, only a couple of damaged platoons made it back into the village 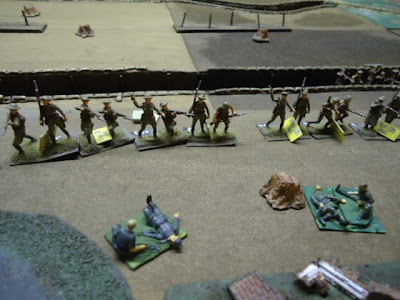 German commander attempting to rally a section of the village defenders 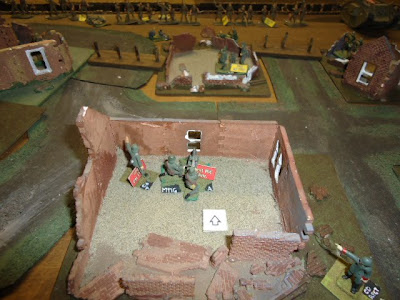 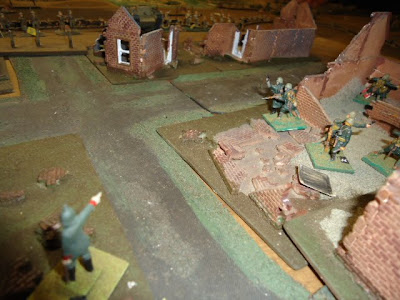 This is from about turn six, most of the farm position has been cleared with just two German platoons stubbornly holding out 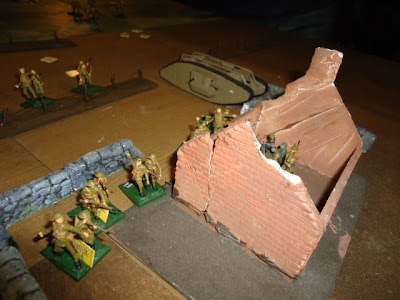 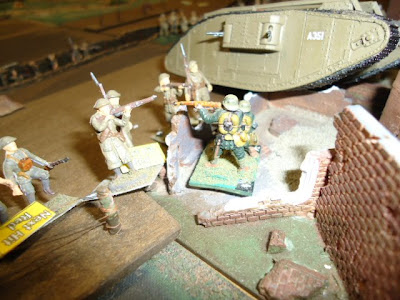 Same time and place, just showing more New Zealanders moving into the village where house to house fighting was going on 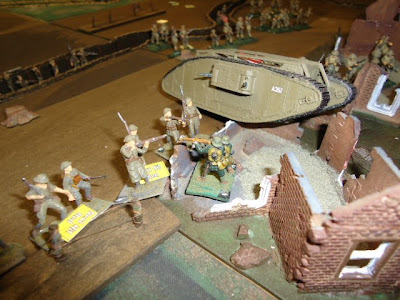 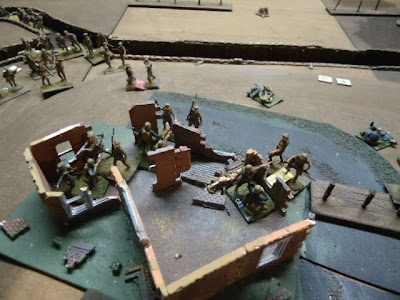 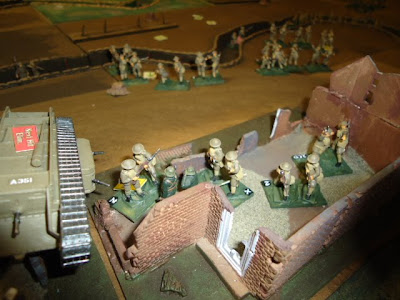 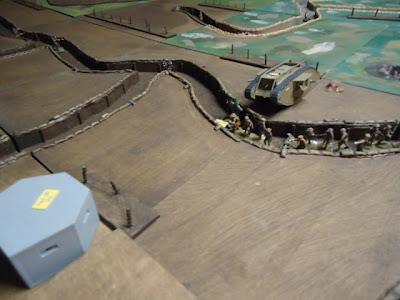 Kiwis damaged and a little shaken but firmly in control of this section of the village, they had no trouble beating off the token German counter attacks in this area 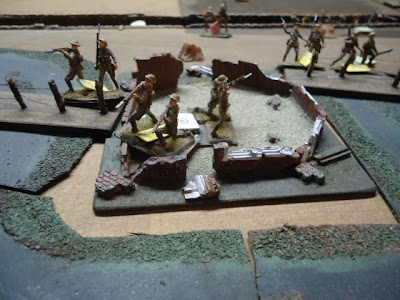 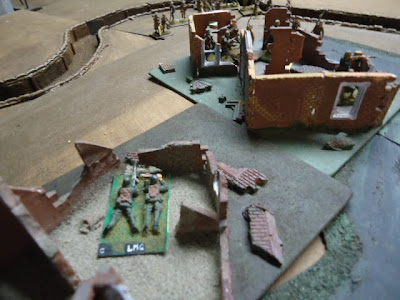 Demoralised German units attempt to rally towards the rear of the village, crucially this was one of the few areas safe from support artillery fire 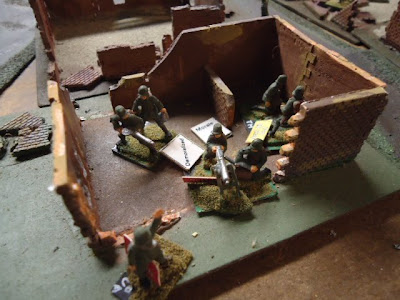 The Germans attempted counter attack to recapture Swayne's Farm is stopped dead by the damaged tank and its supporting infantry, this was the last of the small German reserve force available for such tasks 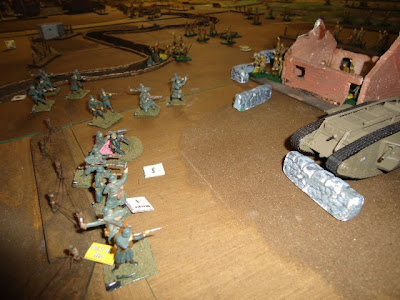 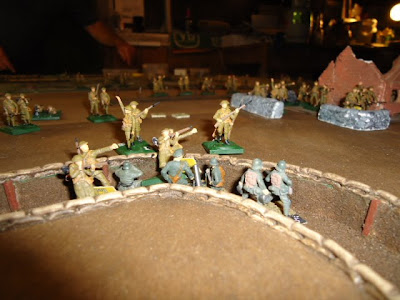 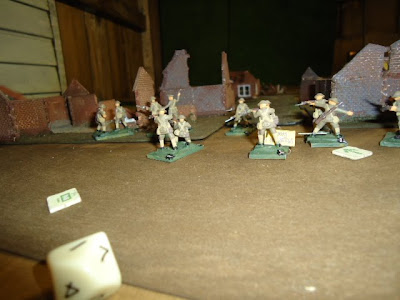 We played nine out of the ten turns allocated for this game, the Germans didn't really have enough undamaged anything to bother playing the last, and 3/4 of the village was in allied hands by this stage in any case. The house to house fighting still going on was not going to affect the outcome, so we called it at this stage. Good game.
Posted by Al at 8:29:00 AM