The second of the three games played over Games Week 2011. This game is from the very northern part of the Polish counter attack, the so-called Northern Front. Our game picks up the action from the 23rd of September 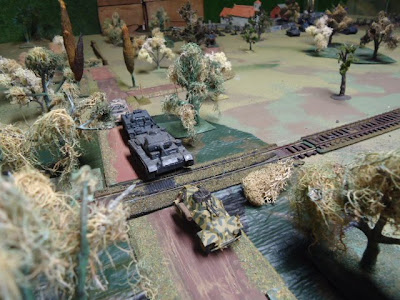 German forces moved much faster than the Poles, thus gaining far better field position on the opening couple of turns 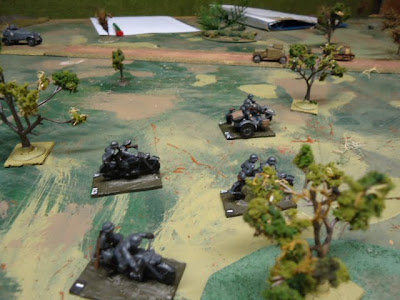 German motorcycle infantry stalled the Polish left by dismounting and digging in around the only hard cover available in this area, repeated attacks by cavalry and infantry failed to move them until the last few turns of the game 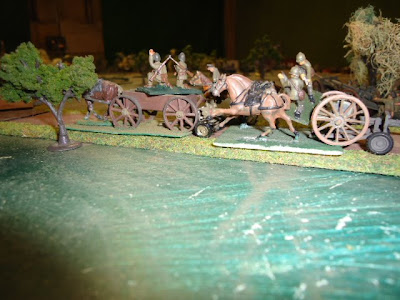 Polish anti tank battery moving up. The Polish armour was outnumbered by about 3/1 so this was an important unit and needed to get into action quick
Jazda wyciągnąć cła zbiornika wyrzutnie 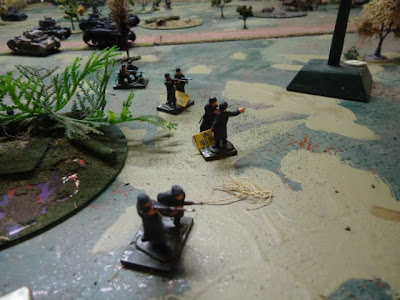 German right. The dismounted motorcycle infantry is strafed by the Polish Air force causing a few casualties but not enough to force them to withdraw
Wymontować motocykla piechoty bloku polskie góry 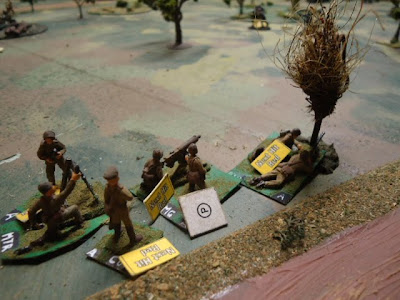 One of the first Polish infantry command units to come into contact with German infantry. They were forced to halt a bit short of their objectives due to the casualties they had suffered in trying to advance so quickly - figures are by HaT and Esci
Polskie dane liczbowe z kapelusz i Esci 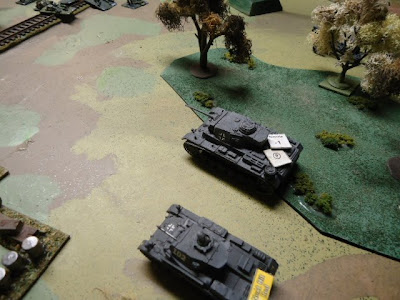 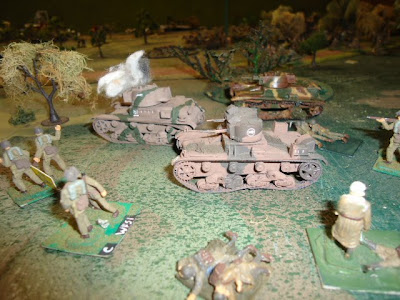 Extreme left of the Polish advance. One tank platoon and several infantry platoons are hit hard after a violent encounter with German panzers; despite being vastly outnumbered here they continued their advance long after it was tactically useful
Big zbroje i piechoty kolidować z Niemców 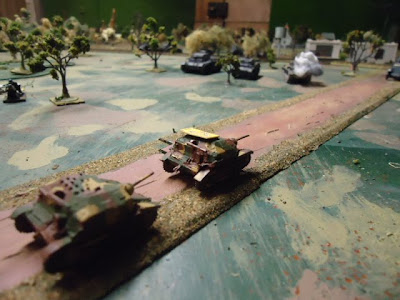 Tankettes continue to hold the road. This unit attracted a lot more attention than they could hope to deal with, and their right flank advance subsequently broke down as they were forced to engage more and more German armour
SPÓŁKĘ TKS gospodarstwa linii bardzo dobrze 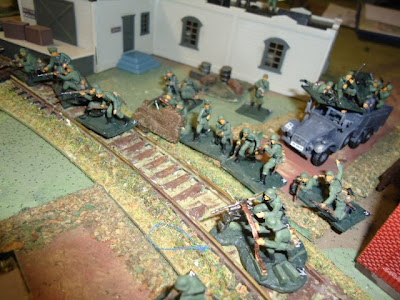 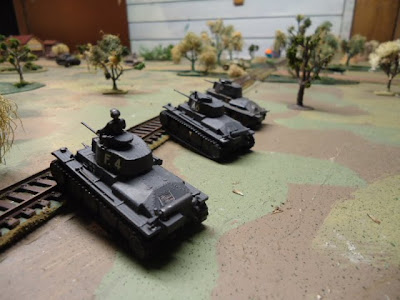 More panzers arrive near the fighting, it was hoped that these would drive left-of-center, as the Polish left was starting to make a little headway, no such luck however, Dave threw them head on into action in the only place the Poles weren't already outnumbered 2/1
Polskie siły zbrojne są danych przez 2/1 z jego przybycia z tych niemieckich czołgów 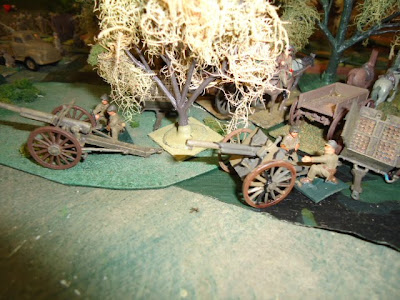 Polish 75s firing in support of infantry still pressing their attacks. These actually engaged the some panzers over over sights a bit later on with some success
75mm artylerii 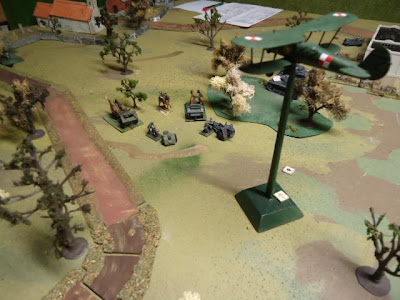 When available, the Polish Airforce did all it could to strengthen any attacks still making ground. Here the German regimental gun company is strafed by mg fire, pinning them for a couple of turns - we know the Polish never used Bristols.
Ataki polskich członka niemieckiego broni palnej spółki-proszę pretekstem do Bristols:) 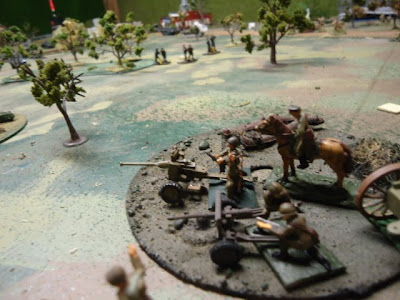 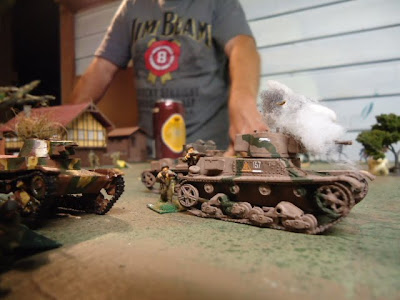 Turn 9. Polish infantry taking cover behind a wrecked tank. This was the only area still moving forward but it was getting harder and harder as more German armour and as yet uncommitted infantry arrived to secure this part of the battlefield
Zbyt wielu Niemców do kontynuowania idąc dalej-ataku straganach 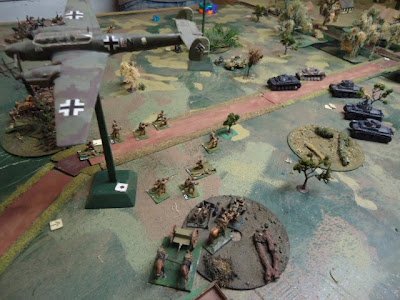 Last turn, 10. Most of the gains the Poles made were checked, there was no flanks left to get around and everywhere they were engaged it was a best even, so further attacks would merely have meant more casualties, which doesn't look good when you're deciding the outcome. This one was a draw, but if it had carried on a few more turns they would have lost. I thought this was a good outcome because the disposposition of my infantry and armoured elements was decidedly stretched. Wouldn't mind doing this battle again, but starting it from start or middle of the event, rather than near the end.
Dobry gry. Zakończył się jako wyciągnąć
Posted by Al at 6:37:00 AM