This is the third time I've played this battle, it is a most challenging CD3 scenario. 15 May 1940, Grossdeutchland Regiment supported by armour from 10 Panzer Division takes on 3e DIM and armour from 3eDLC for control of the hilltop village of Stonne. I played the French and Gerard the Germans. 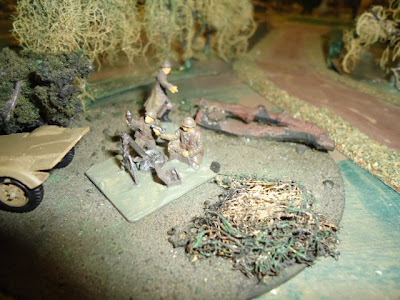 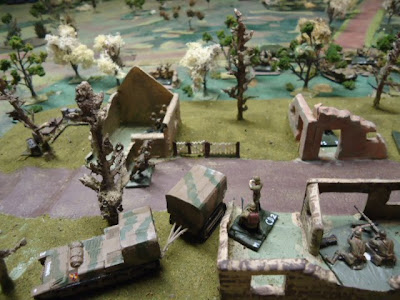 French defenses in the northwest corner of the village 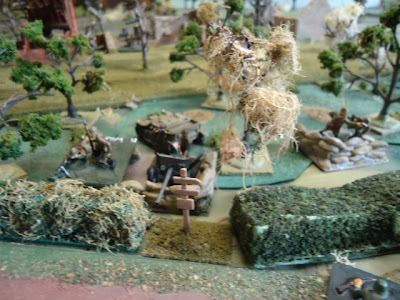 Weapons platoon and AT gun at the bottom of the hill, the hedges represent a sunken lane that could not be fired into without difficulty, so providing excellent cover for the Germans 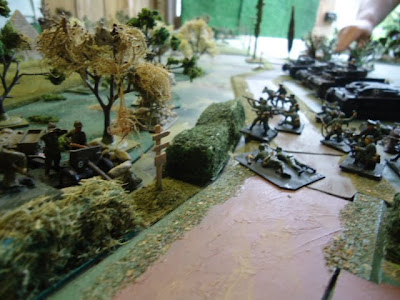 This is about turn 3, Gerard times his infantry assault perfectly with the arrival of his armour, and the French were struggling from here on in 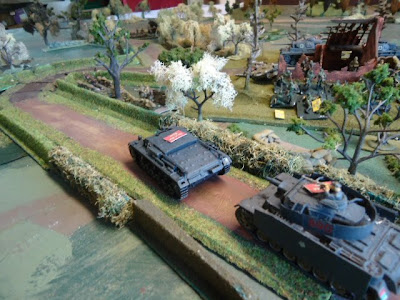 the Panzers would block the lane if destroyed in it and despite my best efforts Gerard got away with this bold early move, the Stug is by Dragon and the PIV a conversion of sorts 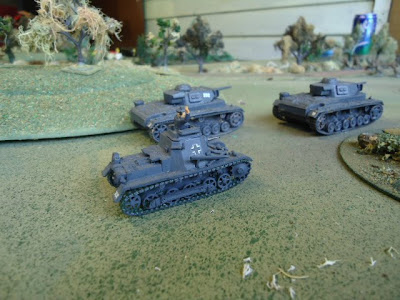 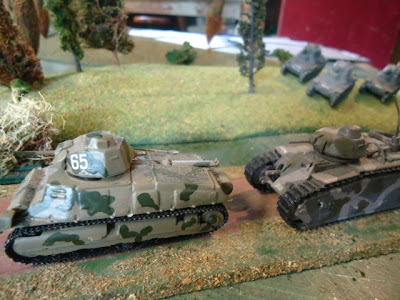 French armour arriving on the same turn, but they had a lot more ground to cover. S35 (wish you could still get these) is by Heller, Char B is Matchbox 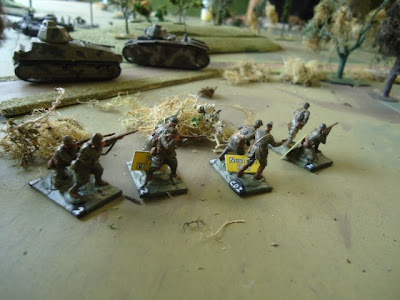 Turn 8. This company was caught in an artillery barrage on their way to support Stonne, luckily their morale held and they advanced in behind the tanks 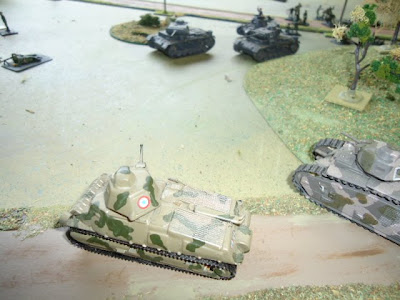 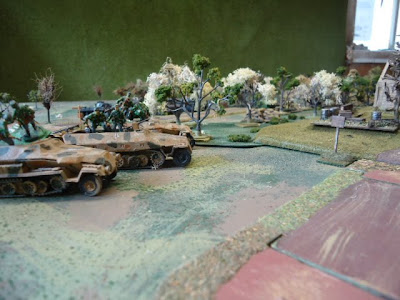 Assault pioneers begin their drive into the rear of the village, and with most French reinforcements still a couple of turns away things fell decisively in favour of the Germans, despite their growing casualties 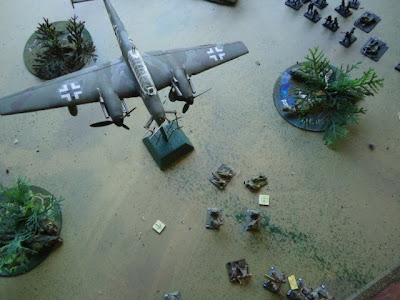 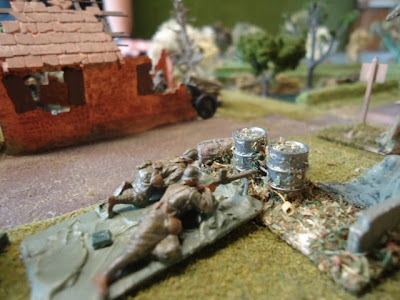 LMG platoon on the eastern side of the village, Pegasus figures 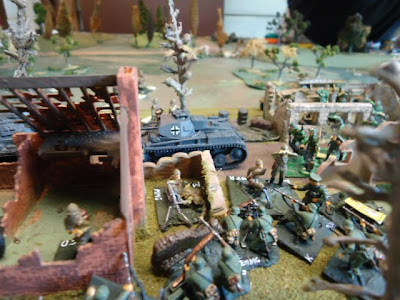 With all of the French reinforcements tied up in their own battles outside of the village, the Germans began to overwhelm the defenses quite rapidly 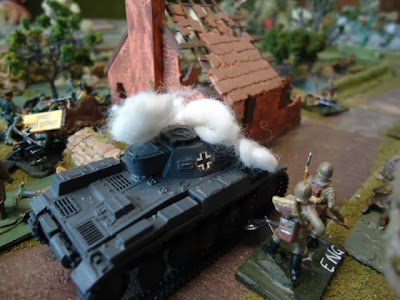 The last say went to this French engineer platoon but I think they were one of only two undamaged platoons, in good morale, still fighting. All in all it was a fairly even game until about turn 7 when the Germans had all of the kit in the right place at the right time for the final assault. Thanks to Gerard for the game and Bob for the scenario http://homepage.ntlworld.com/bob_mackenzie/
Posted by Al at 4:51:00 PM