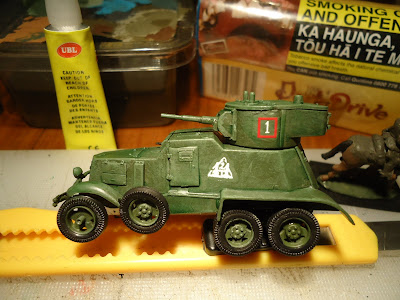 Another early one this. Though pretty much obsolete by the start of the war many of these were still in service up until about 1942, when they began to be replaced by T60 & T70 tanks 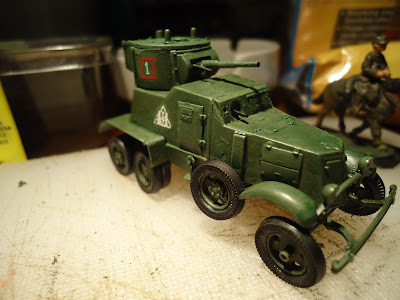 This one is by Unimodel. I like the range of their kits but on a few that I've done it is sometimes difficult to tell where the part stops and the sprue starts, which for me inevitably leads to construction problems; this one was no exception 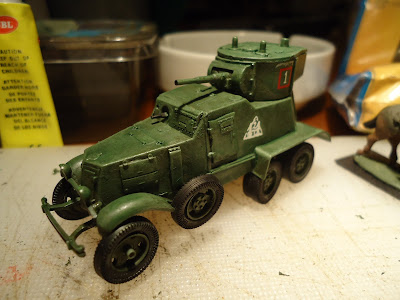 Velleyo Russian Green as a base, about three lots of highlightings, followed by a couple of washes of Citadel's Thrukka Green. It's okay, but I would try a different brand of kit if I was going to do another one. A good addition but not a great one.
Posted by Al at 7:28:00 PM