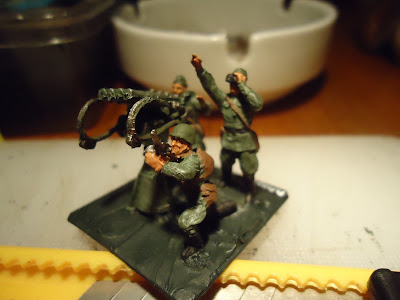 Been working on these off and on since they arrived last week, Orion's latest offering of WW2 figures 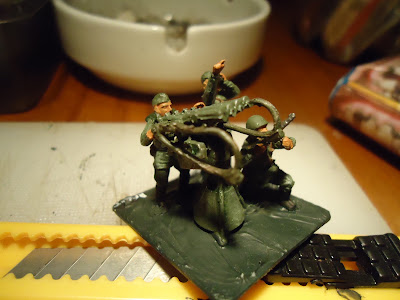 The sculpting is quite good although there was a little flash to remove, still they paint up well. CD doesn't normally require three figures on the base to represent the platoon, but with a number of them pointing their weapons skyward I thought I'd use them anyway 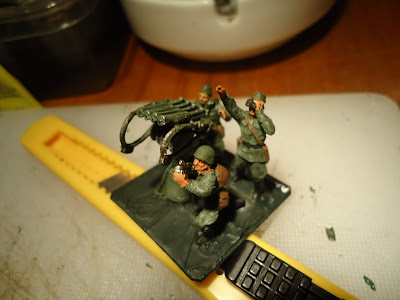 This unit appears in a variety of places in early war Russian OOBs in particular, but most commonly at the regiment or brigade level. You get a few other poses of figures in the anti-aircraft mode also, and I will try to use some of them on the next stand I do just to make it look a bit different from this one.
Posted by Al at 6:18:00 AM