I took a trip south yesterday and umpired a game between Gerard (Russians) and Byron (Germans). The game depicts a last gasp counter attack by German forces against the lead elements of the 6th Guards Tank Corps, east towards Kurozweki whose capture would have provided a staging area for further offensive operations against the Soviet hordes 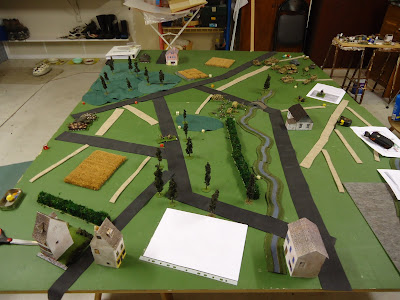 The table looking west from Kurozweki, the main German objective 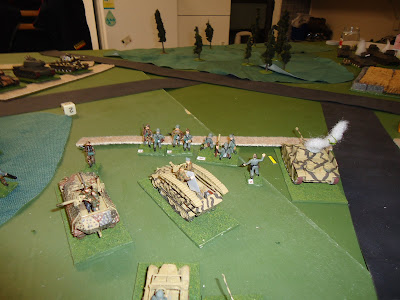 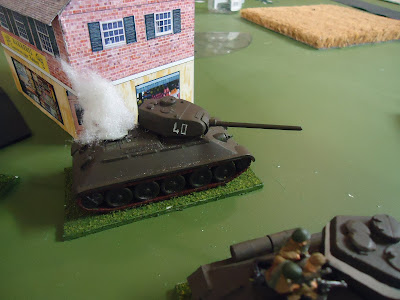 The German reply is effective but the Russians have far greater numbers and their advance continues, T34 by HaT with SHQ tank riders in the foreground 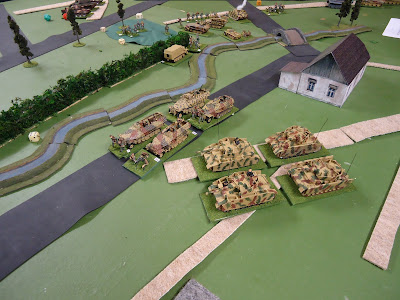 Turn 3. Despite some early set backs Byron made a bold advance on the main German objective with a company of PzIVs supported by another of armoured infantry 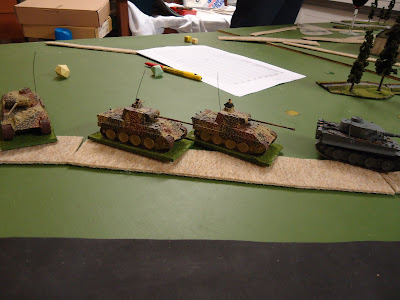 And, in the same turn brought his heavy tanks into the fray. Things were already looking shaky though as more Russians pushed forward, limiting his room to manoeuvre 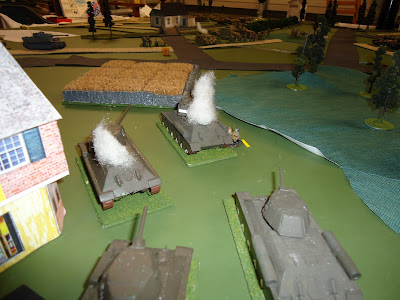 Turn 4, despite this company suffering 50% casualties they continued to apply pressure to the German flank and remained in good morale throughout 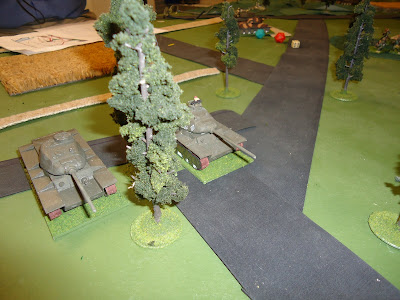 Extreme left of the German line. Russian KV85s move to the outskirts of the town of Kurozweki, KVs are some of Gerard's excellent scratch builds 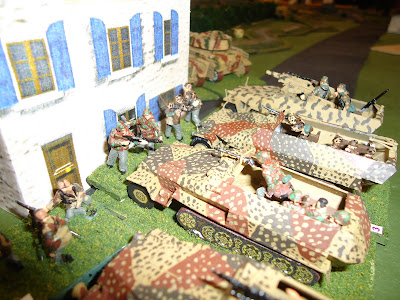 Byron's Panzergrenadiers secure the town but can do nothing else at this stage as they have nothing that can really harm the KVs on the other side of it. Figures here are mostly Caesar and the 251s are scratch builds 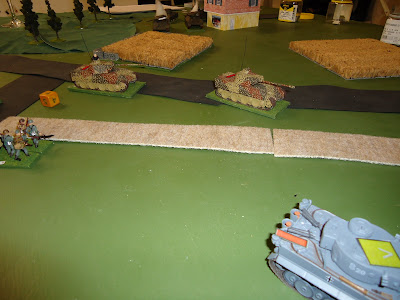 On the western side of the battlefield things start to go horribly wrong for the Germans. Here, Soviet armour advancing west from Mokre force the Germans into giving up up good field position, and most of their heavy armour is crippled in the process 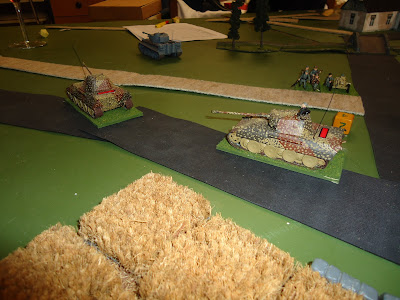 The resulting withdrawal of the German heavies. Panthers are either Airfix or Matchbox 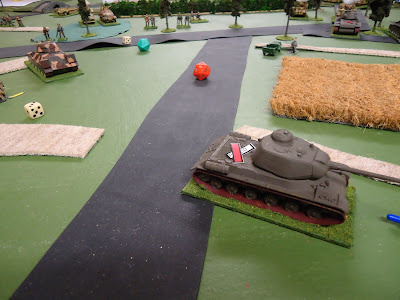 Turn 5. The Germans enjoy a small respite from the Russian advance by forcing a heavy tank platoon from the fighting now just 1500 yards from Kurozweki 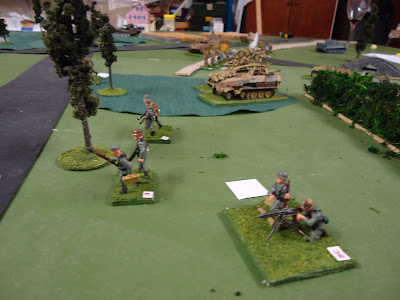 Same turn. Byron pushes his infantry forward in an attempt to support his drive on the town as there is still a small chance that success here will swing the game back in his favour, these figures are by Valiant 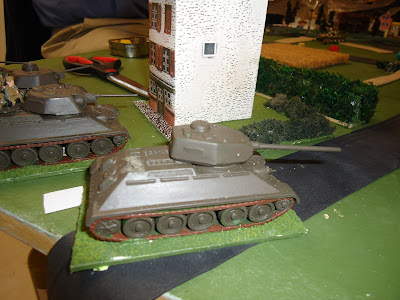 Turn 6. More Russian reinforcements arrive in the Kurozweki area but as they only have a few tank riders they cannot really afford to make a full scale assault on the town, German infantry now having been in possession of that for a couple of turns, and fairly well ensconced they were too 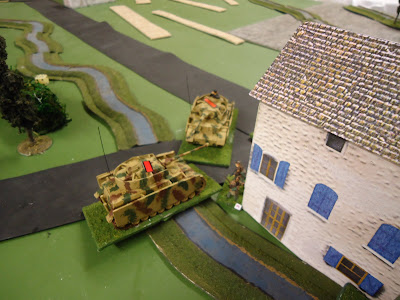 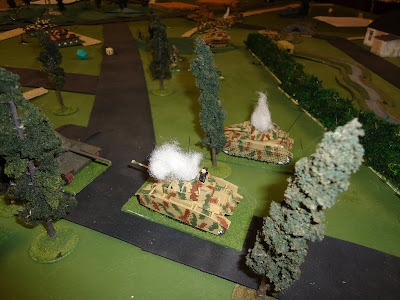 Turn 6, last turn. What was left of the PIV company attempts to smash its way through the lead Russian tank platoons and secure the ground west of the town, which would have made things difficult for Gerard's Russians, to no avail however, the PIVs are no match for the KVs 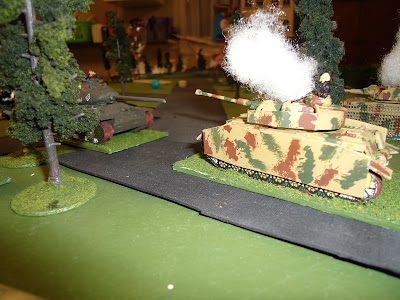