This is the second battalion of these I've been working on, and should have enough figures to complete an entire regiment. Painted with Vallejo English Uniform, and Citadel washes. Mostly ACTA figures. 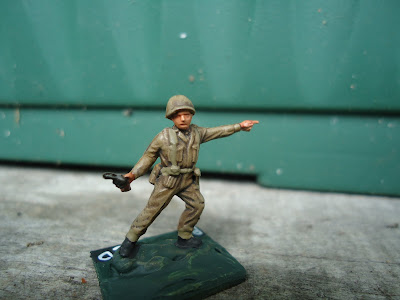 Battalion command stand, for CD this represents a group of between five and ten men 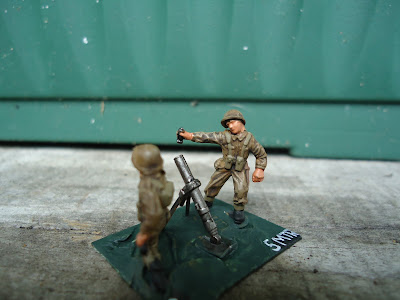 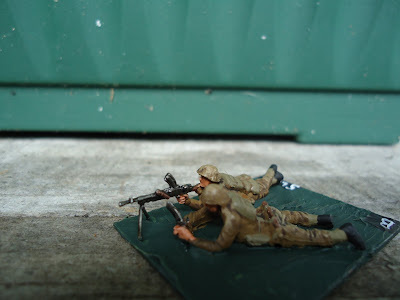 LMG platoon, unfortunately not the same scale as the others, part of several such equipped figures sent to me last year from Ireland 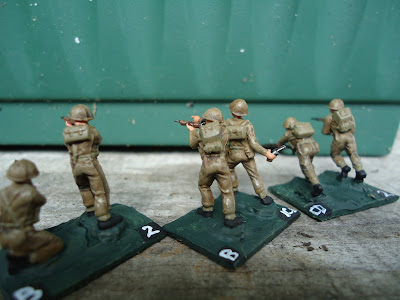 Most figures in this unit had backpacks added for variety 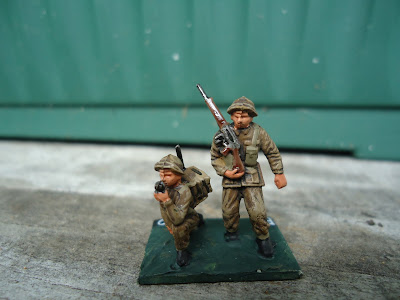 One of the company command platoons, no idea what set the figure on the right comes from, couldn't find any reference to it on PSR. Anyway, it had a SLR so off with its head 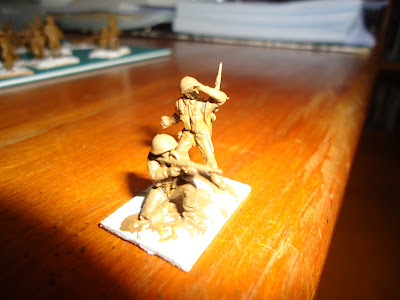 A before shot of a platoon which includes a modified figure 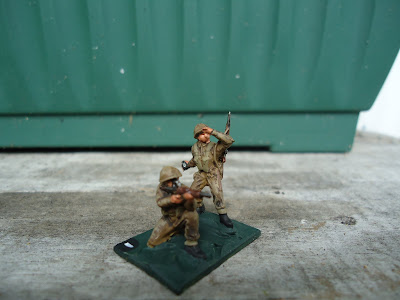 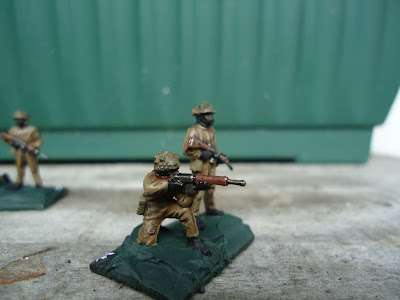 A platoon from the fourth line company wearing NBC kit 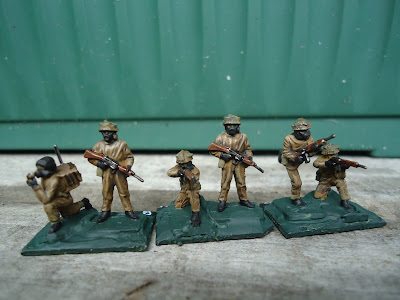