A few years ago I read a magazine article about WW2 British and US tank crews learning to operate German vehicles in case they ever had to use them against the Soviets, so these models might see some table-time for games up until the early 50s 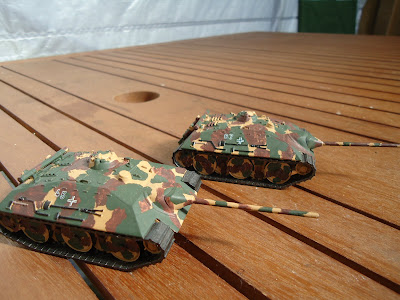 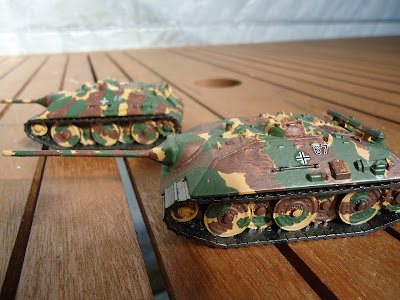 No idea of their armour or guns yet, but am guessing something akin to a Hetzer? 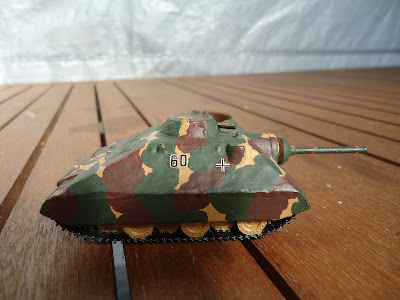 In CD these will count as having casemate weapons, which means they cannot be positioned hull-down 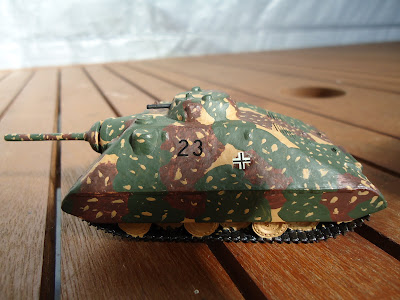 It looks as though one lot was based on a Panther chassis, the other a Hetzer or possibly a PzIII 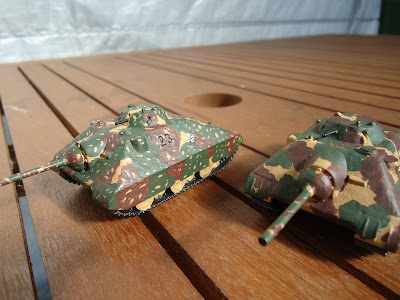 Would be interested to hear the rationale behind the manufacture of these as there is nothing comparable that I am aware of in this scale, and they seem a bit of a strange choice. Your thoughts?
Posted by Al at 1:59:00 PM