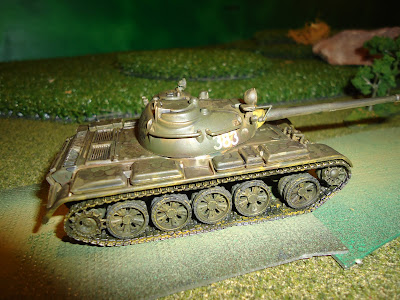 North Korean armour on the only road leading into the South's positions. 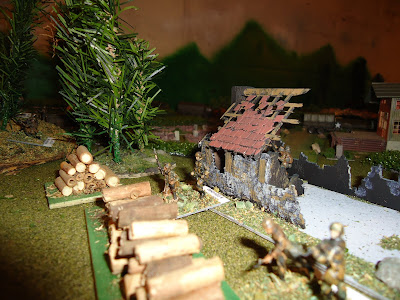 ROK infantry formed blocking positions wherever they could, this one is about half way down the battlefield 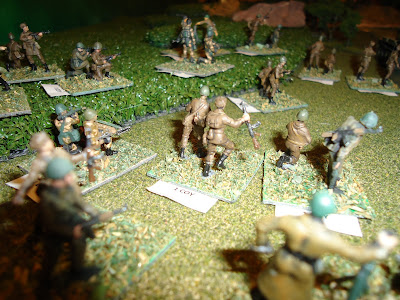 NKP regulars on the extreme left of their line. These are some of Paul's very good conversions and are a mixture of Esci and Revell figures 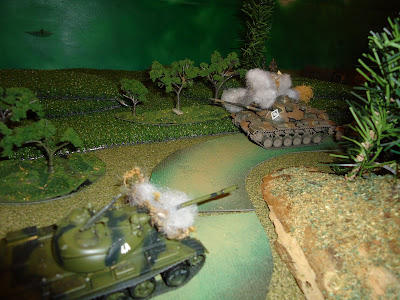 About turn three, the North records its only kill against ROK armour but in so doing lost an entire company in this exchange 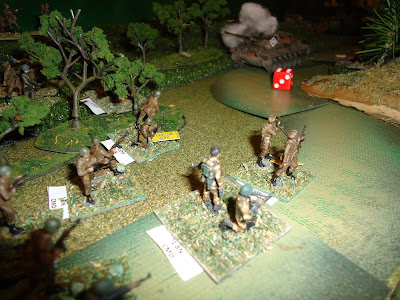 Ignoring heavy artillery fire Northern regulars begin to put pressure on the ROK's reserve positions. By this time the NKPA had lost most of its armoured support but the terrain didn't really suit armoured operations anyway, so they were always going to play a secondary role to the infantry 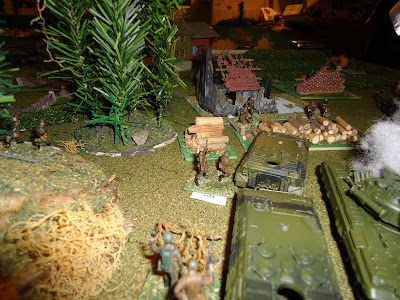 Some of the North's mech-infantry unloading close to the action 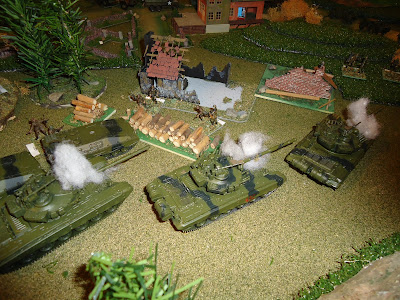 After five turns the ROK was still holding fairly good positions but were beginning to look decidedly stretched. The NKPA infantry continued to surge ahead despite have no armoured support left, and it will be interesting to see how the action around the crucial centre positions go from here on. Hopefully we can conclude this battle later in the week.
Posted by Al at 9:15:00 AM