This is my Great War Russian collection, but I have also used it in a few Russian Civil War games. Ben over at http://benssoldiers.blogspot.co.nz/ has started a RCW project and I thought I'd post a few pictures to show what I have. All of this part of my collection was done in the very early days of my entry into this hobby so much of the paintwork and conversions are quite crude by today's standards. Some of the pictures aren't too flash as I used my wife's Nikon D550 which is fairly unforgiving on the amateur 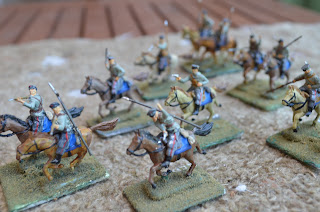 Based on the HaT Cossack set but includes figures from all sorts of other sets, I even raided my daughters cowboys & Indians for a couple of figures with pistols to represent officers on the command stands 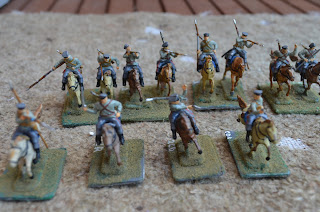 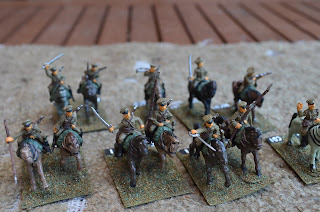 Strelets Russian Lancers. Say what you like about these figures but I think some of their cavalry sets are very good, and collectors are lucky to be able to get them, as I doubt any of the established manufacturers would ever have produced WW1 Russian cavalry 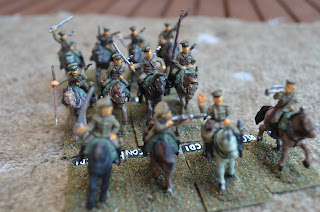 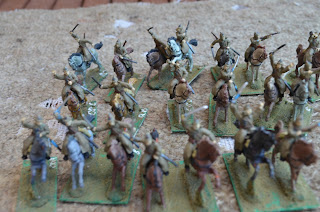 These are true RCW figures by Orion. Very well sculpted in good poses, I think they might be the only RCW figures available in plastic, or at least were at the time of purchase 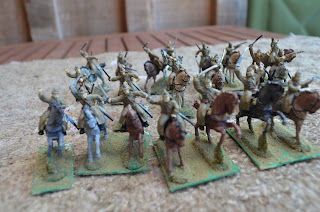 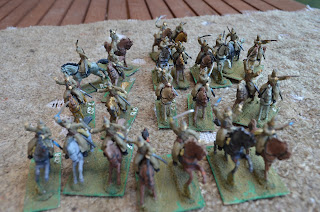 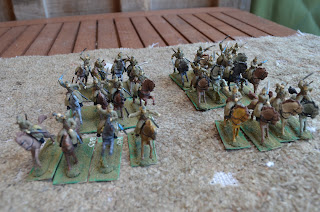 I have a whole regiment of cavalry 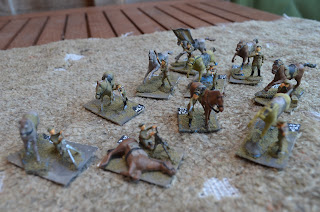 These stands represent dismounted cavalry, I think the figures are Atlantic? 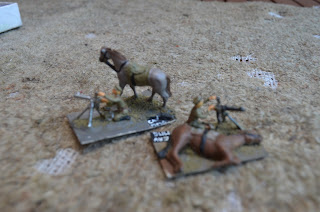 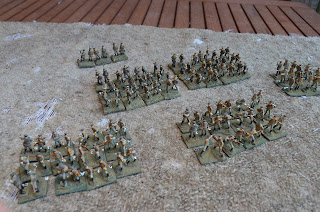 This is the infantry brigade. The figures are mostly by HaT though some of the earlier additions include converted Airfix and Revell WW2 Russians  as well 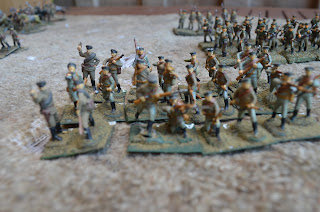 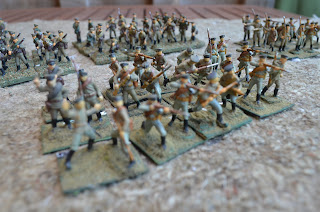 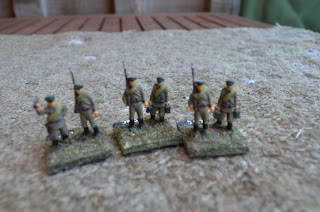 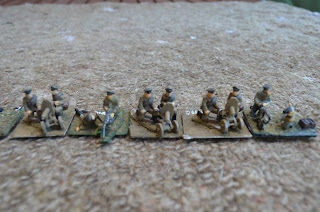 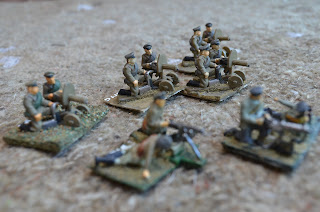 Machinegun platoons, HaT and a couple of conversions from the days before you could buy Russian support weapons 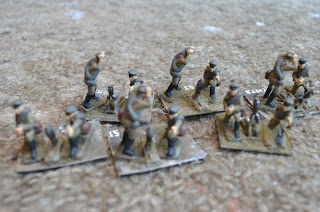 Trench mortar platoons. They come in two varieties but the rules group them at the 3" level 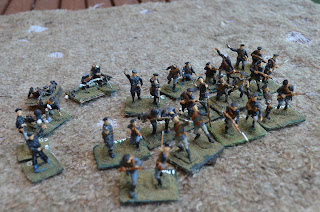 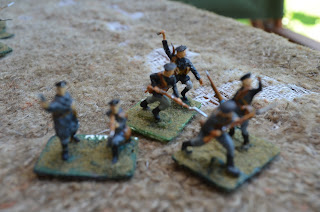 Some of the earliest conversion attempts I tried, these represent Naval Infantry and are a mixture of all manner of figures from a couple of different eras; a few need their heads reattached :) 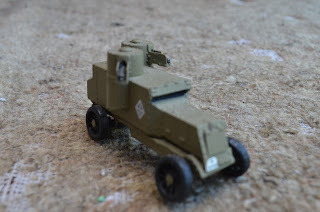 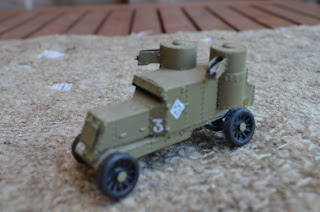 Think this is an Austin-Putlov. I got it from a swap-meet and although it was in a pretty sad state it was an excellent addition nonetheless. This is a resin model 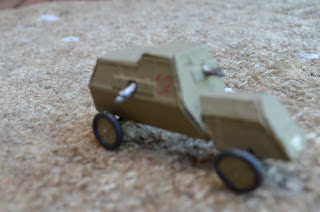 Lastly another armoured car, I think by LW of Russia; it ranks up there with some of the worst kits I have ever made in terms of its engineering 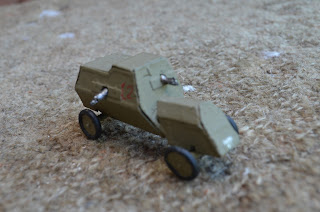 As with all of my Great War stuff the rules I use for this period is Command Decision, Over the Top.
Posted by Al at 12:50:00 PM