Here are a few pictures of a scenario I am setting up to game with Gerard. It still needs quite a bit of work with special rules and turn timing events before it will work properly with CD3. The event is Operation Archery, 1941. I've already had one attempt at creating a map for that, and this time round have a far more playable table, though not as attractive, certainly more functional. 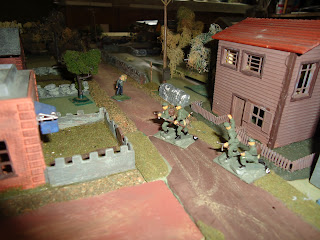 This is two platoons of mountain infantry that were on leave in the town at the time of the raid. It is also an area where civilian units are included 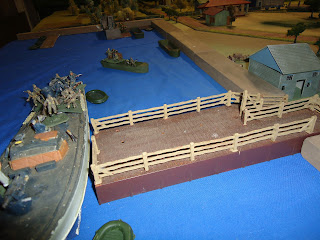 Part of the harbour area. On the last map I did for this much more of the coast was represented, which in the end was not needed and made landing too difficult to be accurate http://20thcenturywargames.blogspot.co.nz/2010/08/layout.html the dam did not need to be modelled either 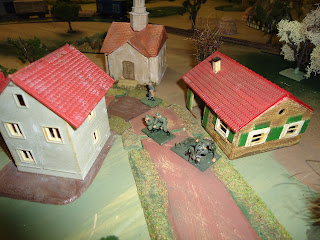 Another section of the town, close to the dock area and another start point for a civilian unit 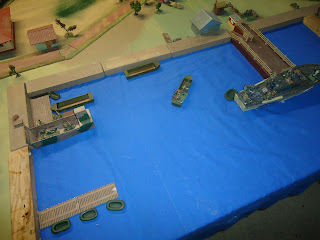 The more concentrated landing area on this map allows units to deploy in a timely and controlled manner, which helps to better reflect the actual events of the day 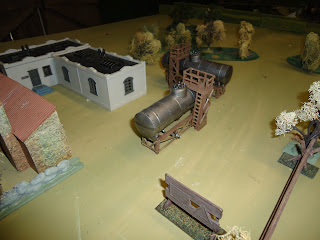 This represents the hearing oil factory area, one of the main objectives 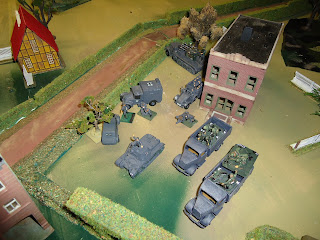 German HQ starting area. One company of regular infantry and one light tank are the total reinforcements for the German player, oh that's you Gerard :) 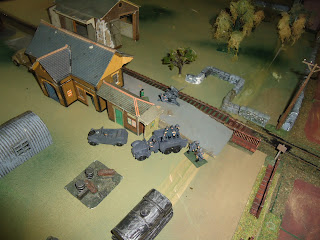 The railhead covered by an AA unit, starting point for more civilians and one of the raider's objectives 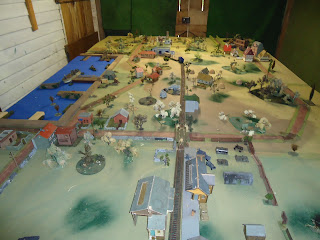 Both sides have air cover. Still a bit to do with map and rules but will be ready by the holidays, all going to plan.