Taking some time off painting Russian infantry for a while, I find such large batches looses its appeal after about three battalions. 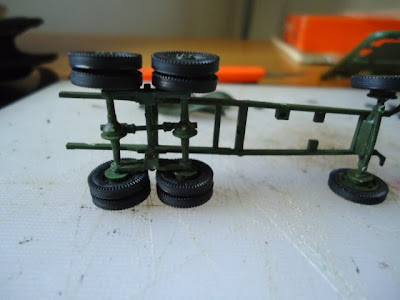 Anyway, this is what I decided to do. A Russian SU-12, which dates to the mid 1930s, but saw active service against the Fins, the Japanese and, of course, the Germans. 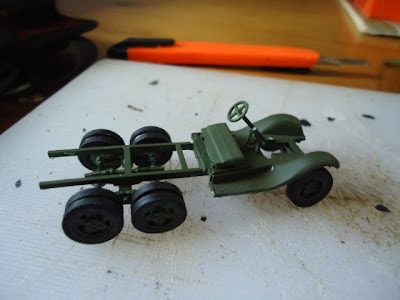 Under coated on the sprue and constructed over the last few days, interrupted by a stint of jury service, however. 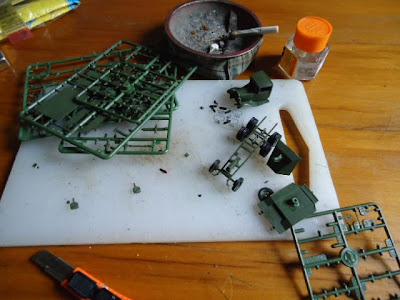 I managed to use almost all of the 114 parts, except the spare deck and other options you can chose from. 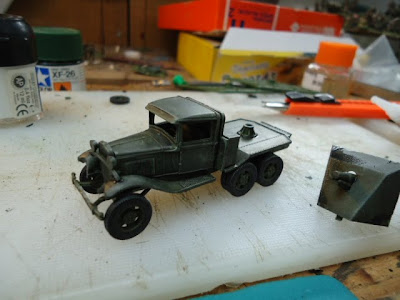 A very precisely engineered kit, all the parts matched up well, and there was no flash. 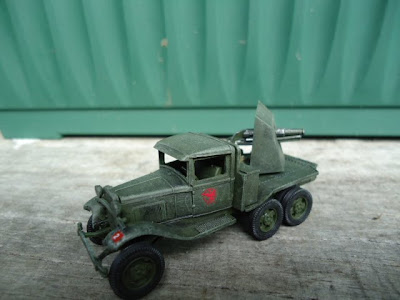 Some minor work to do around the wheels and gun-shield still to finish, decals from the bits box. 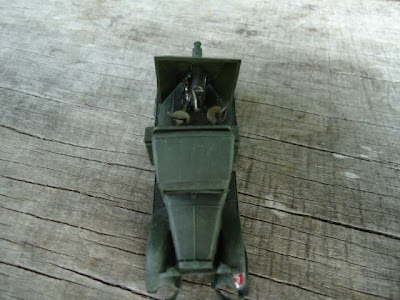 Very straight chassis from front to back. 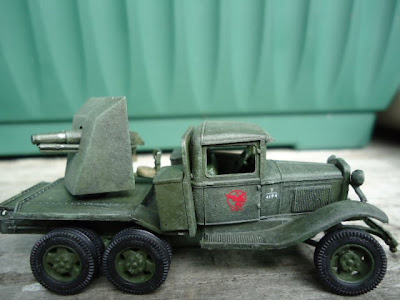 In CD, you get one platoon of these in several of the early war motorised formations, but most commonly motorised infantry, so this will certainly get an appearance at some stage. This one was USD$8; some crew figures would have been a bonus, still I'd give it an 8/10.
Posted by Al at 3:52:00 PM