A game based on the actual events of 27 December 1941, Norway. Gerard played the German garrison, I the raiders. All units started the game on cards until they were spotted 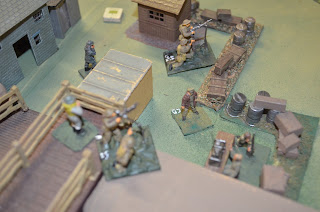 Turn1, the raiders land in darkness, unmolested and begin towards their objectives. Here are AALMG platoons covering the force HQ area, which included a RN shore party and naval gunfire FO 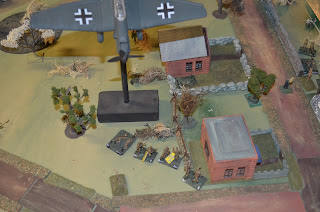 Turn3, The Luftwaffe arrived as soon as it was light and attacked anything caught in the open. The Commandos here were already fighting a platoon of Alpine infantry who were on leave in the village at the time 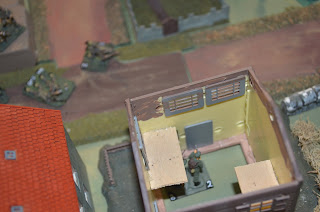 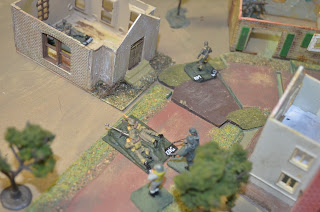 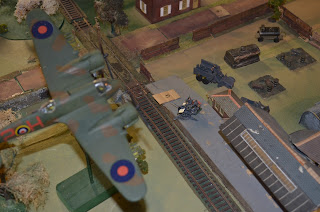 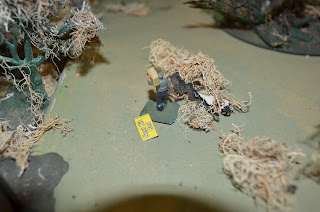 The next two pictures show civilians that were hit by small arms fire from the raiders, which counted against them in the victory point tally at the end of the game 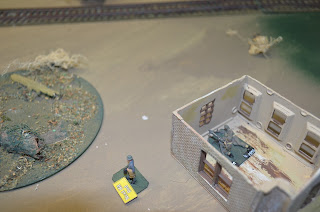 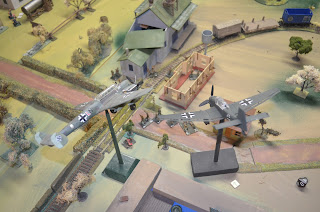 Turn5, Gerard rolls a 10 for air support and the Commando troop tasked with blowing up the fish oil factory  suffers quite a few casualties 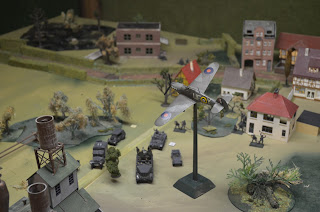 The RAF replied whenever there were targets in the open 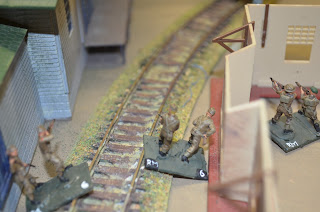 Fighting around the fish oil factory 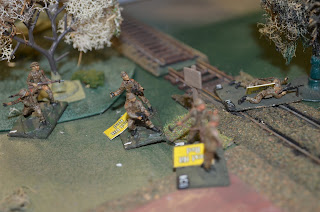 The other side of the village, these raiders have finished fighting the Alpine troops and are engaging the organized German reinforcements that were starting to arrive 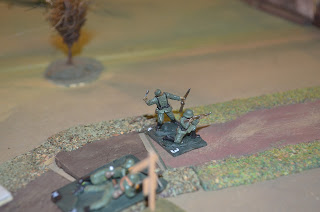 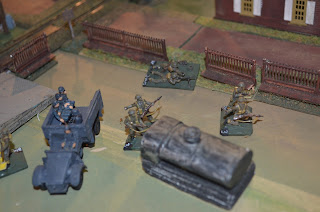 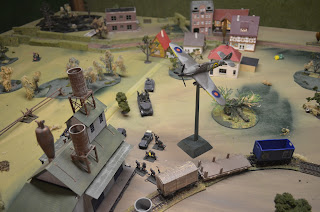 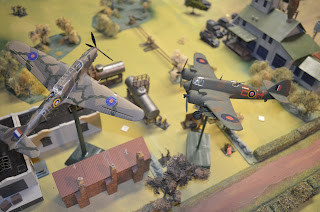 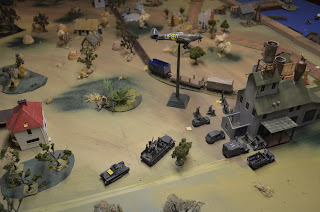 Last turn, 7. German reinforcements manage to get enough troops into the area to dispute occupation of the fish oil factory despite massive RAF air attacks. A short and unusual game, not really suited for CD3 rules but quite fun nonetheless. The Commandos ended up winning by a margin of 24 points to 12.