One of the more ambitious projects I've tried for a while. Decent pictures were had to find, so in the end I just went with a mixture of French figures with a few head swaps 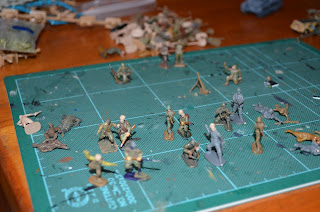 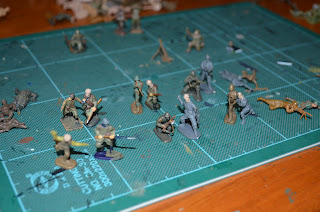 The donor figures, notice the absence of cigarettes in the background :) 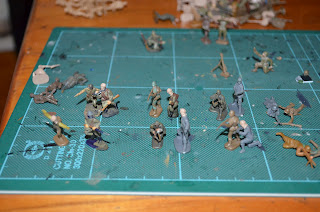 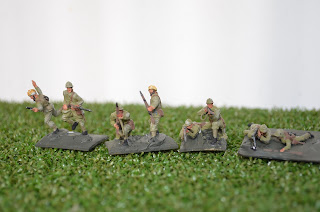 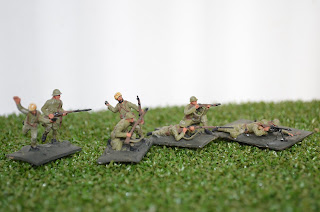 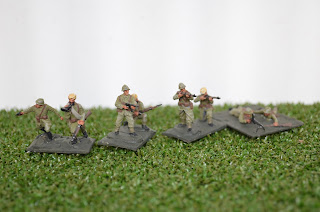 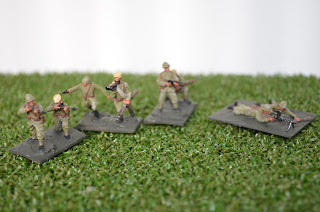 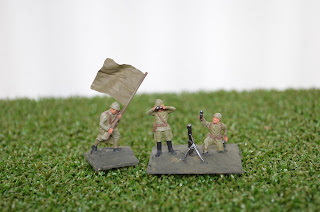 HQ, eventually I'll add another couple of companies for a full battalion. As far as tabletop representations go they're okay, but as usual better research and more donor figures would have produced better results.
The uniform colours are Vallejo French tank crew. All still have some minor touching up to do.
Thanks to Tim for the Esci French :)