A few pictures from a recent game with Paul, using his excellent new 1/300 modern naval collection 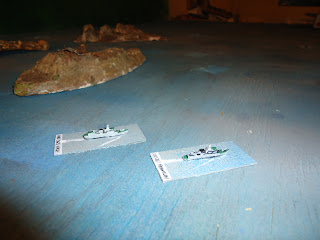 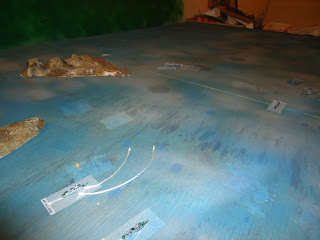 The string is used to show Exocet missile launches 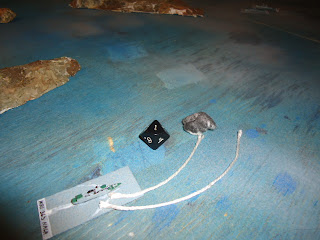 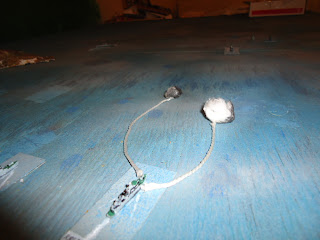 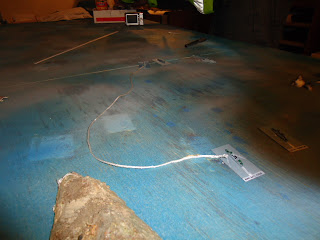 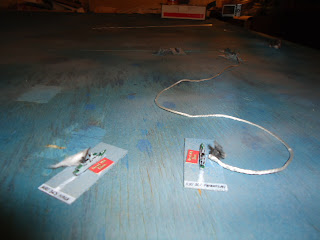 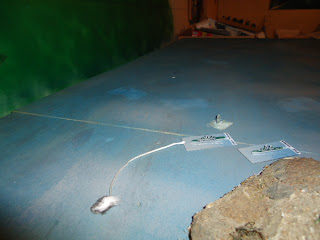 Here two of my RN ships sail past the sinking KRI vessel in hot pursuit of its retreating comrades, a few Carley Floats being thrown to survivors in the water in passing 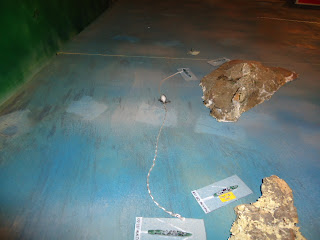 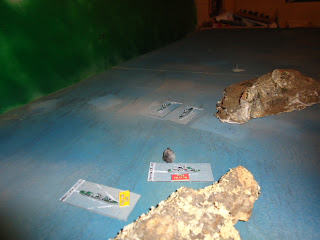 HMS Minerva and Jupiter closing in on their damaged opponents 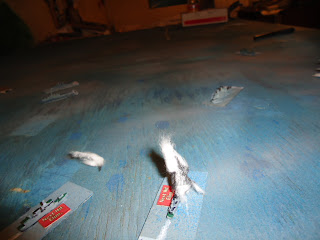 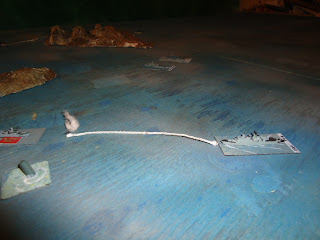 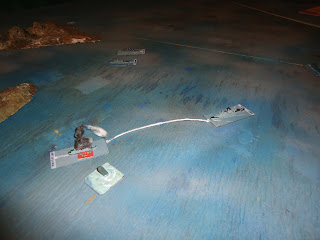 But the second one is bang on! 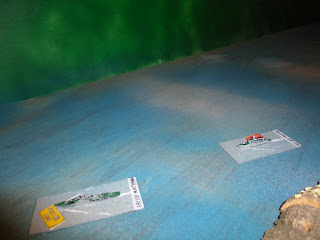 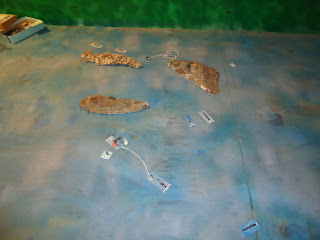 A really enjoyable game to get the hang of Paul's rules and models. I think there will be greater levels of detail added once we get more familiar with the concept and its strategies. Great stuff :)