The last of my Korean War projects for now 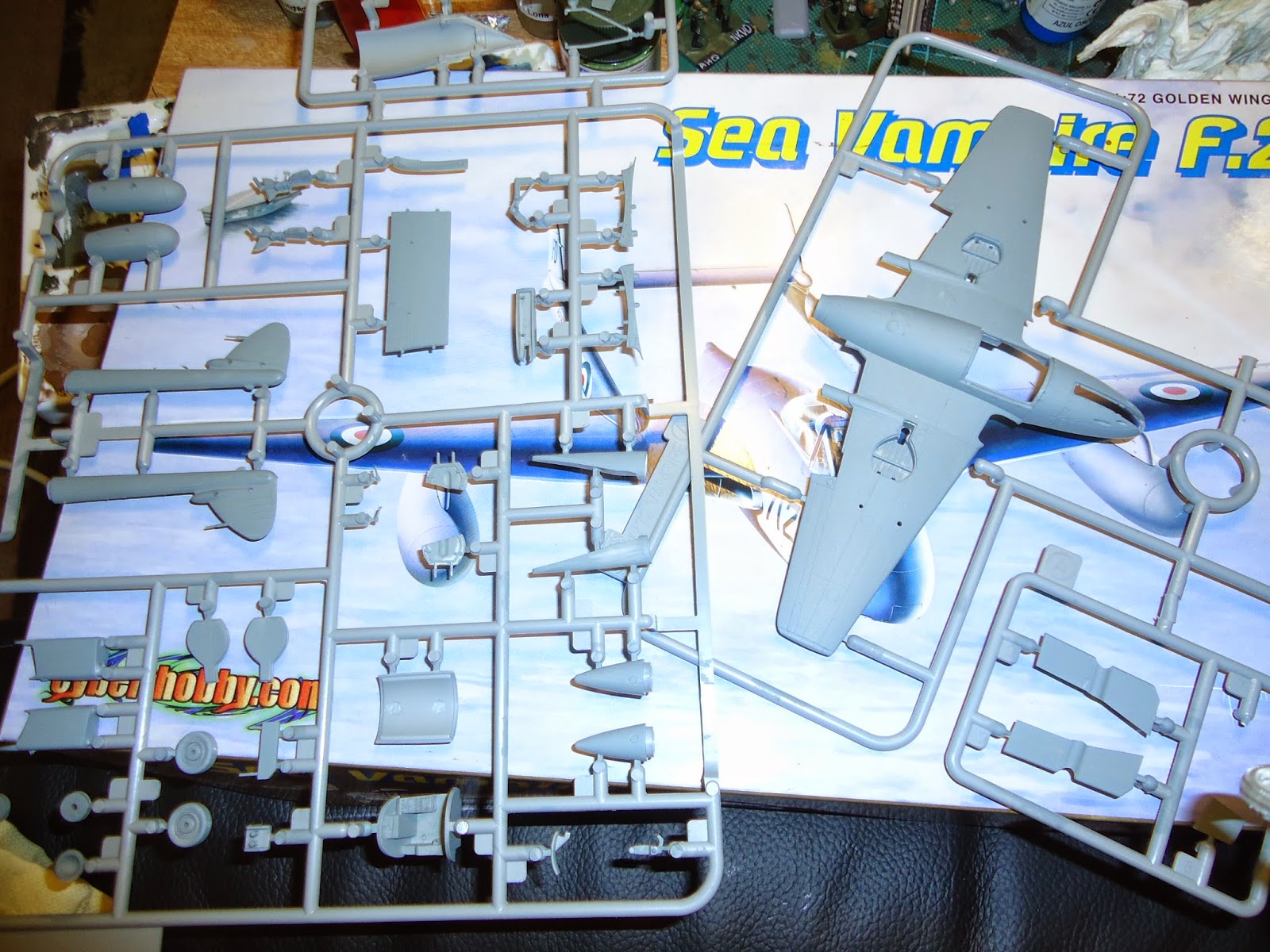 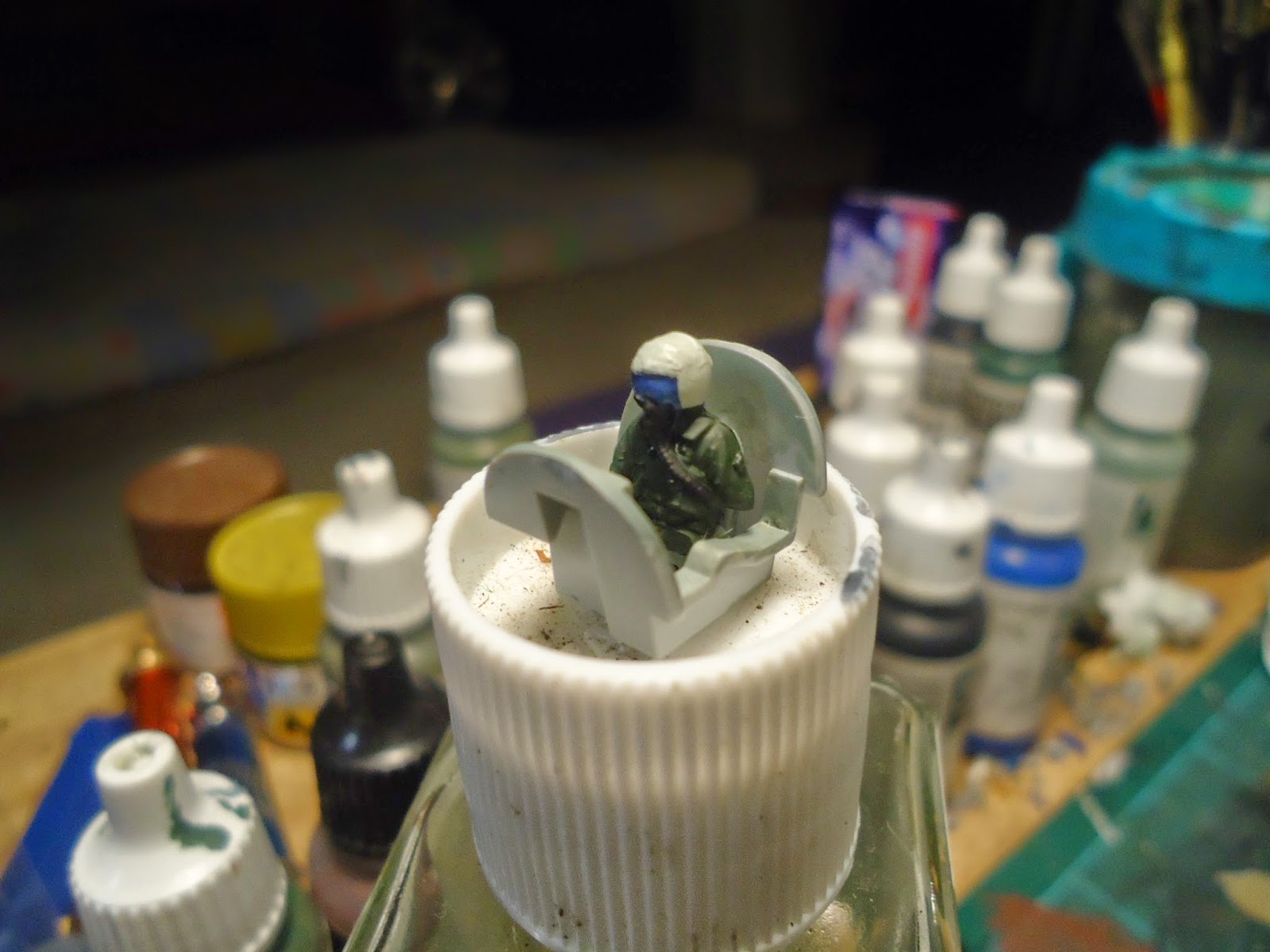 Pilot is an Esci ground crew figure with the head off a sci-fi figure I found in my bits box, not the best but better than nothing 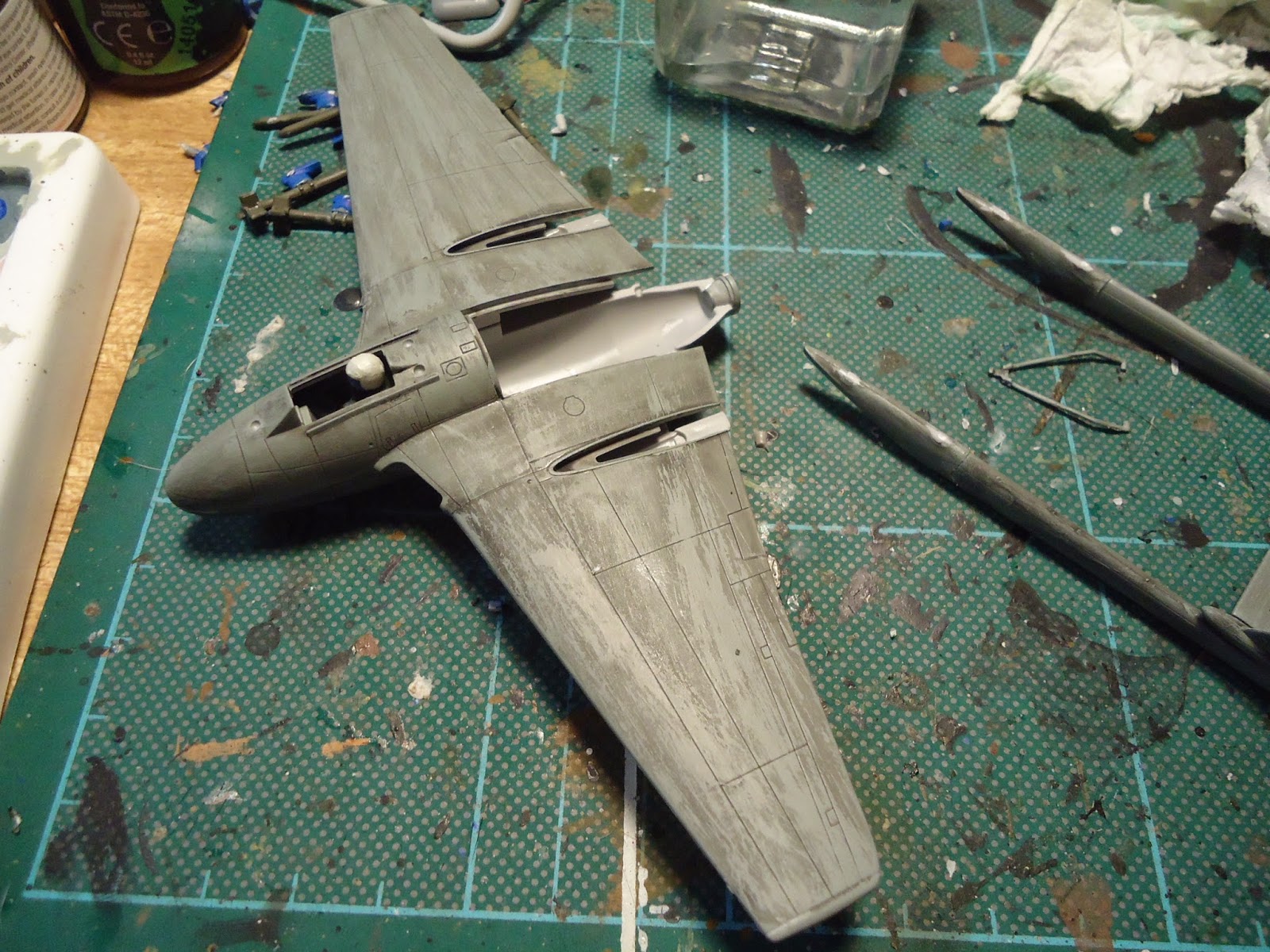 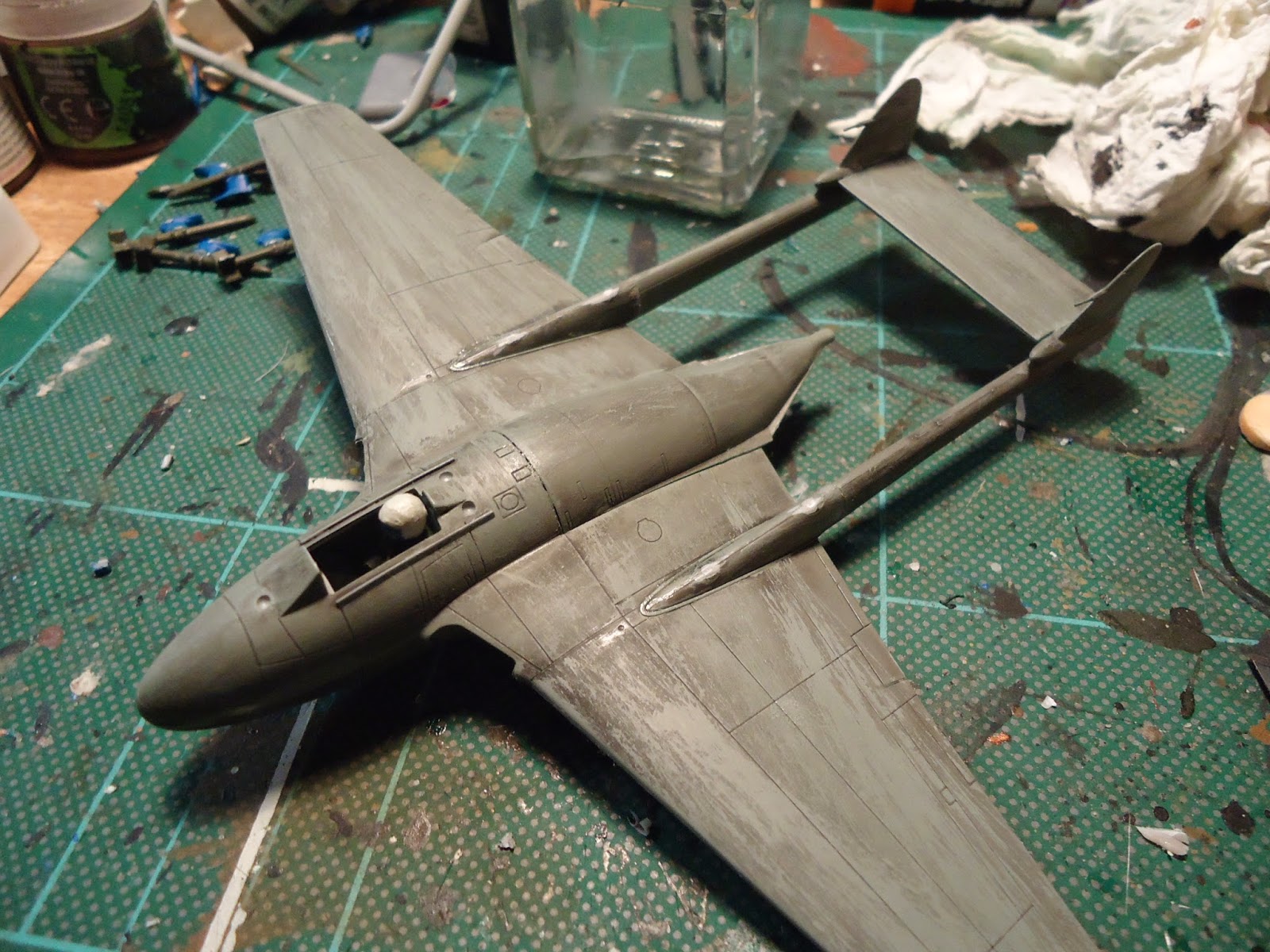 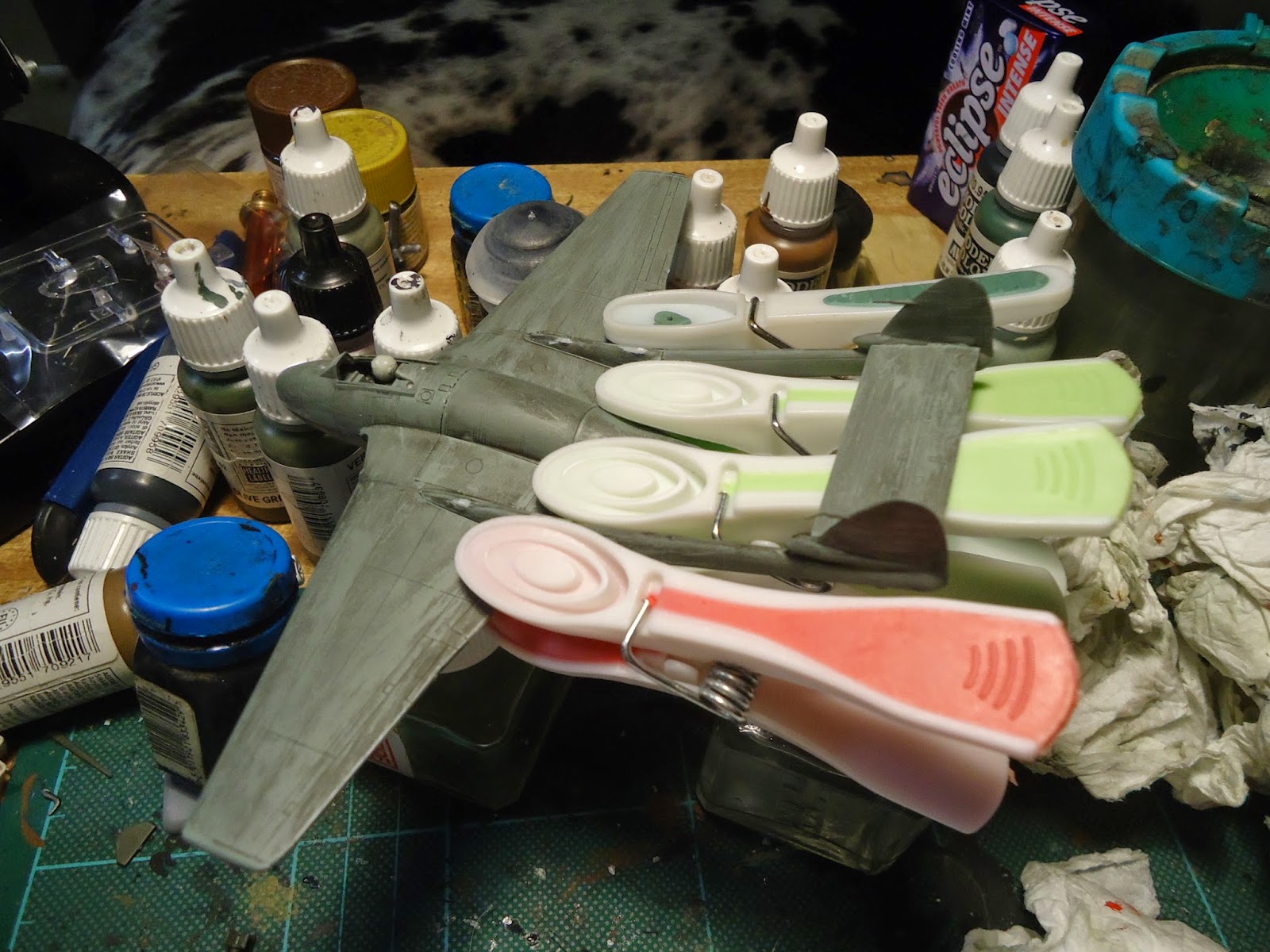 Locking in the tail section 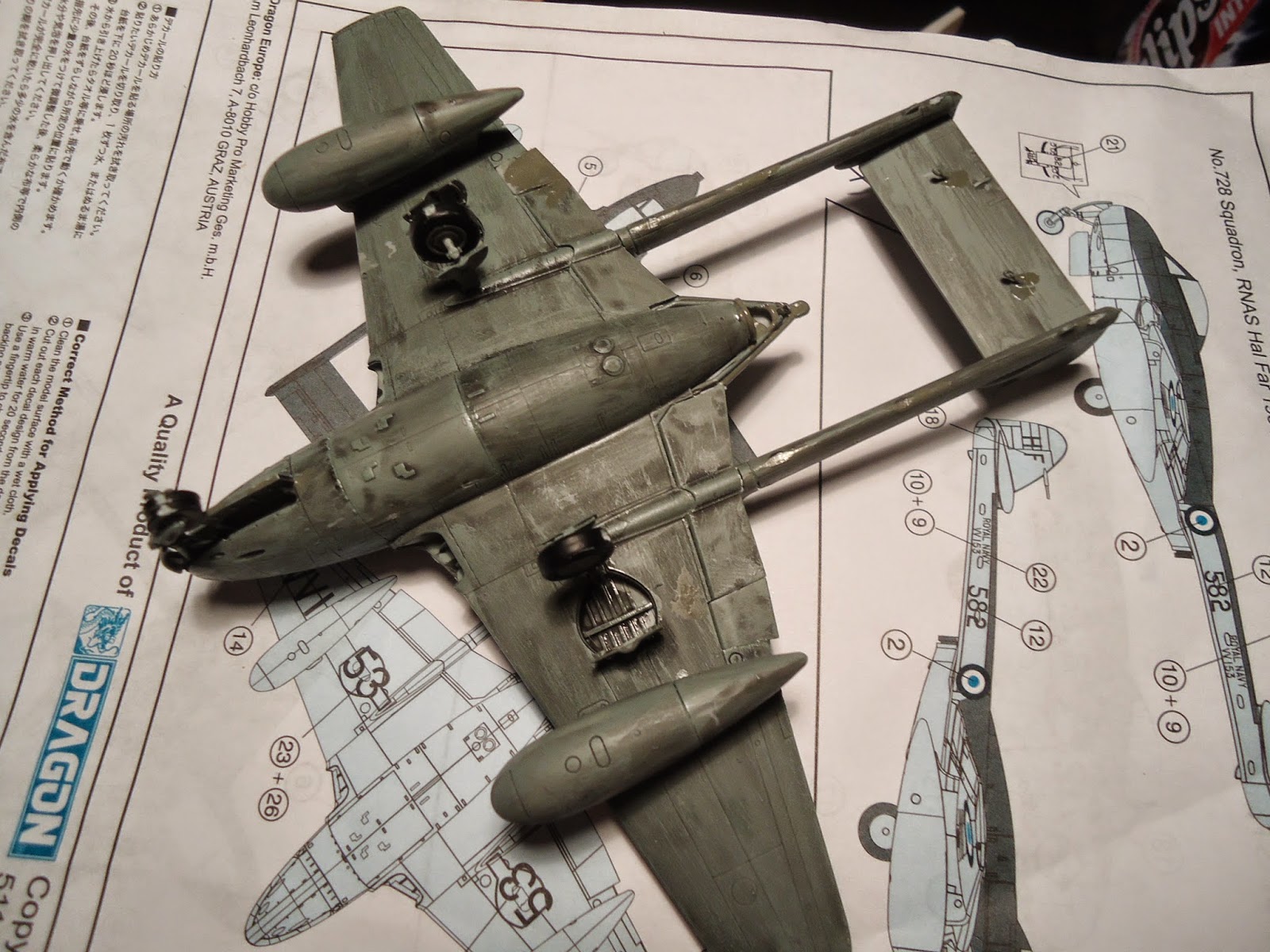 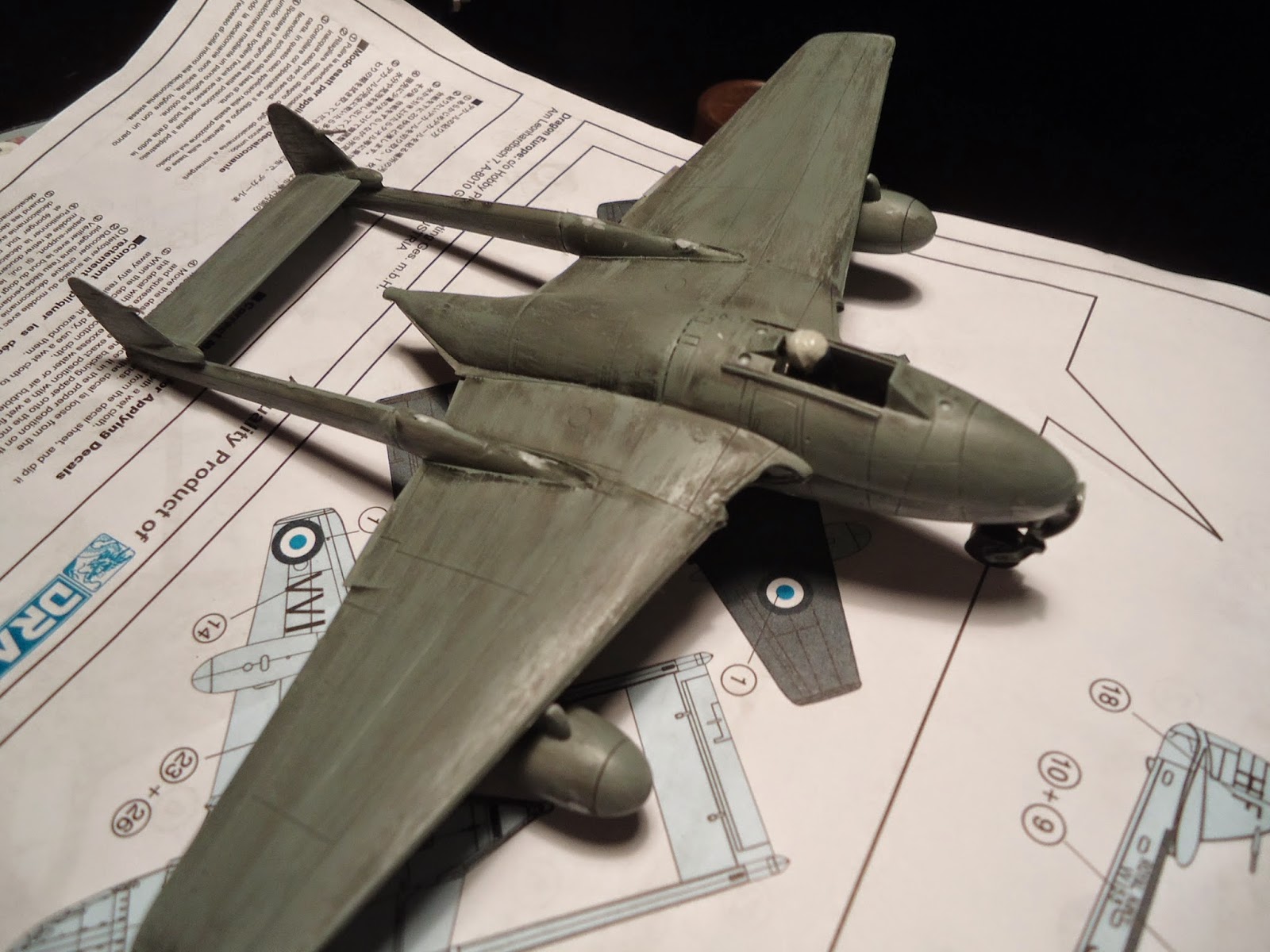 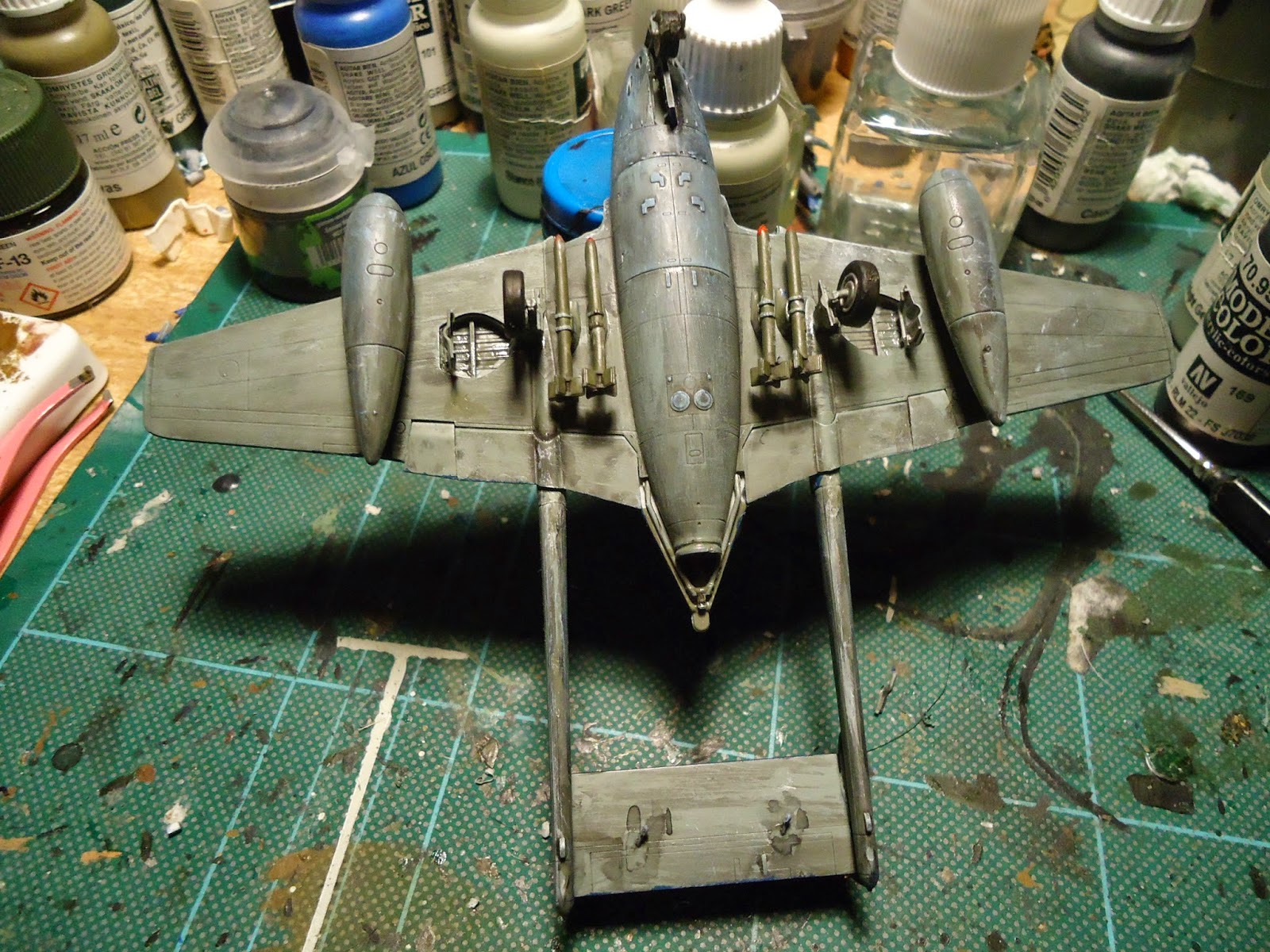 Added missiles from the bits box 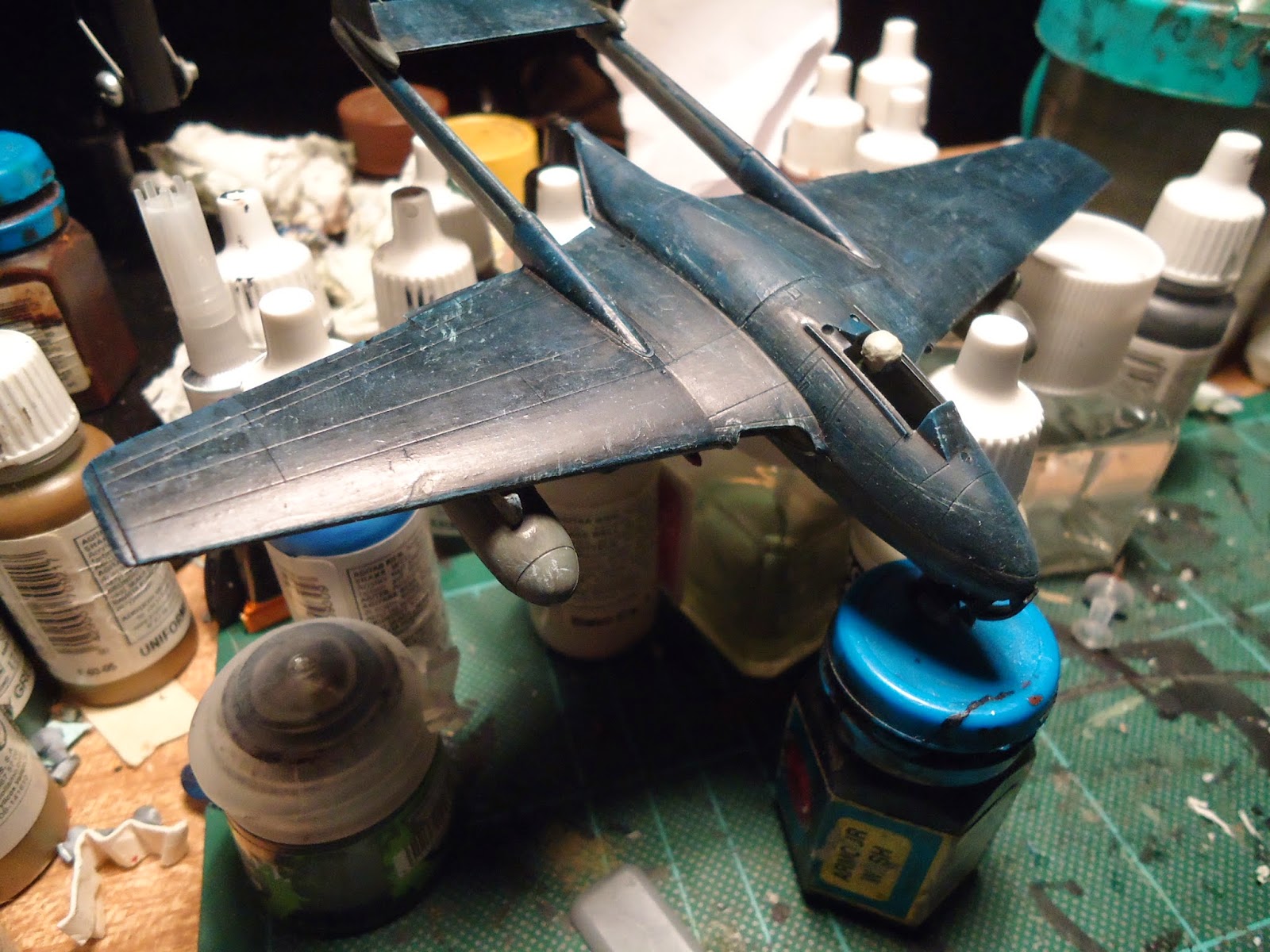 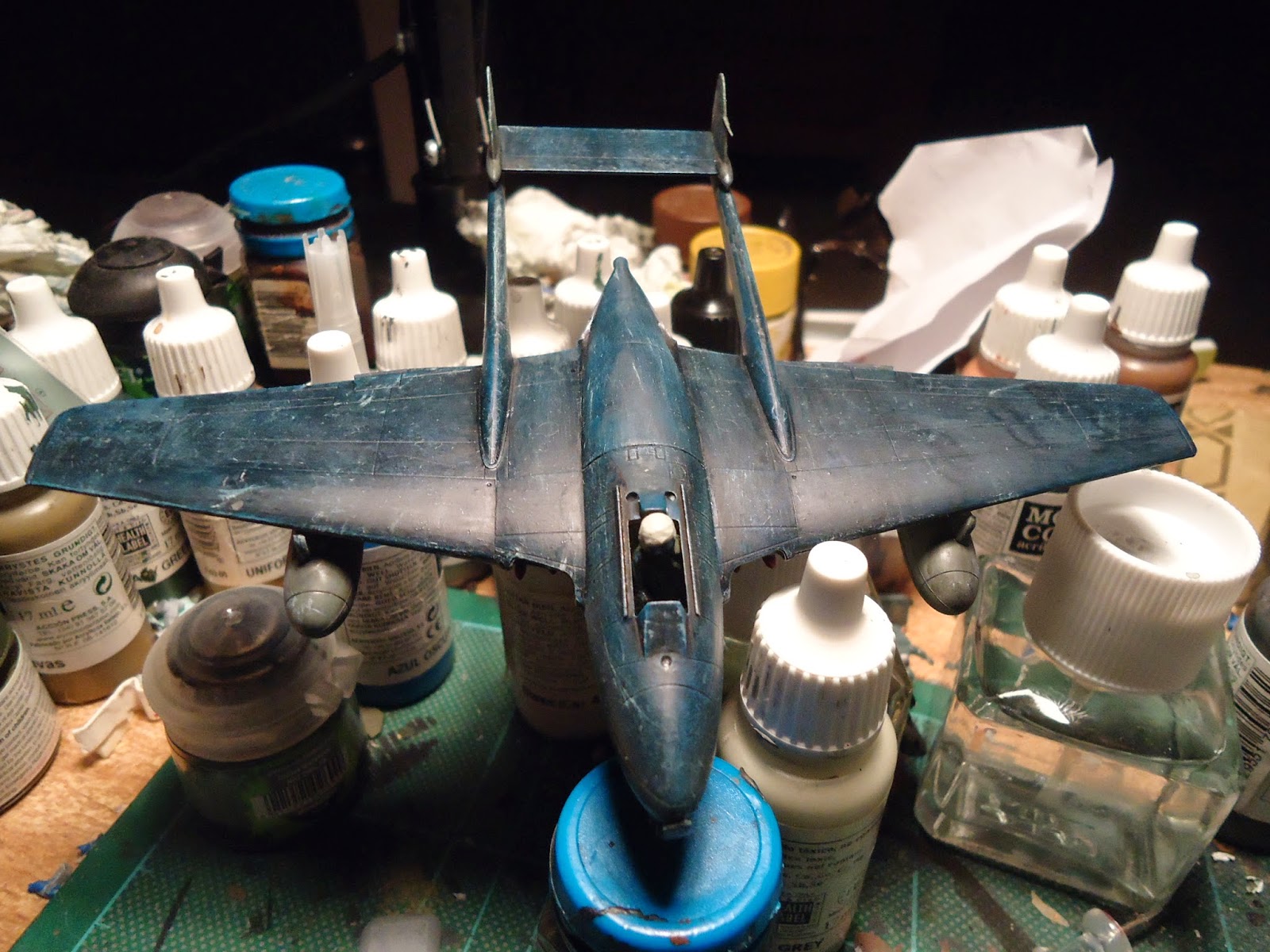 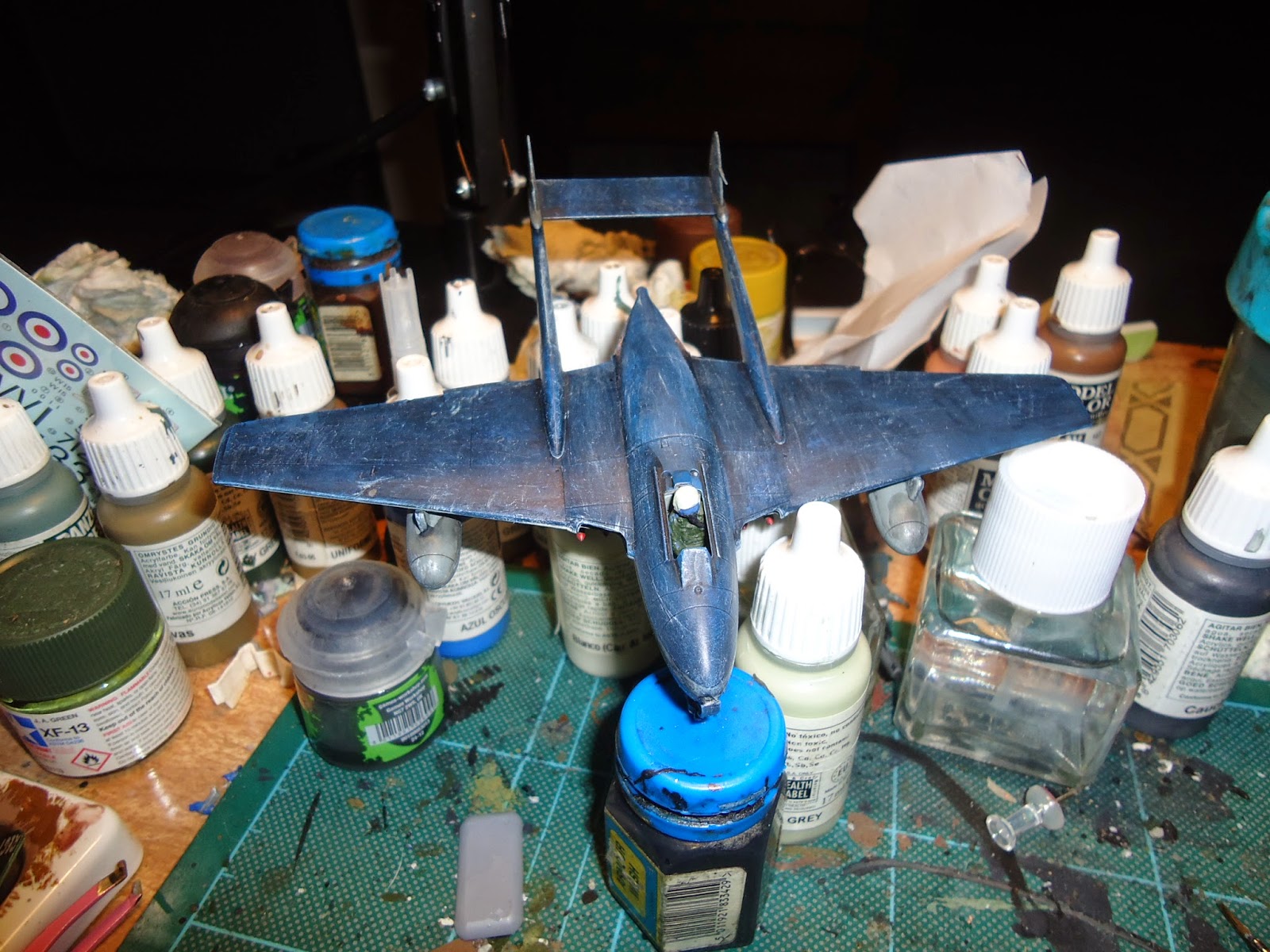 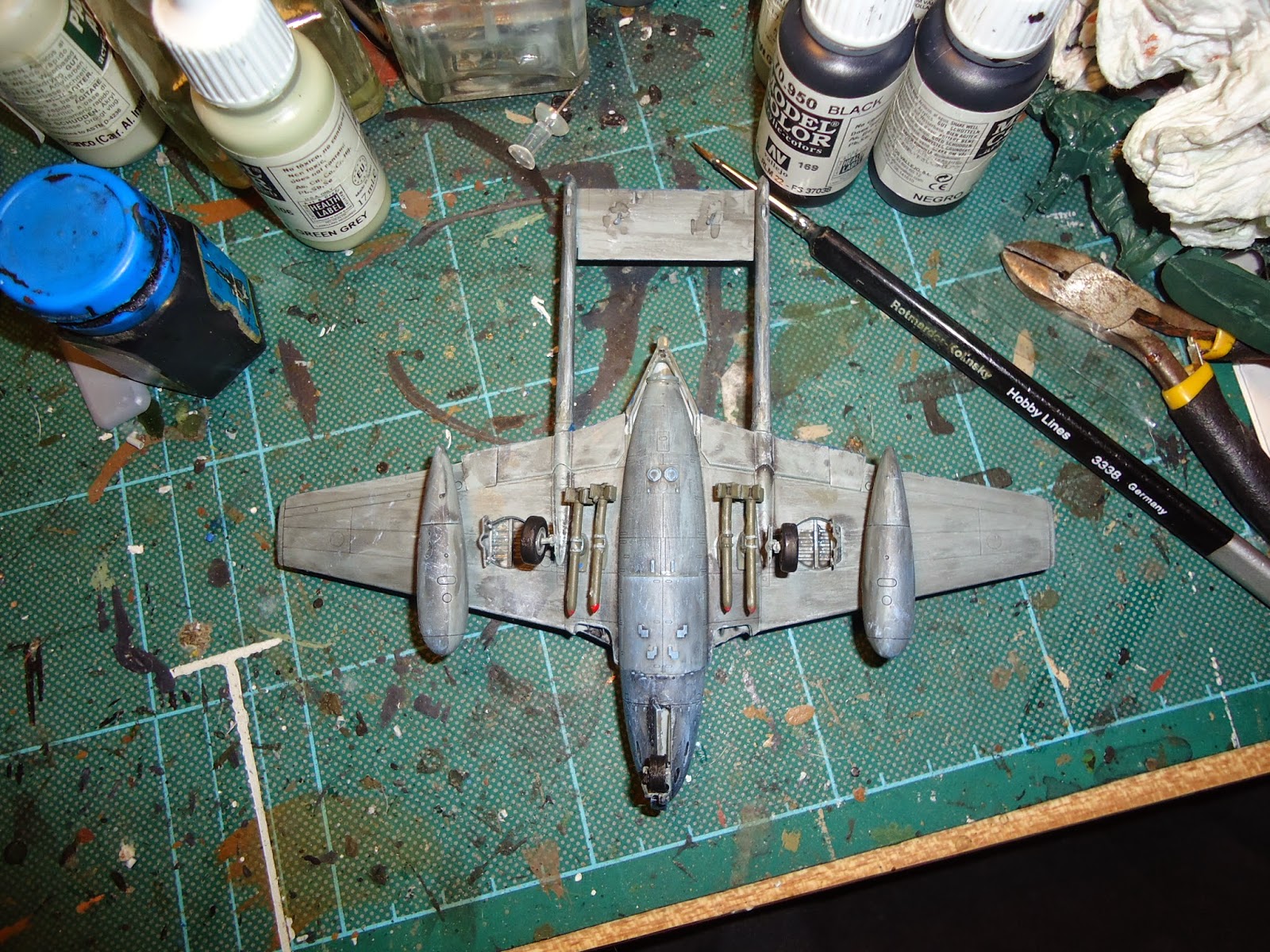 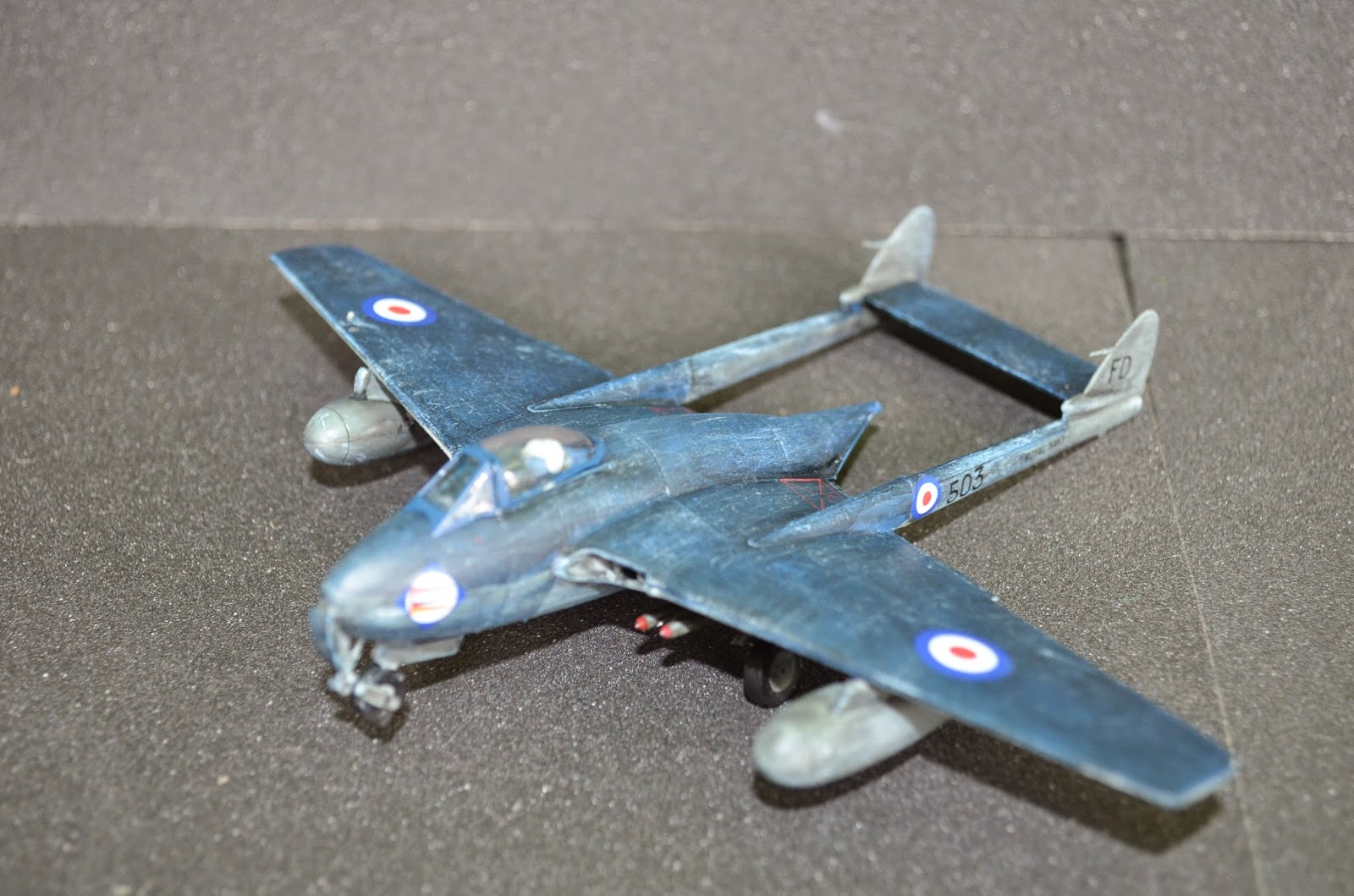 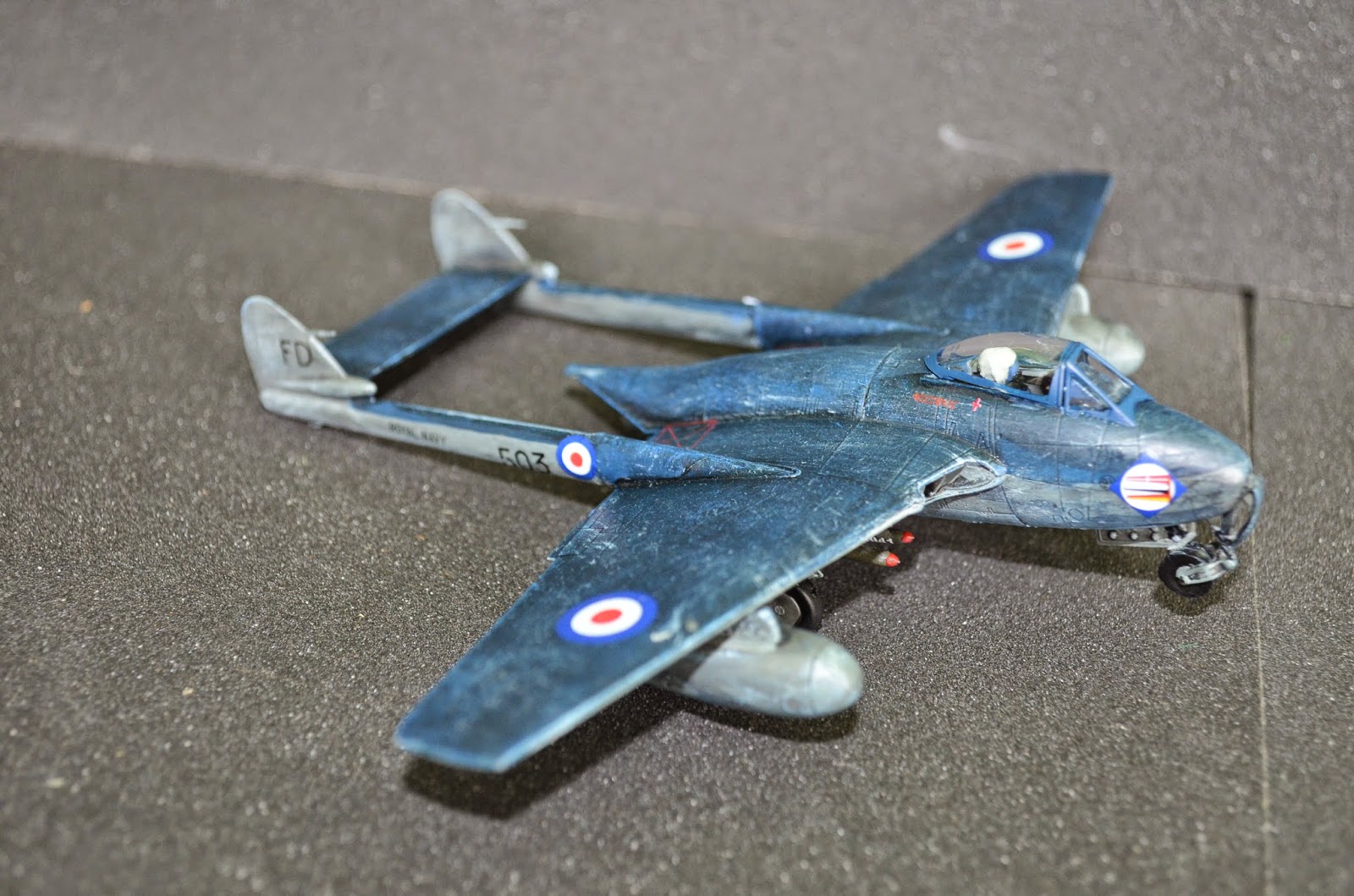 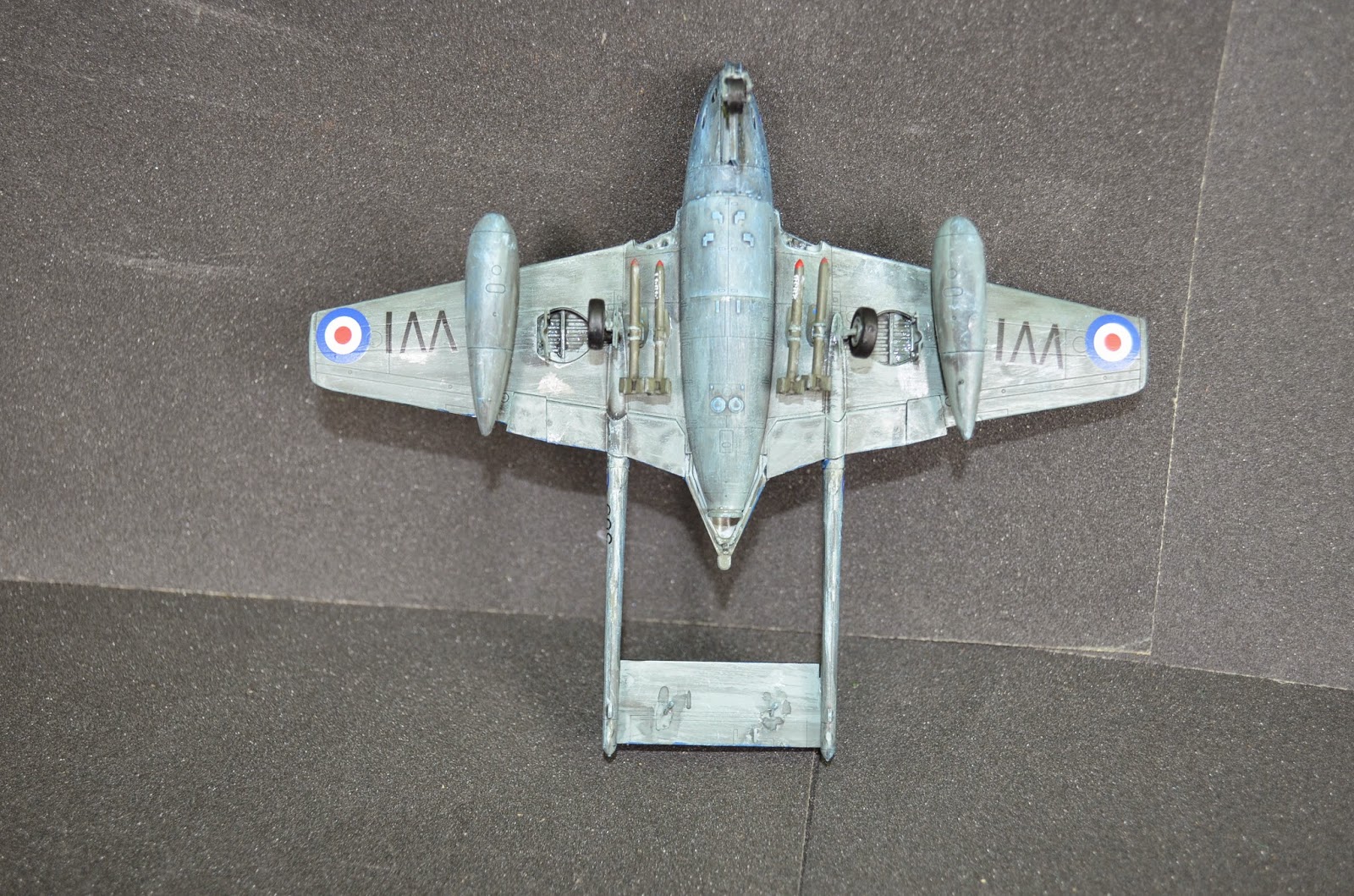 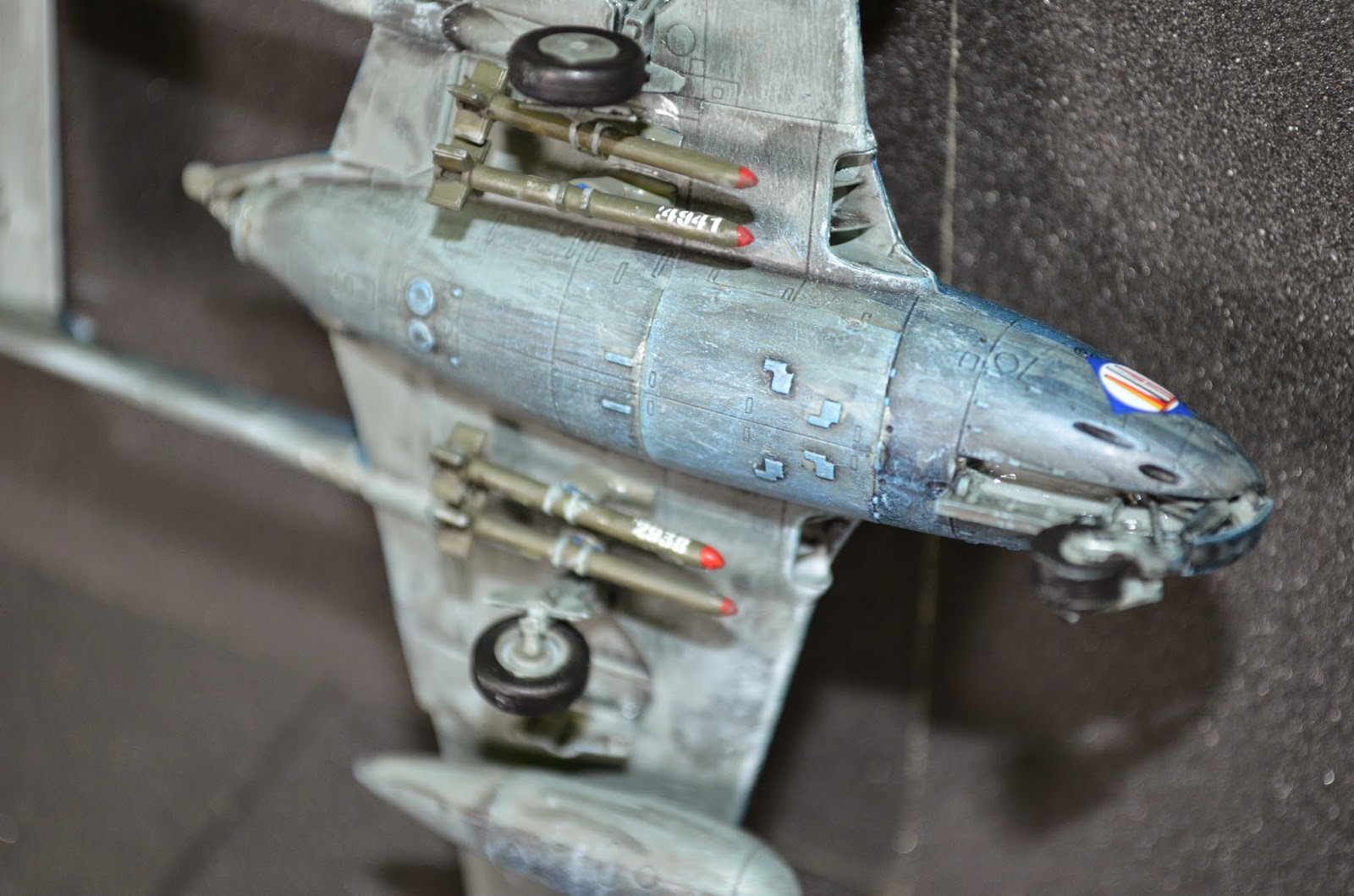 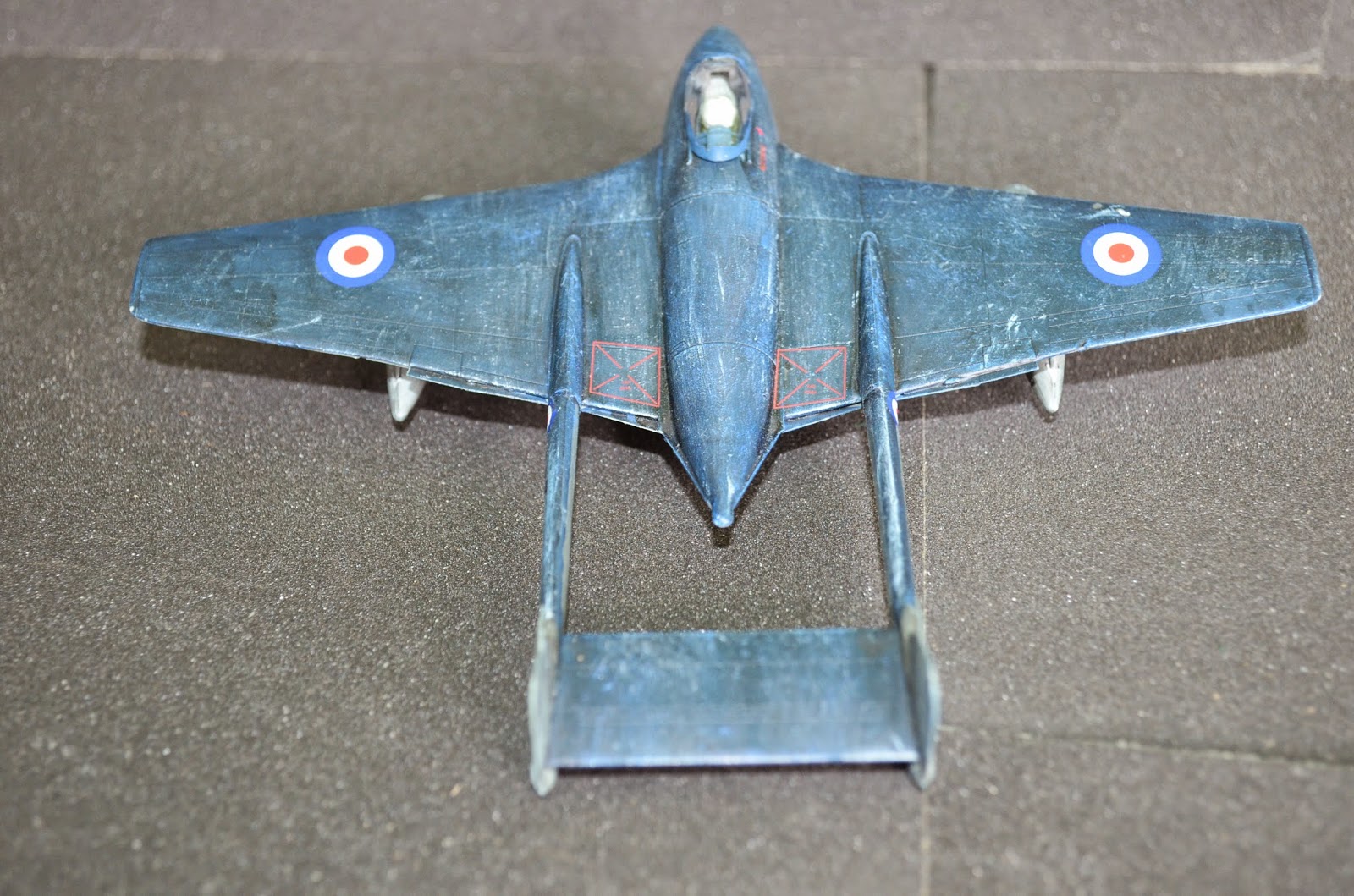 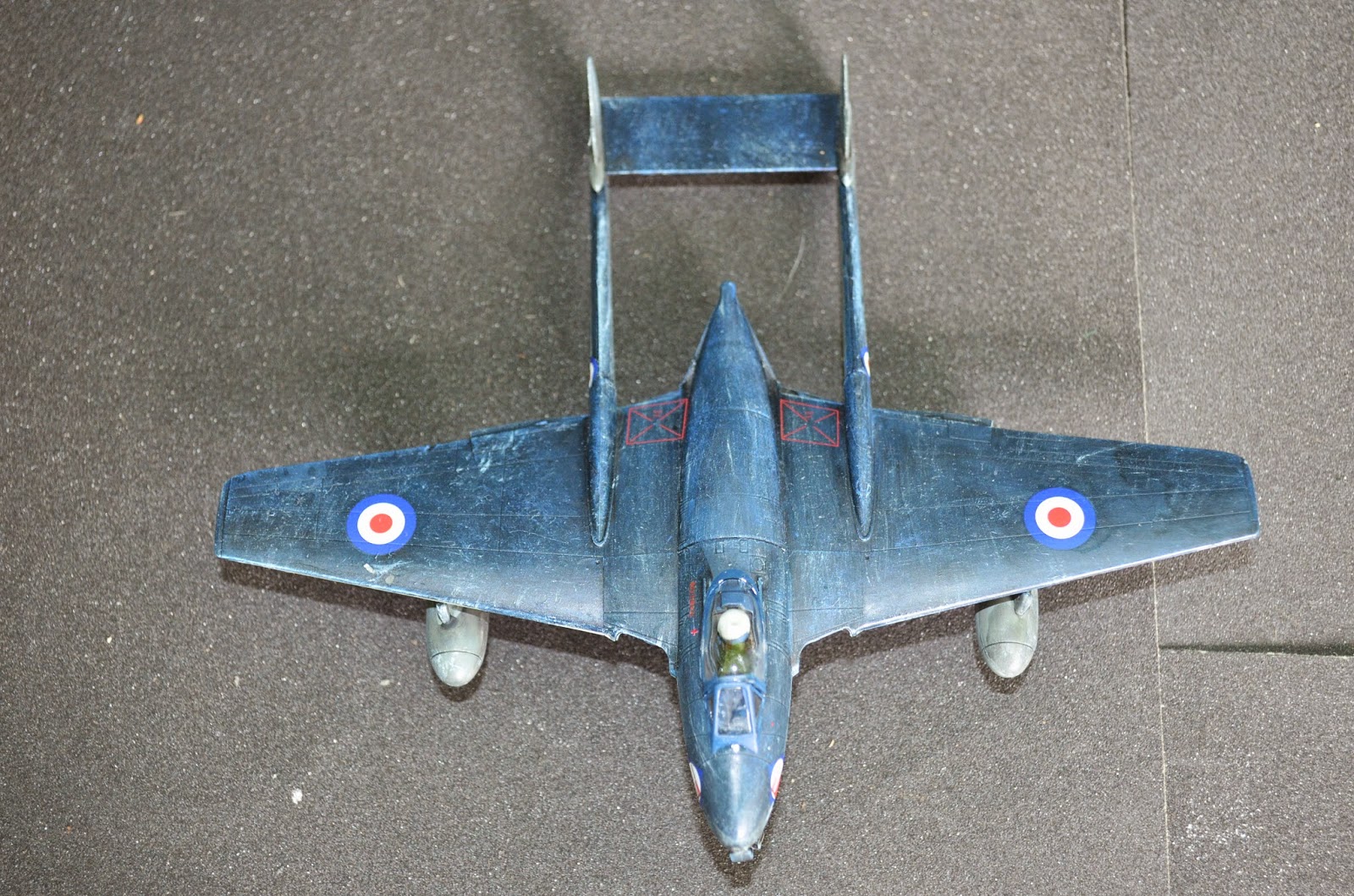 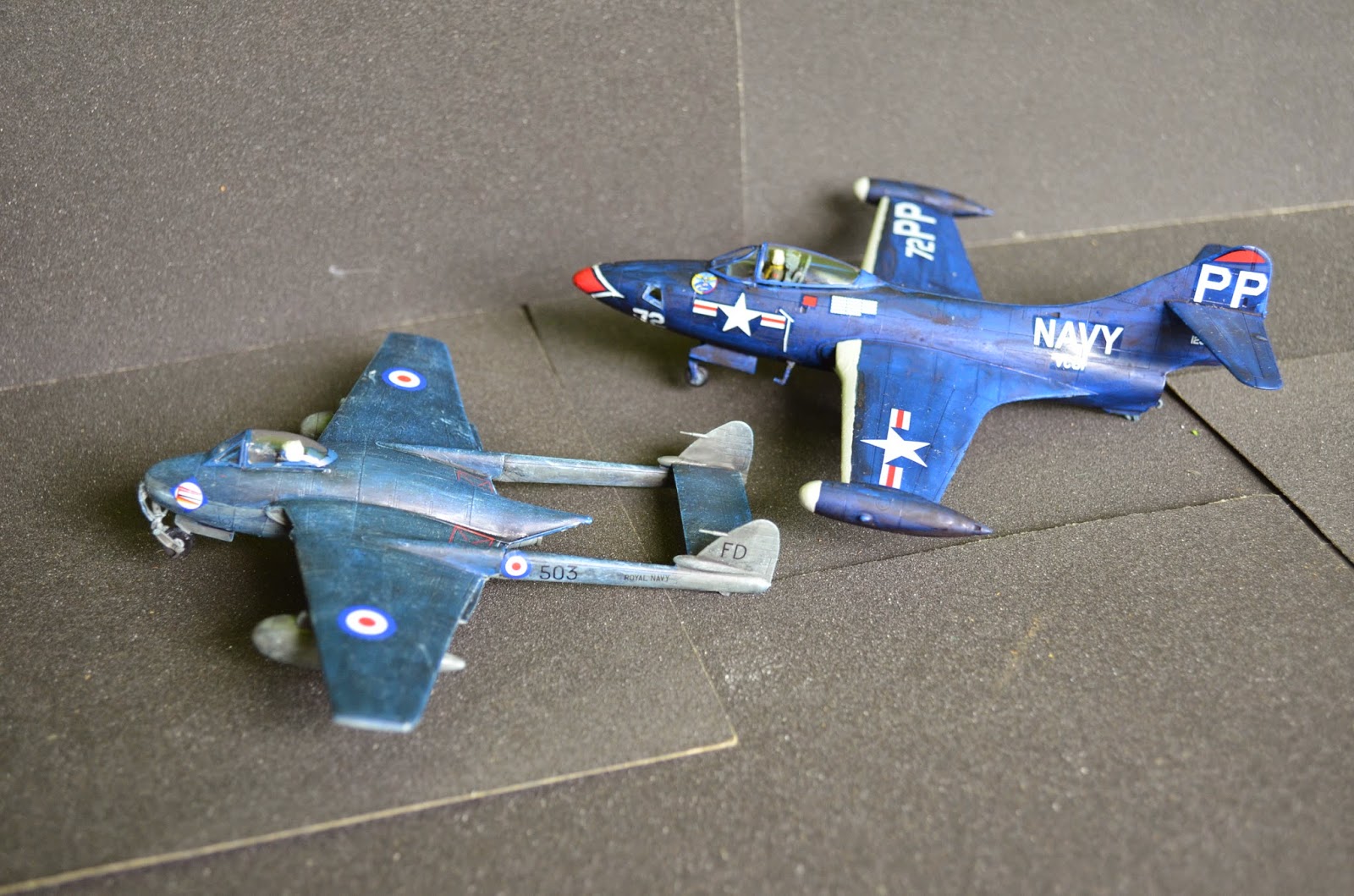 Much smaller compared to the US carrier based Panther.