Pictures of the completed aircraft. Operated by several nations throughout The Second World War 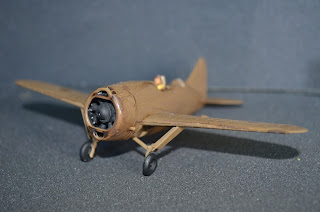 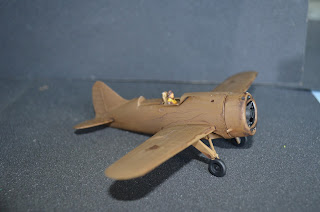 I tried to make the paint scheme as multi-national as I could, including nondescript markings 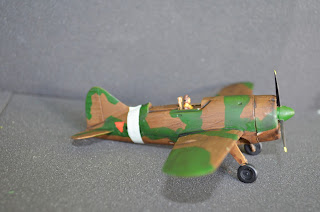 Fortunately this kit came with a pilot figure 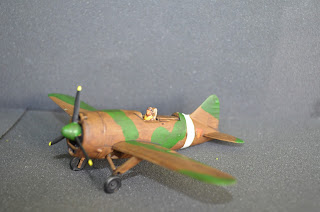 I tried to use old fuselage decals but they broke up, so in the end I had to paint some markings ... not an easy task 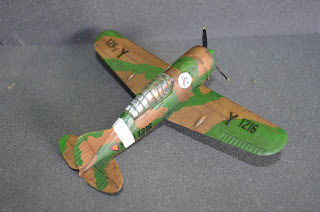 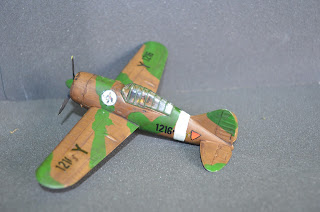 The colours, etc are loosely Dutch East Indies but the Finish and Belgians used these too in a similar pattern 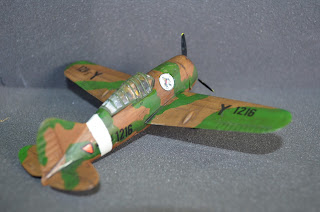 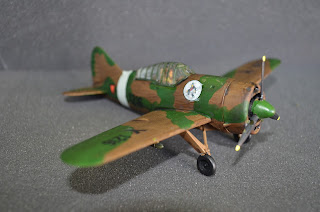 The Dutch used this aircraft in a dive bomber role, so I added a couple of small bombs from the spares box 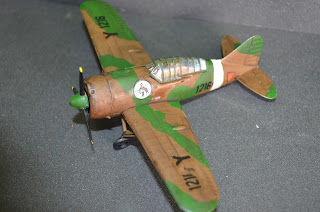 This is an excellent addition to my aircraft collection. I had been after one of these for some time. Thanks Paul for sending it.