I did this unit up a long time ago but never got around to finishing it until just the other day. They were painted quite differently from my current style using Tamiya acrylics. Most of the figures are Esci or Revell, though there are also a couple that have been modified 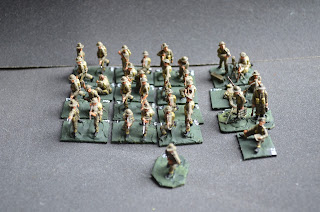 I originally did them up for games we were playing at the time, Greece, Crete, and later Italy. A few years ago me and Dave did an historical Crete game on the largest table I've ever had, something like 20 odd CD3 battalions on the board plus other kit. It took us at least half a dozen sessions to finish, with things working out pretty much as they did historically 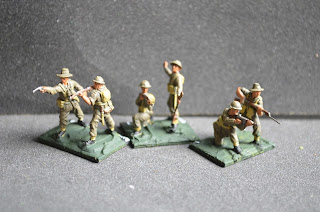 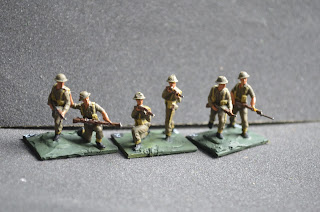 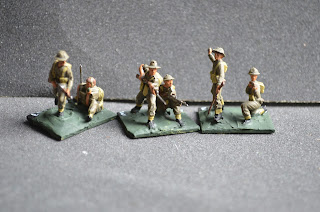 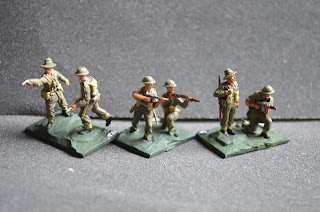 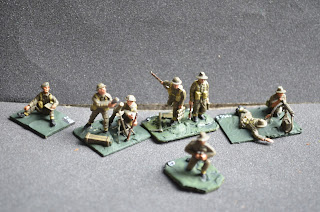 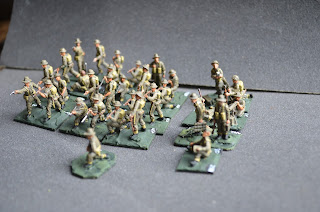 Eventually I'd like to bring this unit up to Brigade strength, but am also mulling a unit of ANZACs for the Pacific theatre using old Matchbox figures as well. So many projects so little time... :)