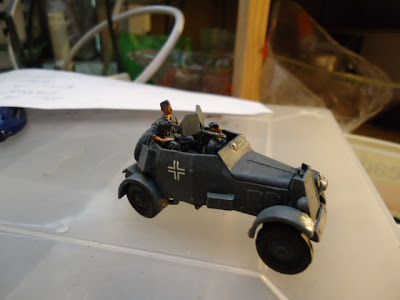 One of the better kits from Ace this one, it went together quite well and didn't have a lot of parts. 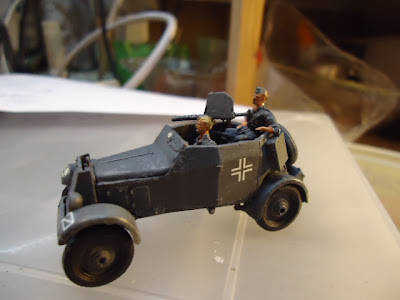 This armoured car dates from the early 1930s but was still in service for the invasions of Poland and France. 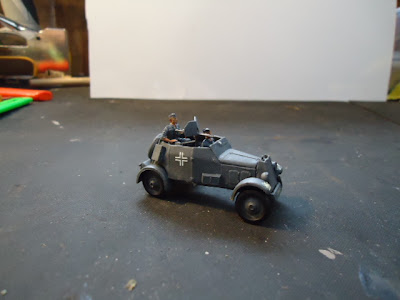 I added a couple of crew figures from the Revell field artillery set. 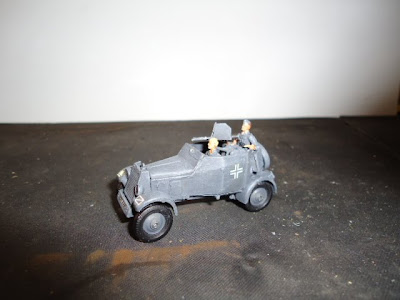 This counts as a weak AFV in CD3 as it has an open top and is wheeled. I chose markings from 1940 so you might see it in use against the BEF at Calais this weekend.
Posted by Al at 6:19:00 PM