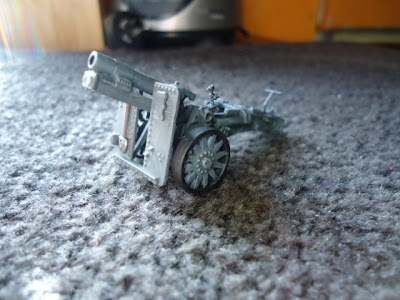 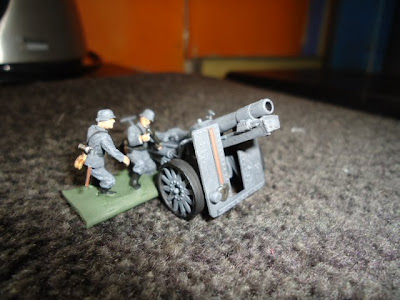 Quite a detailed kit, you get eight multi-part figures with it, although the poses are still fixed. 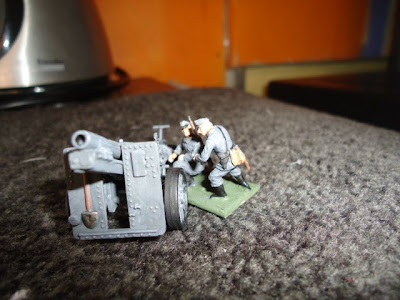 Also included are several items of weapons and kit, not really the sort of gear gunners are primarily concerned with, but a nice addition nonetheless. 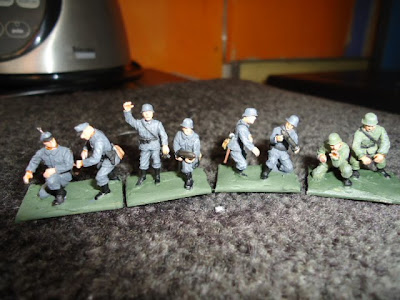 Crew selection, for CD each gun would would have a single crew stand. 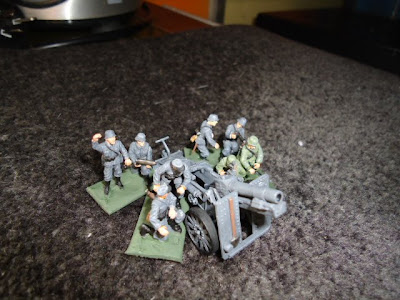 I painted the gun and most of the crew with my early war collection in mind. This is a really well detailed kit and you get quite a lot for your money - less than USD$8.
Posted by Al at 4:35:00 PM