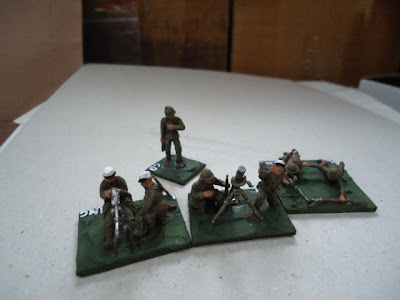 Just the usual finishing work to do on these. With a mixture of HaT, Pegasus, Esci and Revell I managed to complete an entire early war battalion. 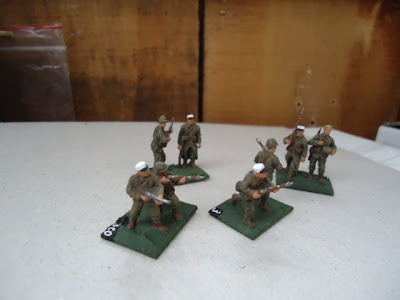 The Legion had several units involved in the Battle of France, these will end up representing one them sooner or later. 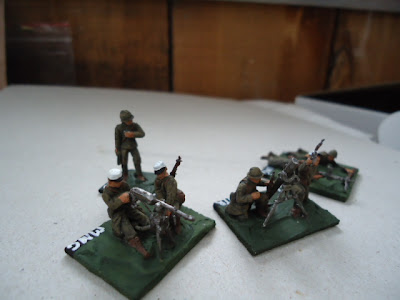 Some of the kepis needed substantial trimming of excess plastic but they look okay. 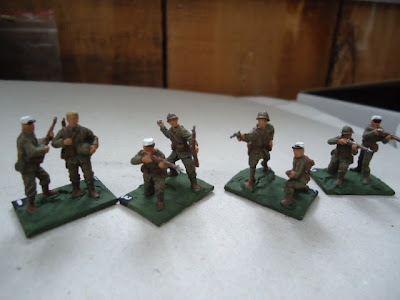 I have three early war French battalions now but no regimental assets, so I might look to do some of these in the future also.
Posted by Al at 10:47:00 AM