A fairly recent addition this. Another piece of kit for my early war German collection, this weapon dates from about 1940 and served throughout. The 50L60 was one of the few guns that the Germans had available to them capable of dealing with the armour of the T34, during the early phases of the Russian campaign. 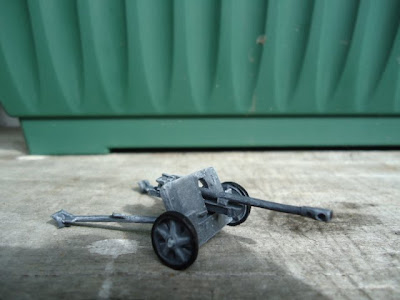 This is a metal kit from RAFM in Canada, ten parts total. 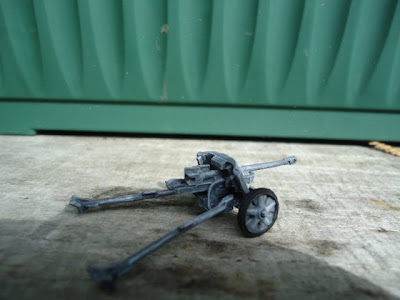 I only got one as they were not that common in early war German OOBs. 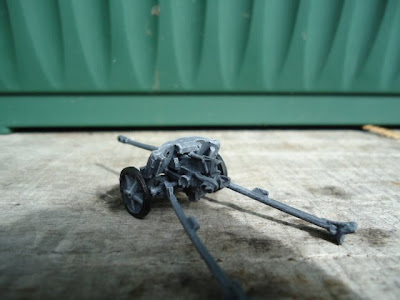 Minimal bending required for a metal kit, which is always good. 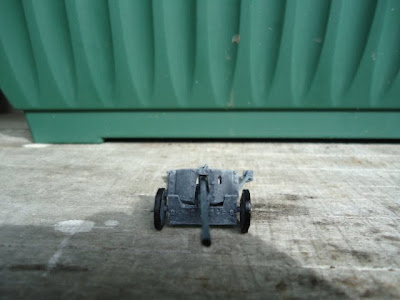 I might get a couple more eventually to give me the option of a full regiment for later war encounters, because although this was replaced by the Pak-40 of 75mm it was used in numbers on many other fronts, such as North Africa and Italy, until their replacements arrived.
Posted by Al at 3:01:00 PM

Email ThisBlogThis!Share to TwitterShare to FacebookShare to Pinterest
Labels: Guns