Another of my favourites, the DH2. 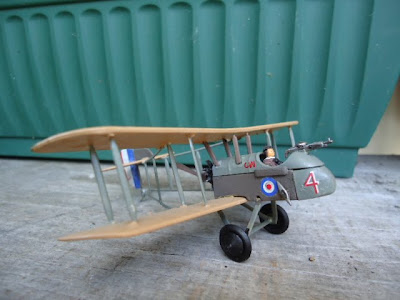 This one is by Revell and was a very poorly engineered kit. It had a lot of flash and many of the parts were misshapen or bent in some way 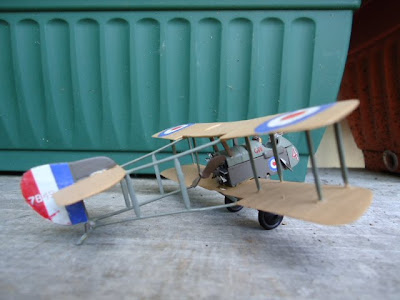 Despite this being quite a manoeuvrable aircraft it was fairly quickly outclassed by the likes of the Albatross D.1, though remained it in service until late 1917 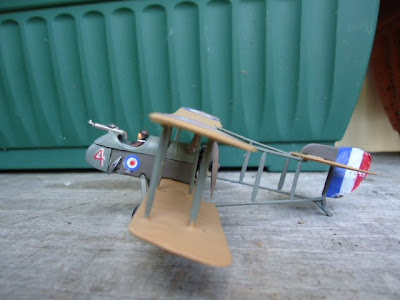 As usual the decals proved a bit of a challenge 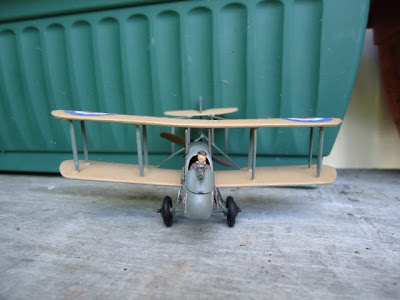 This model has seen only a couple of games set in early 1916 but I have some other scenarios that it will probably feature in once I get my early war BEF collection finished.
Posted by Al at 12:01:00 PM