Adaptions rather than conversions these, I put them together with my small Polish collection in mind, but have since decided that they will also do for French and possibly Dutch and Belgian as well. 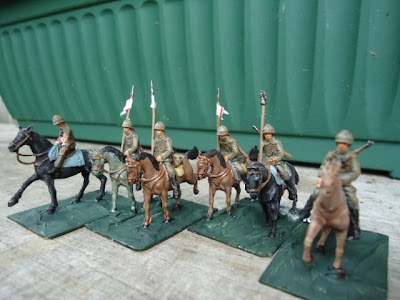 All of the figures are from the HaT WW1 French artillery set. 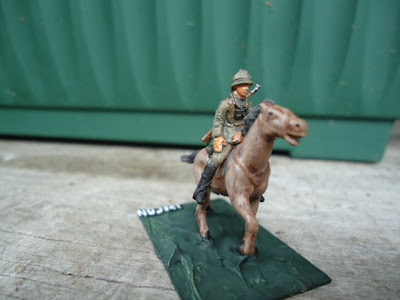 This is the recon stand, all of the figures had things like ammunition pouches and rifles added, and the horses got saddle furniture from the bits box. 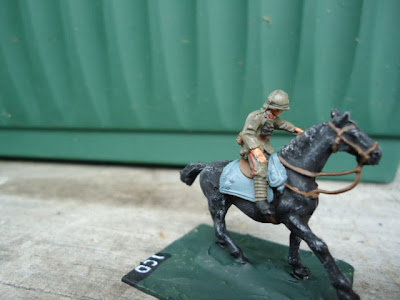 Next couple are of the commanding officer riding his magnificent black charger. 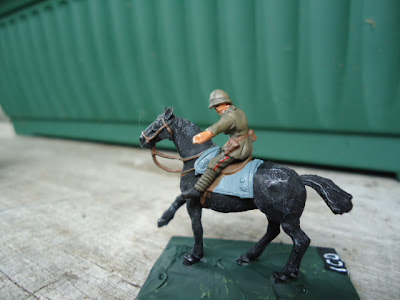 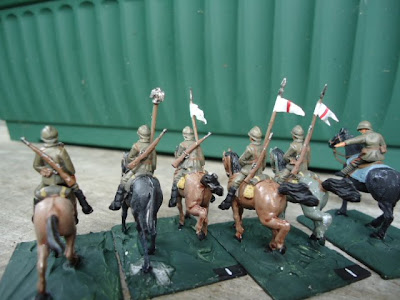 Don't know where the lances originate from but they don't look too bad, more bits box spares 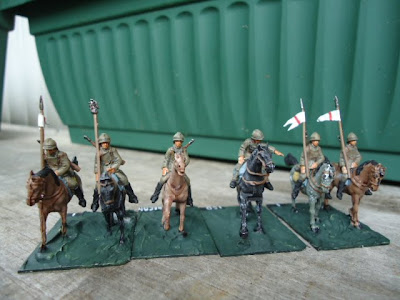 For CD3 this represents a squadron of about ninety men and whilst they can be dismounted to fight as infantry they are most effective in the saddle where they have a high close-assault rating - against everything except tanks! 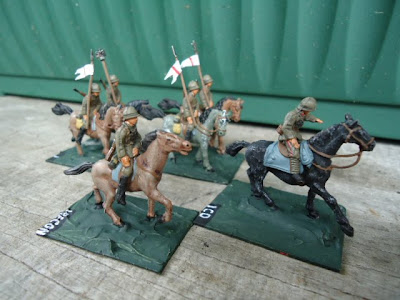 Not exactly in line with plane month, it's just what I've been working on in between wrestling with the Bulldog that I'm building - which is a mare.
Posted by Al at 6:50:00 AM