Took a short trip south over the holidays to play a FoW game with Gerard Davey and Andrew Dempster, here are a few pictures from this encounter. All of the kit on display is Andrew's. 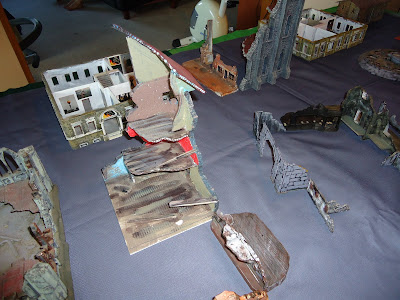 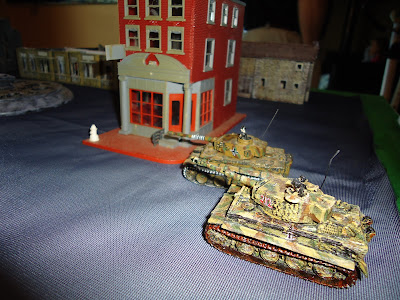 My understrength Tiger company on its start line 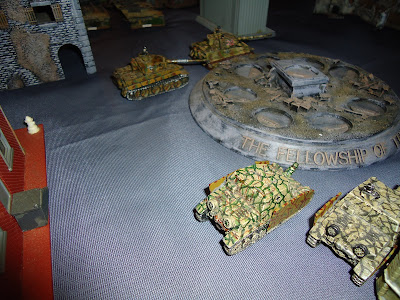 Ably supported by these assault guns 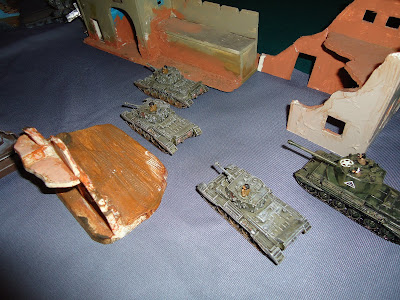 Some of the opposition's kit moving up; mostly Cromwells 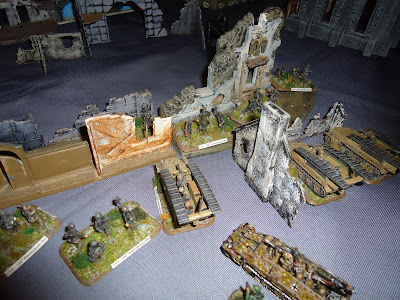 Panzergrenadiers taking cover. They got pretty good field position early on but could not move forward until their armoured support arrived 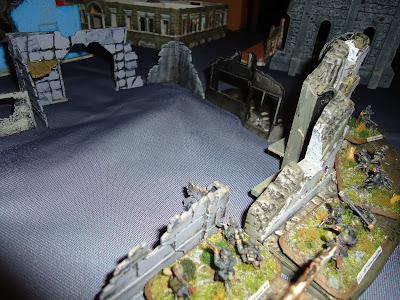 The photos don't really show the superb level of painting on these figures, Andrew's stuff is simply awesome to look at 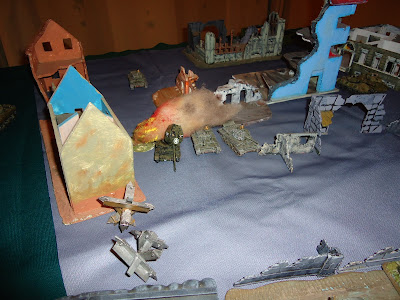 The Cromwells after a brush with the Tigers 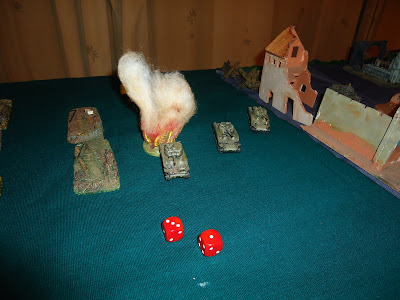 Roughly left of centre, Shermans taking casualties from a mixed company of PzIII & IVs just out of shot 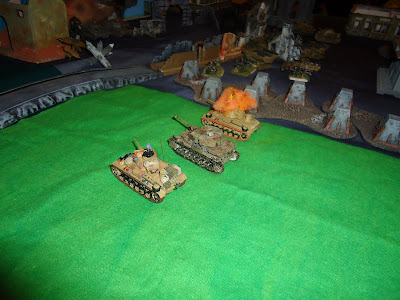 This unit played a crucial role linking my flank with centre 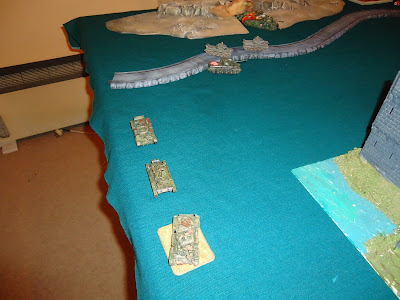 Flanking attempt by one of Gerard's companies 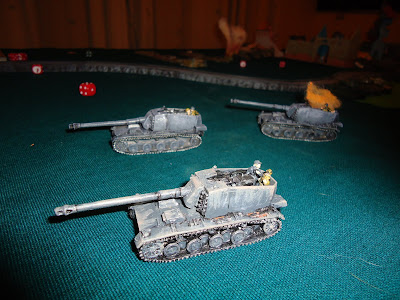 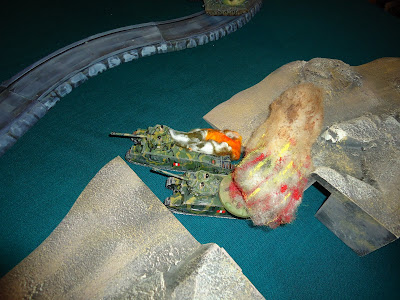 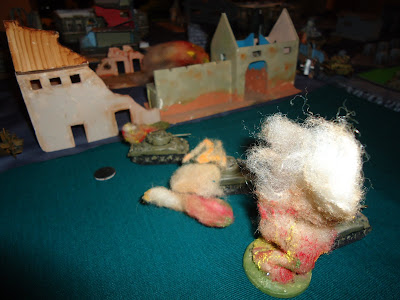 The destruction of the Shermans 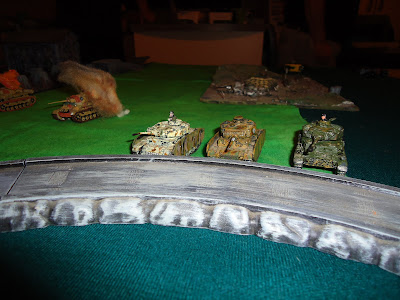 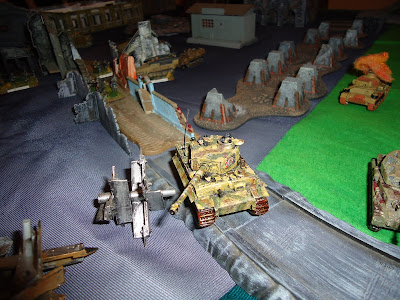 My Tiger unit took hits but stayed in the fight throughout, here is the surviving tank moving in to support the Panzergrenadiers 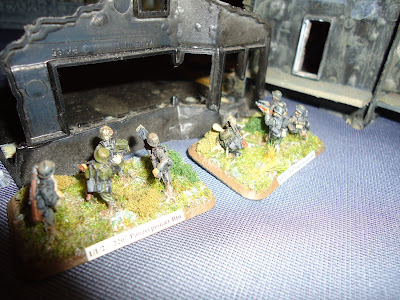 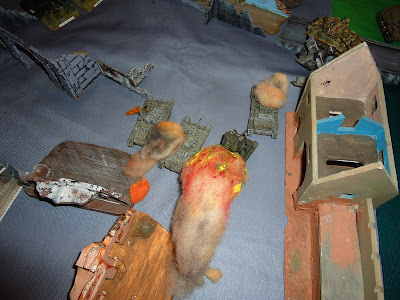 A fast and furious game that the Germans ended up winning by a score of 8-1. Great fun, good company.
Posted by Al at 1:21:00 PM