The Truth about Seoul 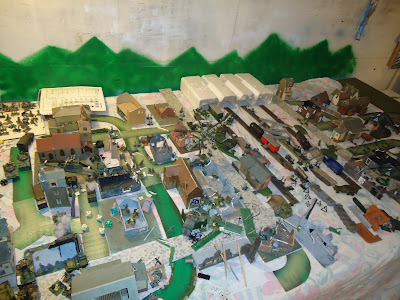 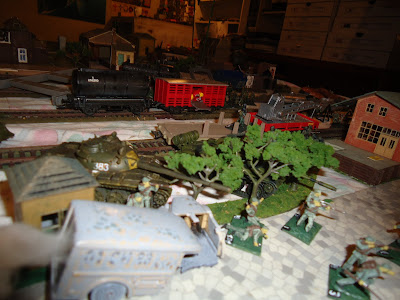 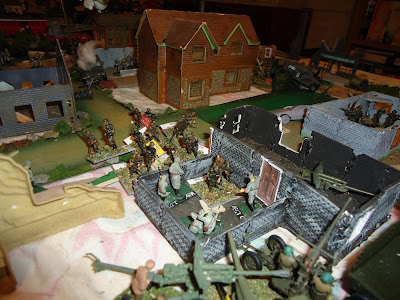 Militia RHQ resolutely defending their command positions, some minor sideways tactical movement was necessary to give the ROK the illusion of progress and thus lure them into an easy false sense of security 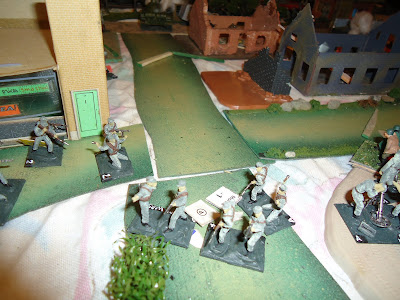 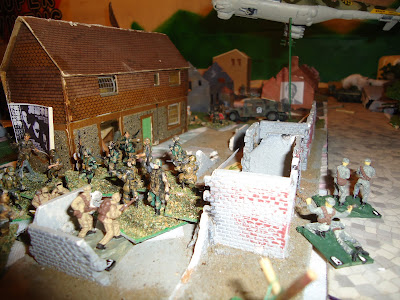 Members of the militia Penal Battalion putting the boot into US airborne troops; many of whom had to be dragged out of cellars, sewers and other generally low-lying areas 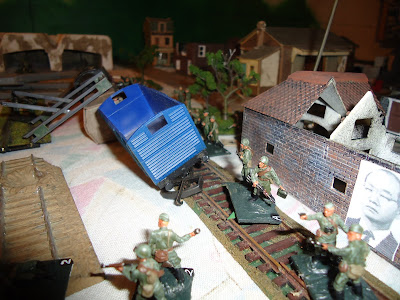 Elite NKPA airlanding units hurry to catch up with the action 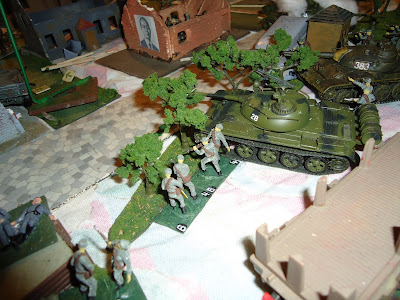 Further evidence of northern domination of the battlefield; not an imperialist western aggressor to be seen 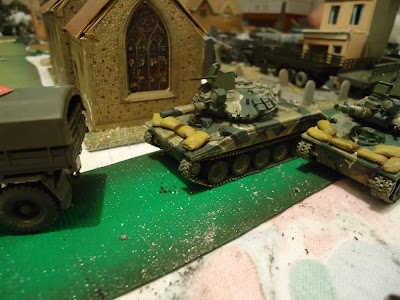 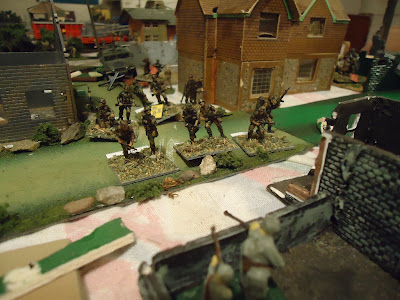 We've played about 16 turns of this game and have agreed to open up the other half of the table to our reinforcement units, stay tuned...
Posted by Al at 5:29:00 AM