Somewhere near the Marne

First up from Games Week 2012, a small Franco-German encounter set in the first few weeks of the Great War. The kit is all from my WW1 collection 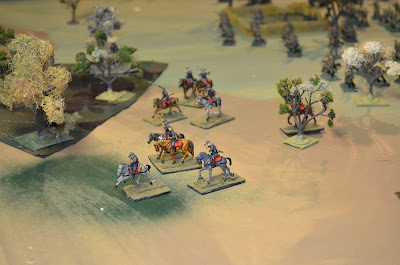 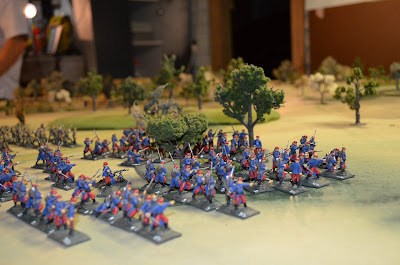 Extreme right of the French line 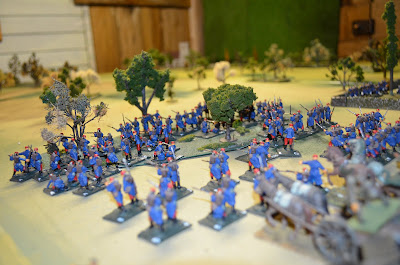 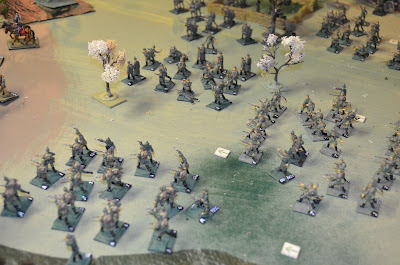 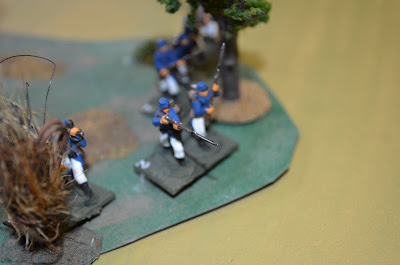 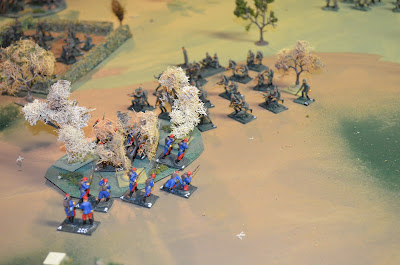 Centre positions here, both sides tried to capture and hold the best covered areas which produced some very heavy fighting 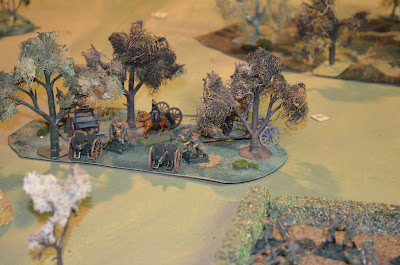 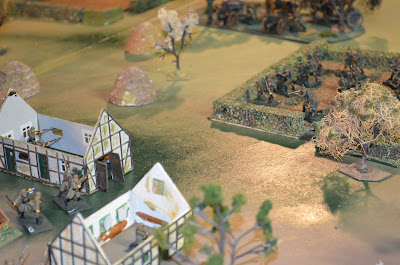 The Farm. The French tried to reach the German artillery a couple of times from here but lacked the numbers in the end, and just contented themselves with small arms exchanges with the Germans in the fields opposite 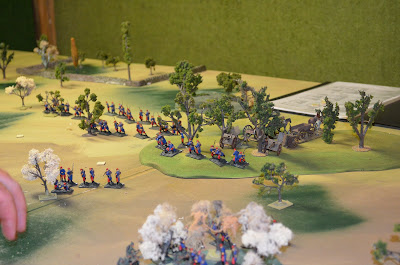 Centre-rear of the French positions, with their artillery on the hill 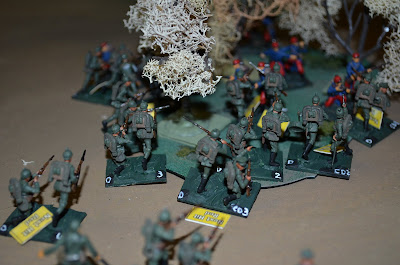 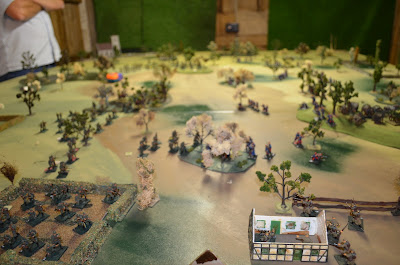 We only played seven turns but it was good to do something a bit different. Next up, Tarawa.