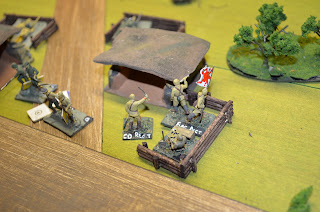 Japanese RHQ at the southern end of their line, this unit was destroyed (as it was historically) by naval gunfire at around 2pm; about turn 7. Figures are Airfix. 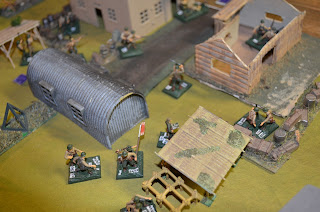 This is the rear or the airfield defences, showing the northern Japanese RHQ and the reserve company of infantry attached to them 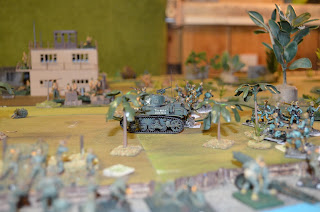 Marines supported by their light armour 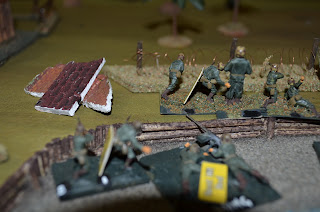 Venerable Airfix Marines in action along the seafront. The yellow markers indicate about 1/3 casualties. The rubble to the left of pictures is a destroyed pillbox 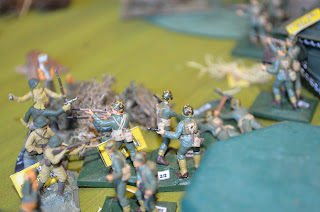 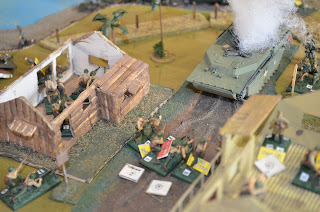 Just inland from Red Beach, the Marines encountered strong resistance from this area around the village and had to wait a turn or two for support to arrive 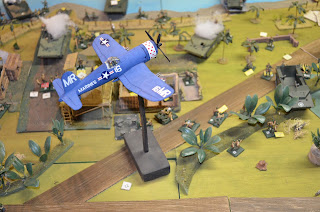 The support. US aircraft smashed the Japanese positions just about every time it turned up 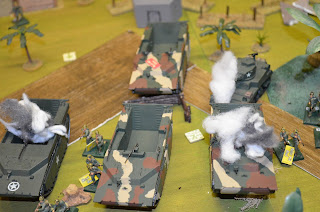 Losses of armour did not hold up the drive inland. 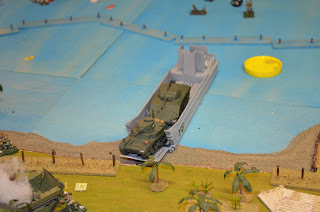 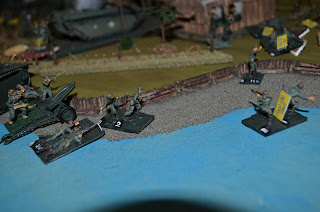 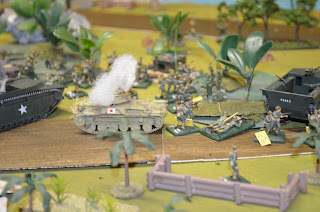 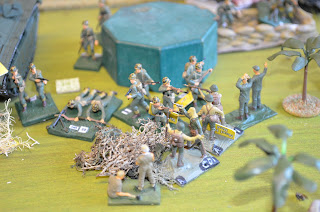 The end result of one of the Japanese human wave assaults at the southern end of the island. Several Japanese companies tried this tactic with fairly limited success 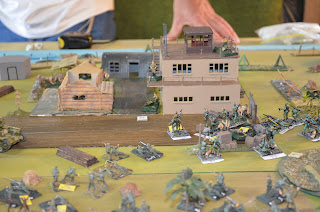 Marines on the airfield, not far from the last pockets of Japanese resistance. One of the best games we've ever played. Will post a few more random pictures for you all in a couple of days.