The first few hours of the invasion 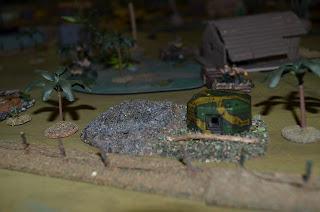 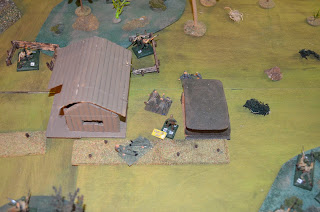 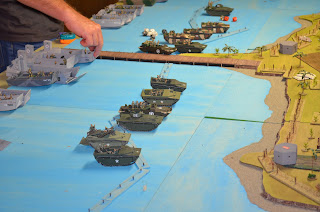 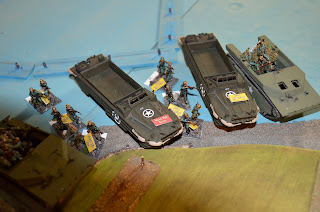 Several US transport vehicles took hits on the run into shore 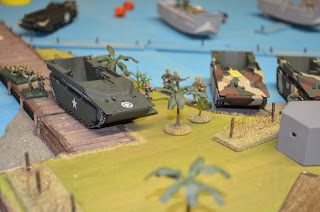 Japanese bunkers hold up early attempts to establish a foothold on the beach area around the pier. Figures are Italieri, Buffaloes are Airfix 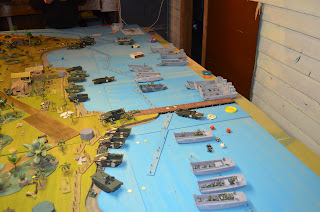 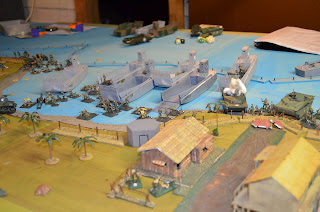 A couple of turns later, heavy landing vessels are also able to contribute 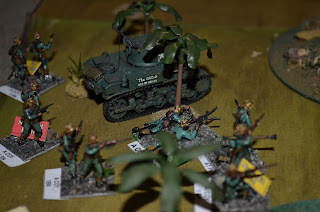 The arrival of some light armour allowed Paul to move his Marines onto their first objective, which was a small village about a 1000 yards inland 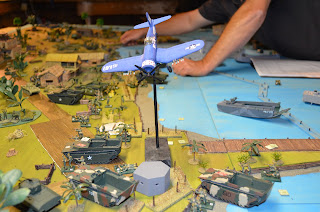 Despite being bypassed a few Japanese pillboxes continued to hold up the Marines trying to move ashore, and air support was called in to solve this problem 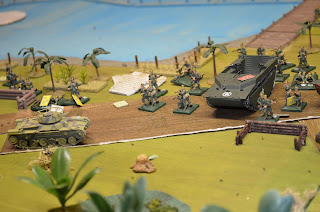 Japanese armour attempting a counter attack, though without reasonable infantry support it was doomed to failure. Airfix Chi-Ha 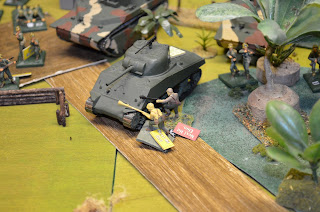 Suicide anti-tank stands had more luck, despite being wiped out to a man destroyed a Sherman and a Buffalo 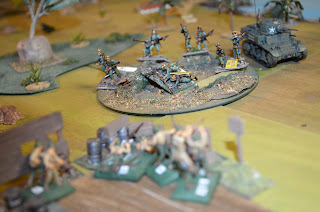 Early moves against the out airfield defences. Japanese figures are Esci.

Part 2 when I get some more time:)