The last of my Frontline resins for now. I got this one with my small Minor Nations collection in mind but it could also feature in Sealion type scenarios, as they were still used as training vehicles in 1940 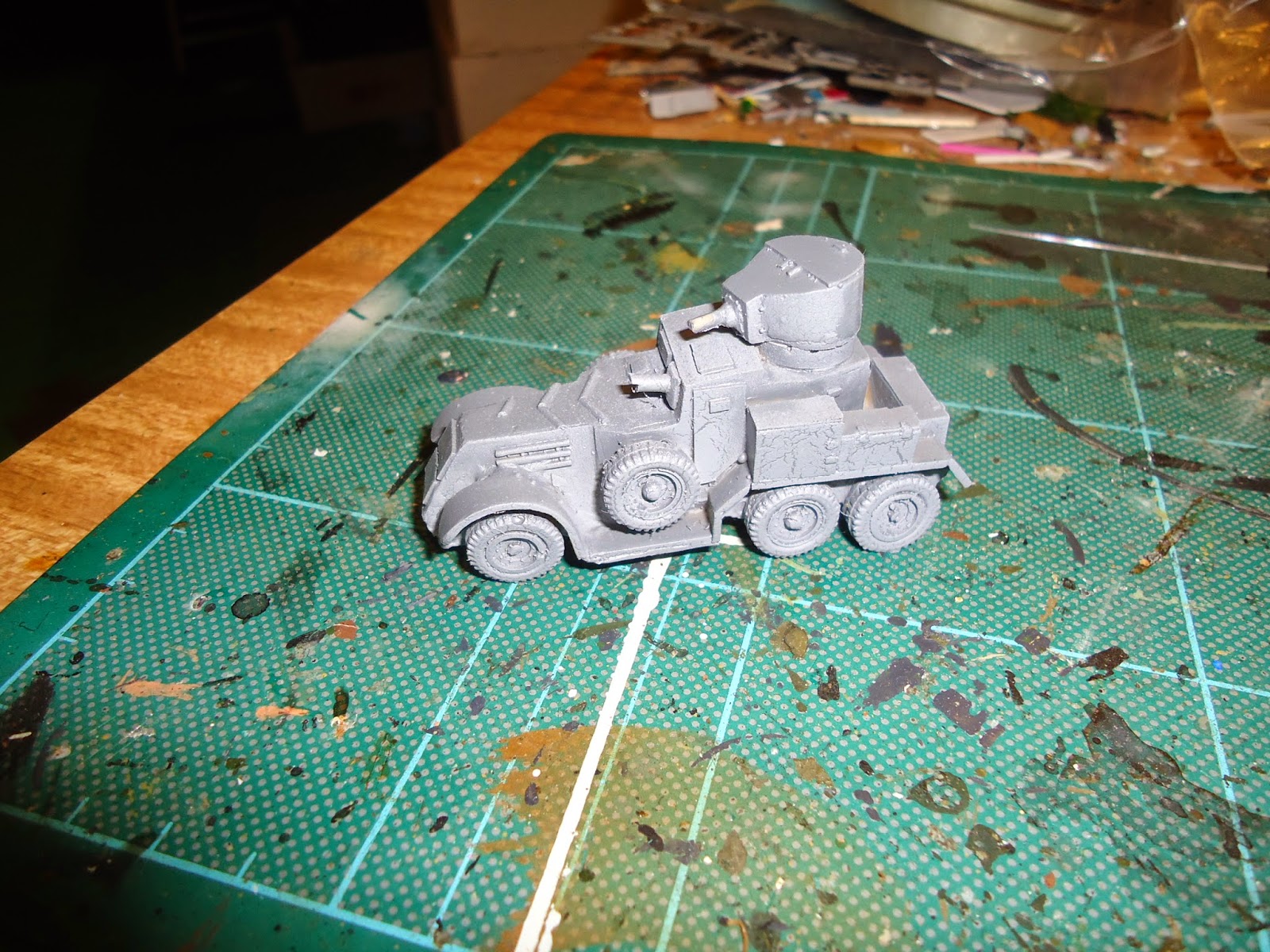 Similar to the Lanchester 6x4 armoured car in many respects, though these served until 1945; mostly in the Pacific 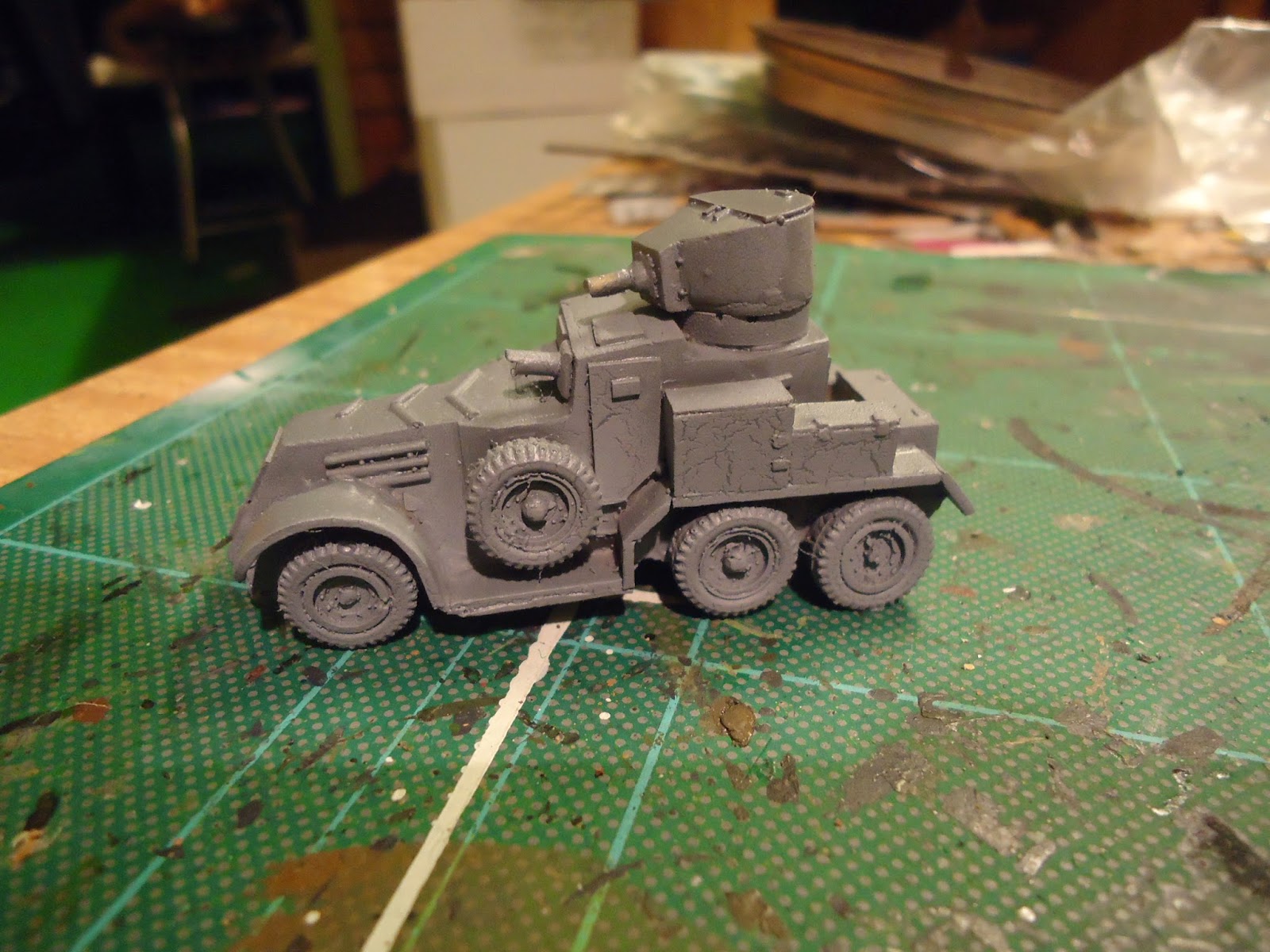 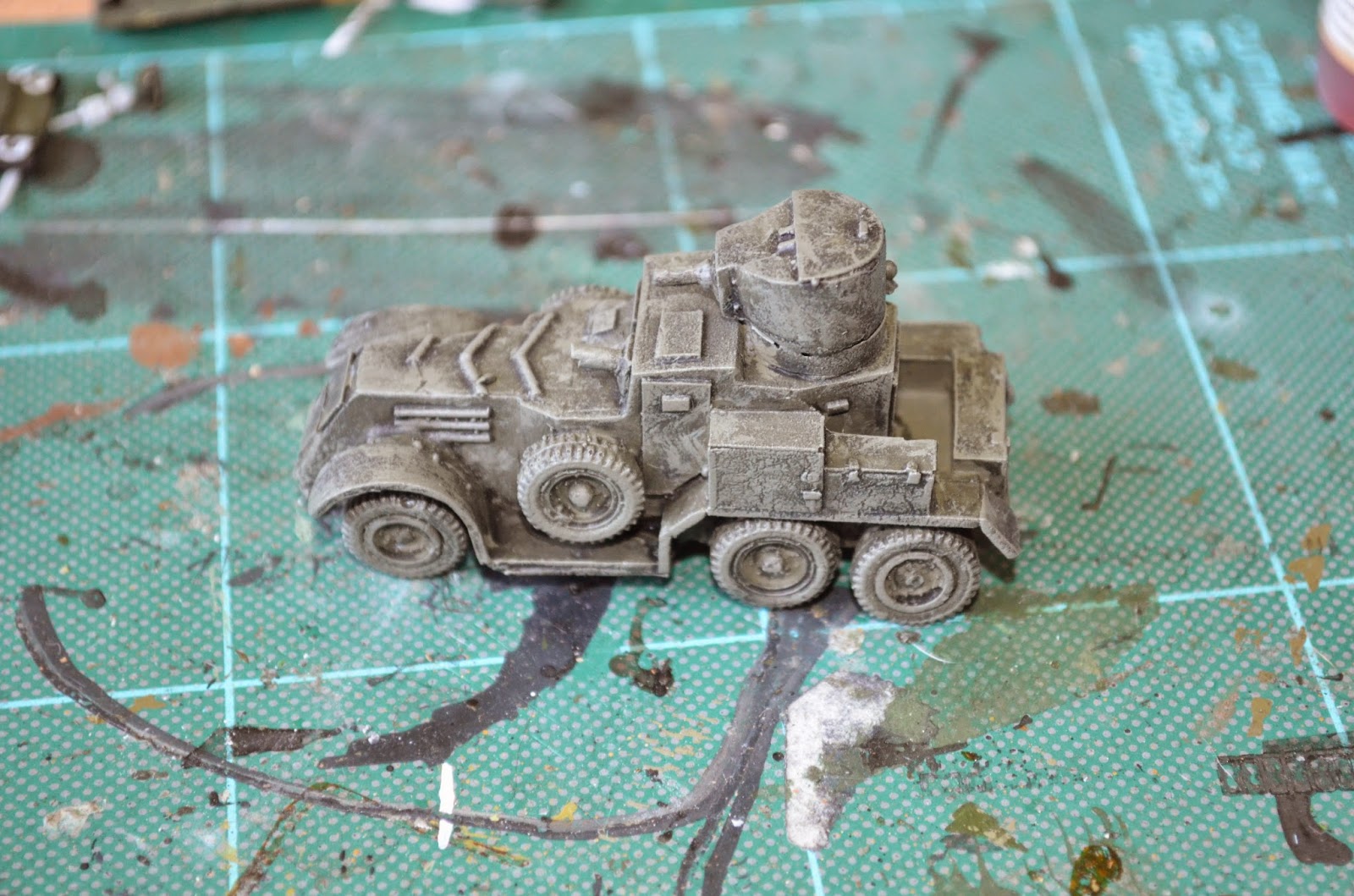 Base colours. I tried to keep it as neutral as possible so the model could stand in for similar vehicles of minor nations, Dutch, Polish, etc, I'm not a purist :) 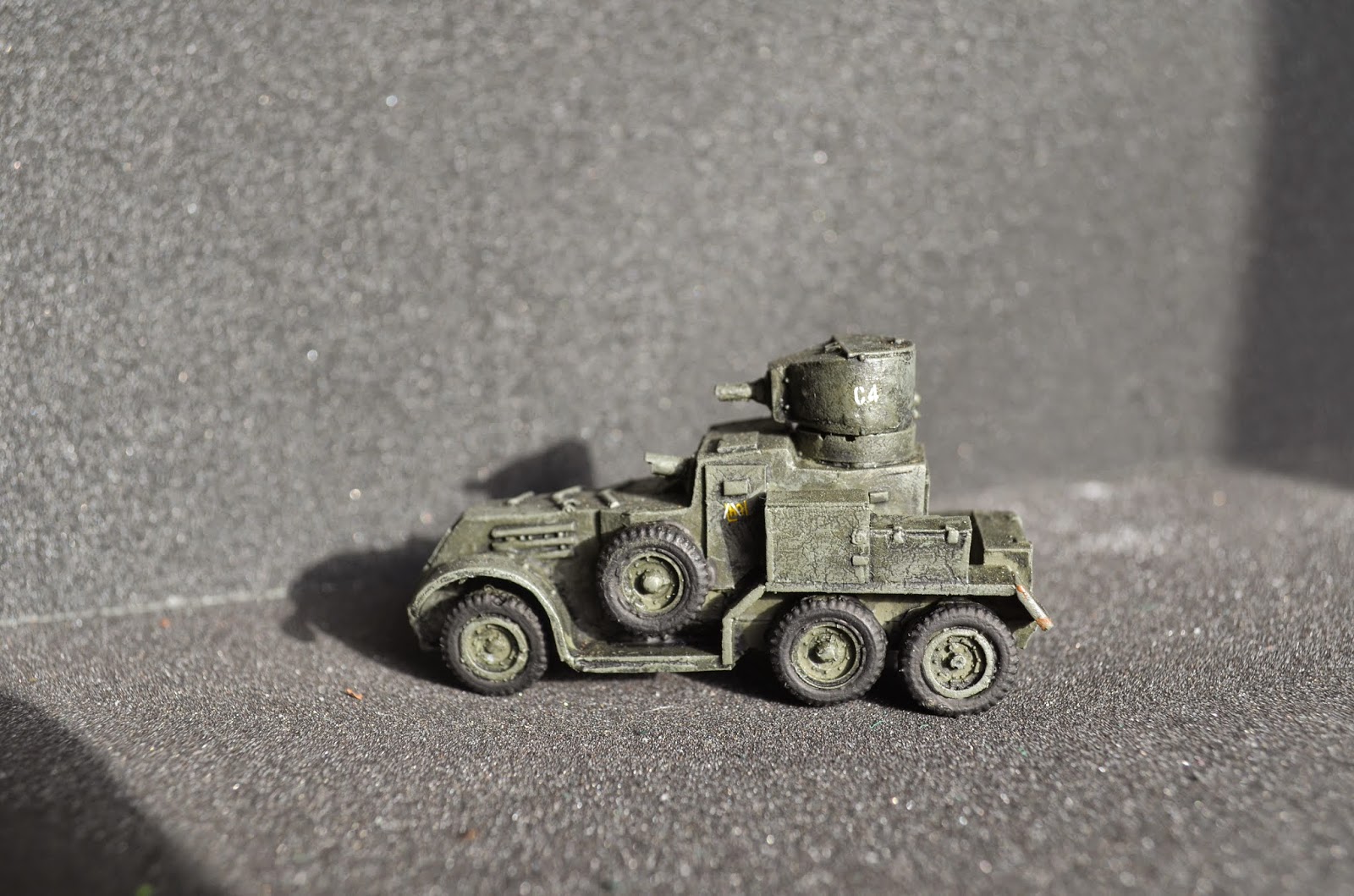 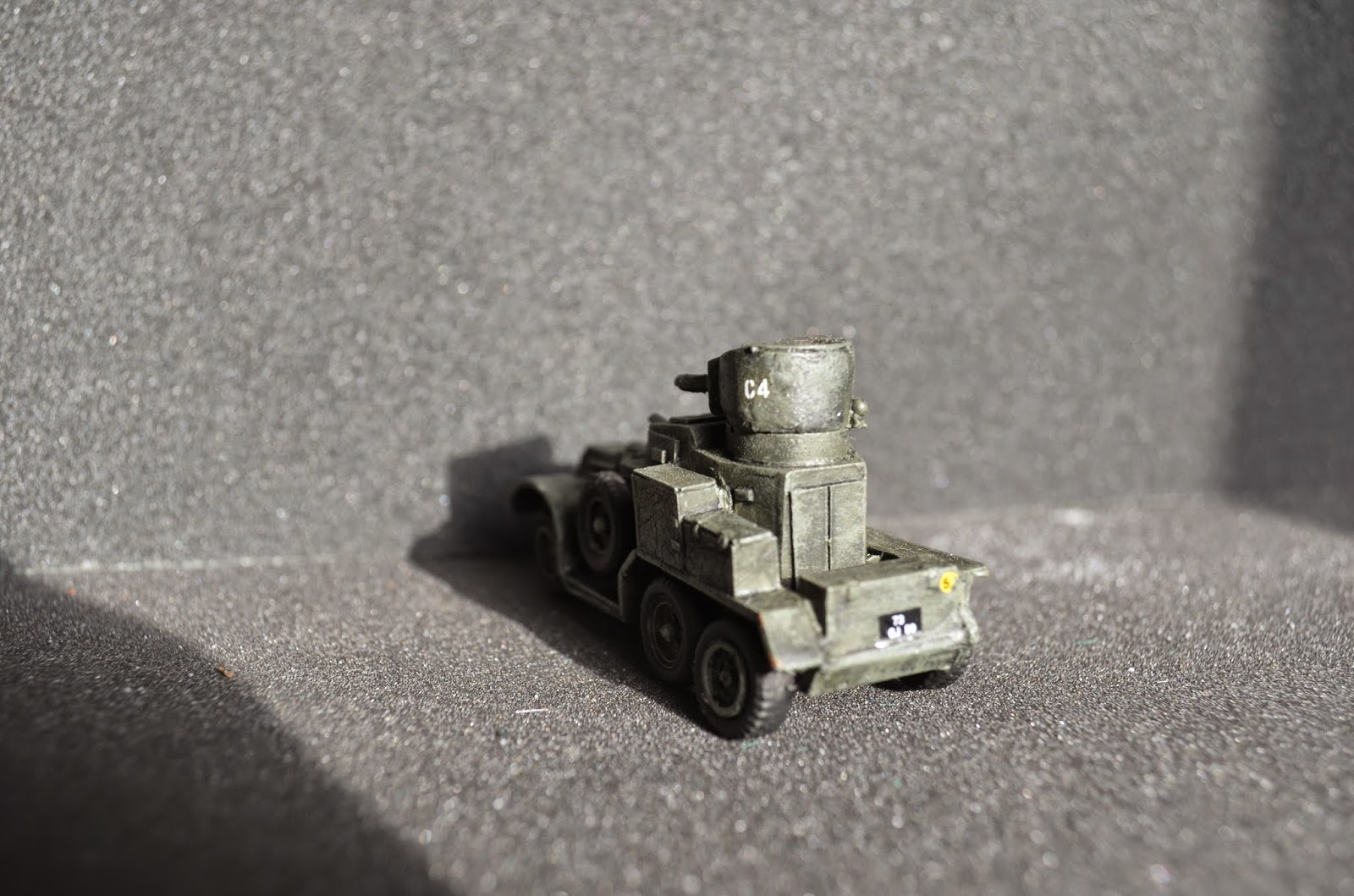 Fairly generic decals, which never seem to go on smoothly :( 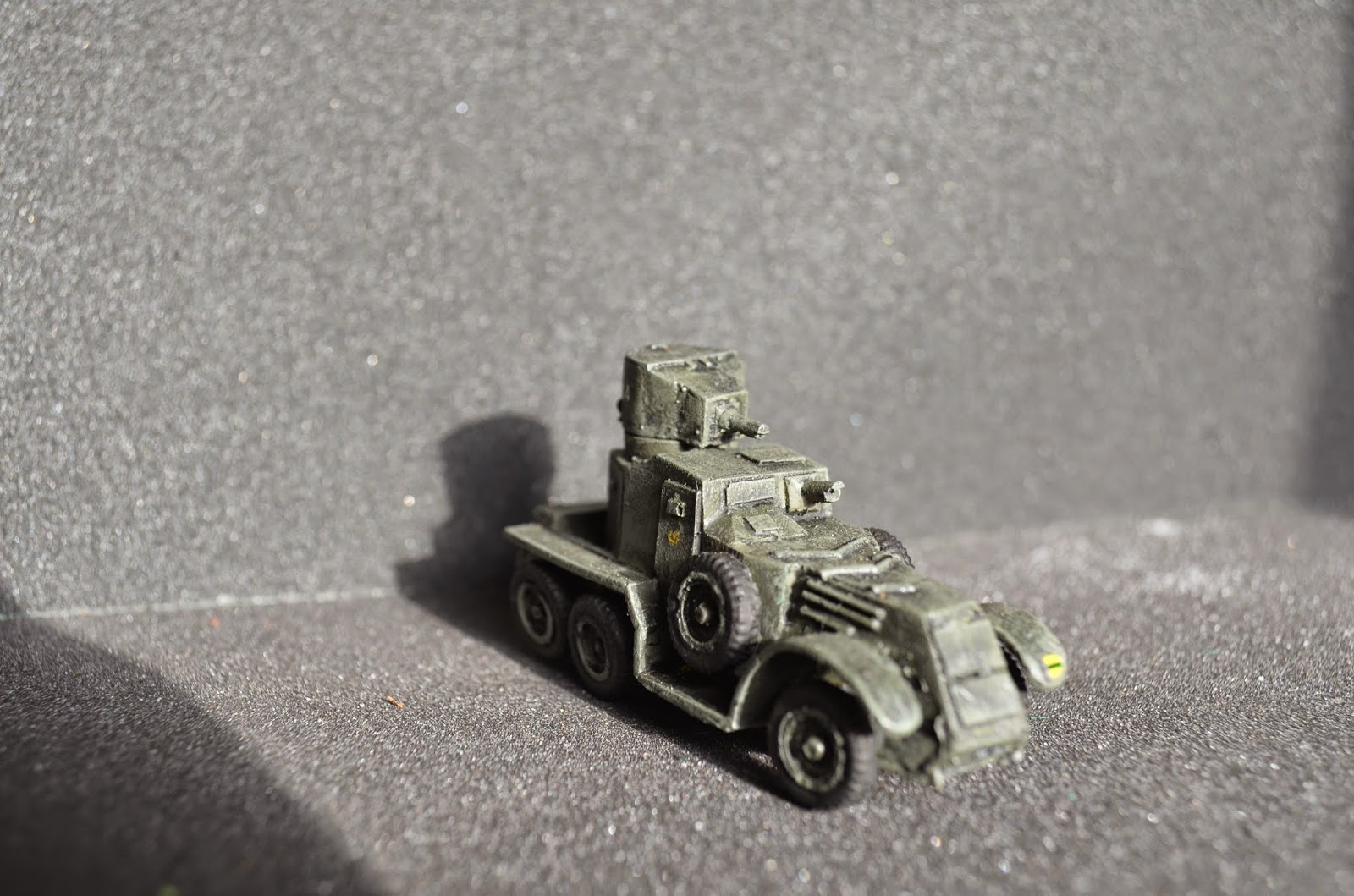 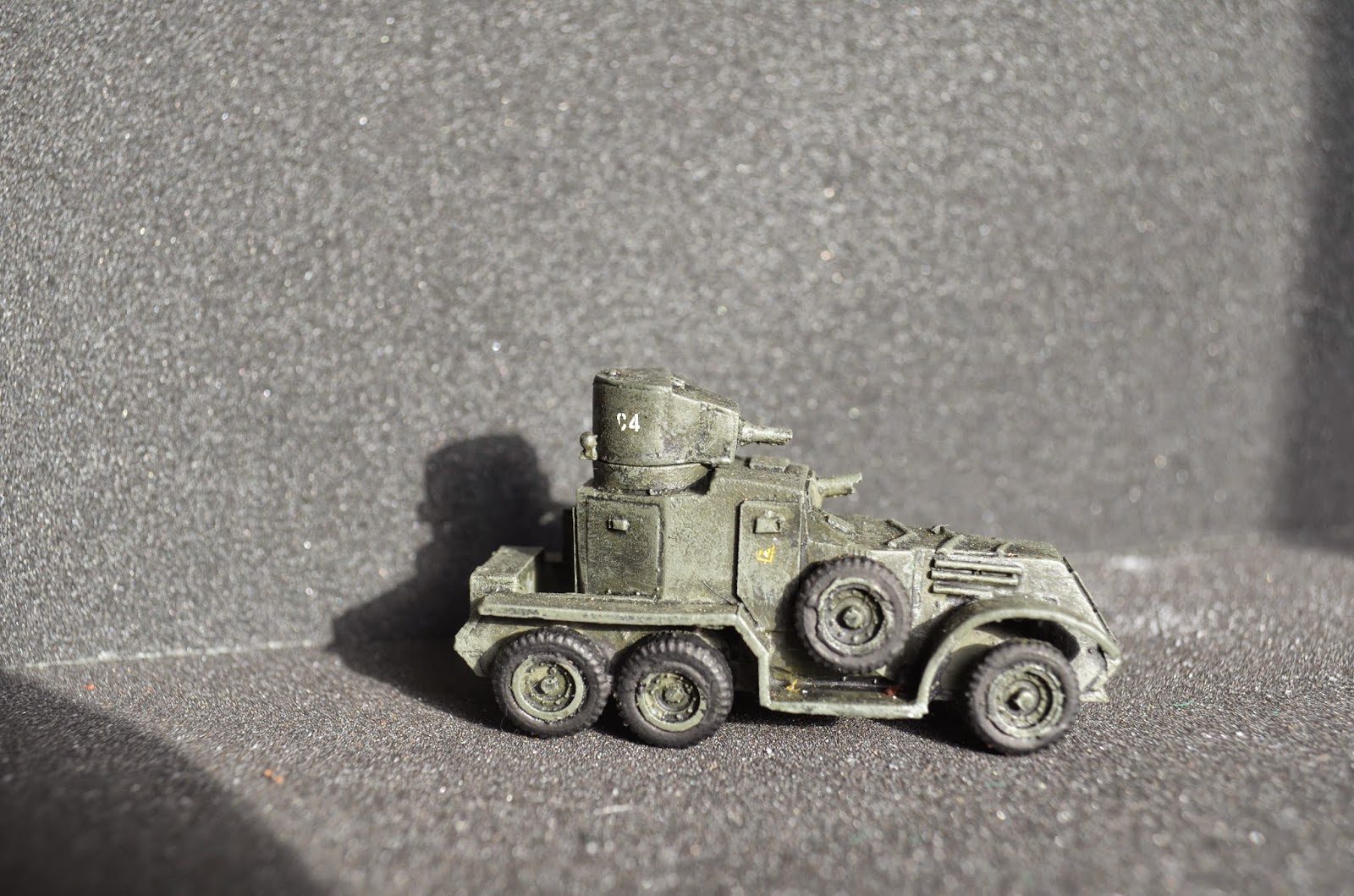 Armed with x2 Vickers machineguns, and carrying about 7mm of armour, this is a light recon vehicle at best, but like others of its ilk would have been pressed into service in the event of an invasion of England.