A couple of the only metal figures I have in my collection, BEF by SHQ. These have provided a bit of a model for my latest effort. 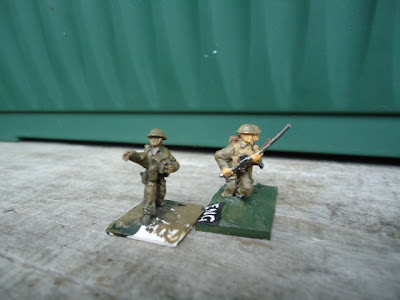 They have had their bases removed to better match the size of the plastic figures. 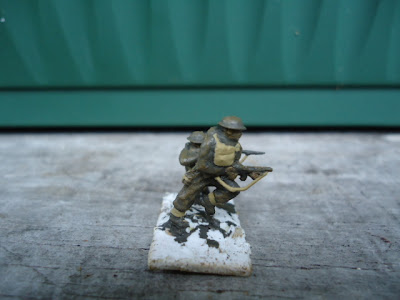 First command platoon, the NCO has an old Thompson with the forward pistol-grip. 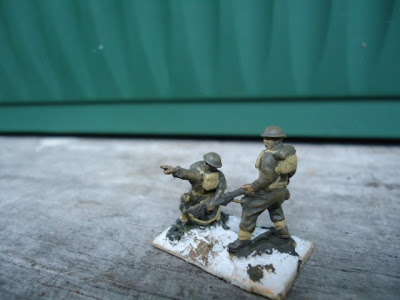 Likewise with the second NCO figure. At first, I tried to make the Thompsons drum-fed, but this proved beyond my abilities - for now. This figure was formerly a first edition Airfix commando officer; not hard to make that one look better! 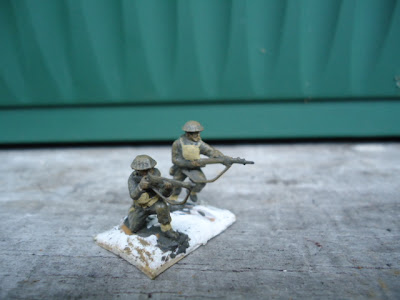 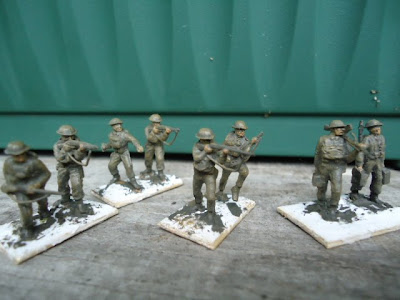 The Airfix figures were a bit taller than the Matchbox ones so I removed their bases for a better match. The proportions of the two are happily very similar. There is still much to be done with the paint work, etc, but once I complete these two companies plus the LMG platoon I'll see if I have enough figures left to make a full battalion.
Posted by Al at 8:24:00 AM