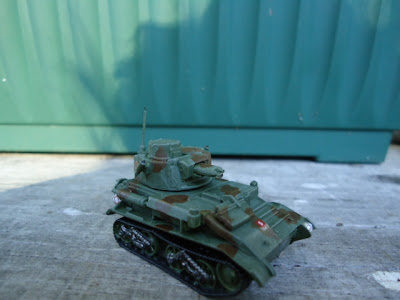 Recently completed. This tank was originally by JB Models. I did the first one when I was working in Korea, where 1/72 scale kits are very rare - their preferred scale is 1/35. The shop I got this from had at least two thousand models to choose from, and this was one of only half a dozen in this scale they had, so I brought them all. 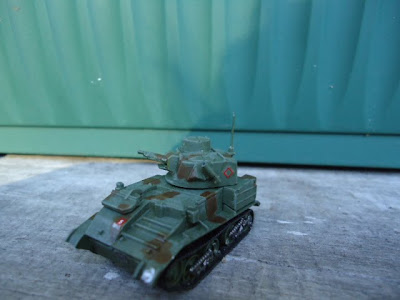 It has had a little more attention to its paint work, benefiting from my growing experience with this hobby. 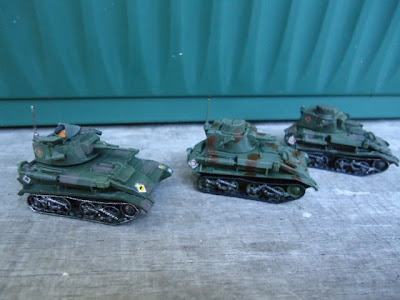 The full company, foremost is the command platoon which has a 15mm cannon. These are excellent models now produced by Airfix. They are reasonably priced and well engineered. You get a couple of options with which variant to build, and there is also three different unit markings supplied on the decal sheet. These tanks were used until about 1942 by the Allies, and as late as 1948 in the Arab-Israeli conflict. Probably see this lot in the Calais game soon.
Posted by Al at 1:06:00 PM