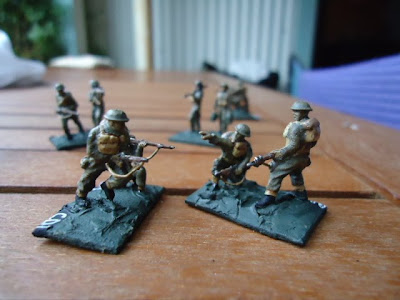 Just the usual touching up to do but these two companies are now pretty much complete. 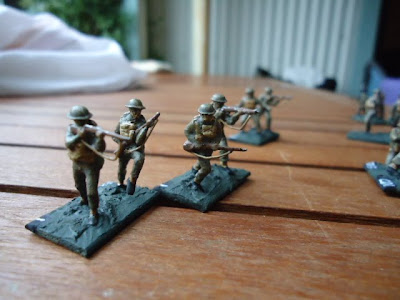 Most of the figures are standard Airfix or Matchbox WW2 British Infantry with a bit more kit added. 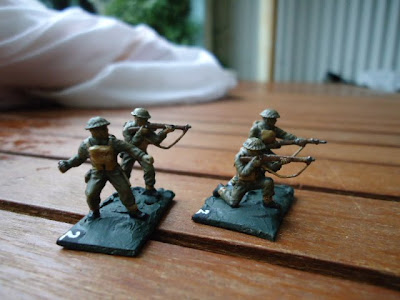 The rifle slings were made from plastic wire that my friend Gerard from Hokitika gave me ages ago, this stuff also makes good tank ariels. 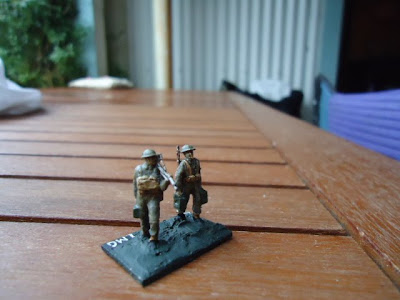 The figure on the right has had a head swap, rifle and ammunition pannier added, but I don't know its origin, it maybe Atlantic, Almark or something else obscure. 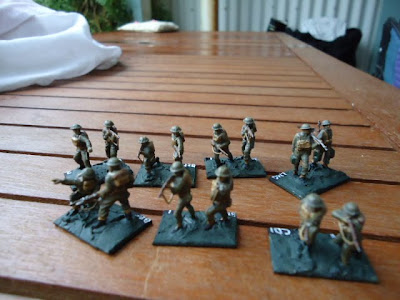 Two companies plus an LMG platoon. For my next project I am thinking about making some mid to late war New Zealand infantry.
Posted by Al at 4:41:00 PM