Got together with Paul last night to play a sideline game in our mini campaign. An Anglo Australian raid on an island, home to a dirty weapons plant, located underneath the central building areas (WMDs). The game featured an amphibious assault supported by a helicopter force, which included a gunship. Paul commanded the coalition forces, I had the NKPA 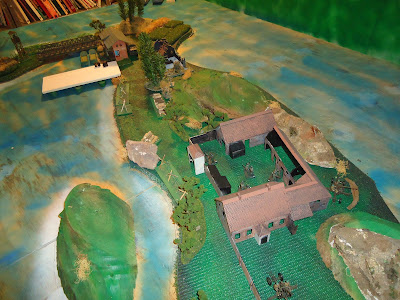 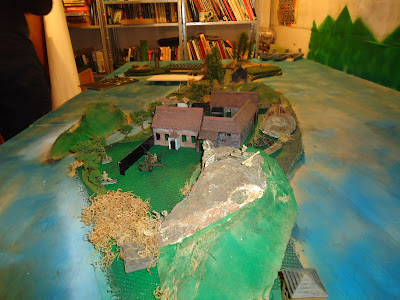 Southern end of the island. The defenders were low-grade static guards of poor quality morale, except one company of the NKPA's veteran NBC troops 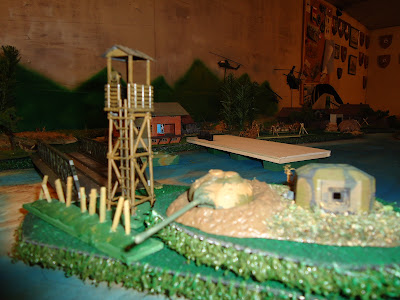 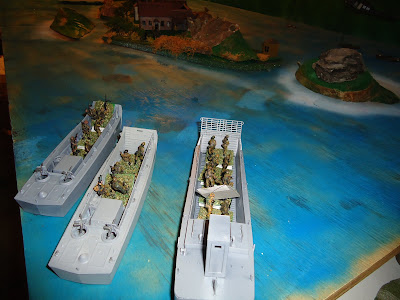 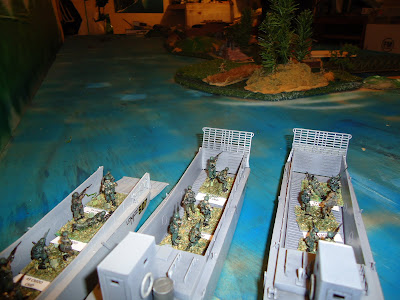 Southern end, Royal Marines on theirs 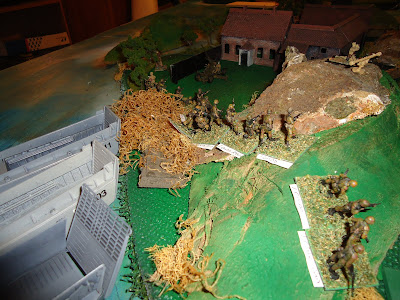 Turn One, the Aussies land to minimal resistance and immediately formed up into their assault groups. The North Koreans inflicted a few casualties, but the Australian return fire almost forced them from their positions 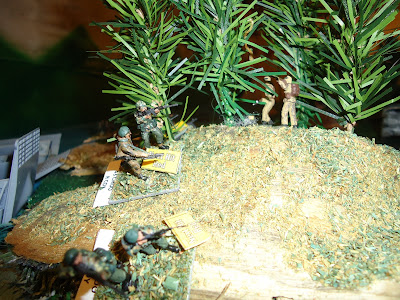 43 Cmdo at the other end had a much harder time on their landing zone. Some platoons lost about a third of their strength the same turn they landed. Paul's Matchbox and Esci NATO figures 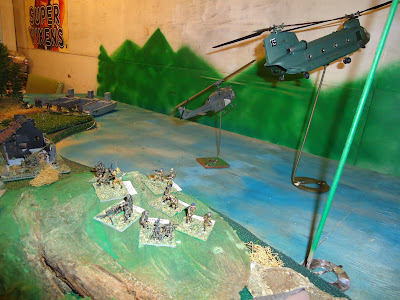 The landing continues with support units being airlanded on to the hill directly behind the main plant facility. In CD rules a helicopter can move, land, and then move again. Light AA fire proved ineffectual, the NKPA were now under attack from three sides, and the supporting gunship remained on station creating huge problems for the already shaky Korean morale 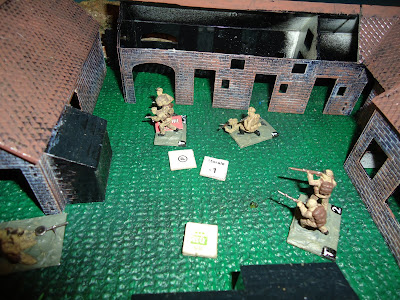 By the second fire phase of turn two, the NKPA had all but lost the southern end of the island. The NBC company had been mauled by the advancing Australians, and the company pictured here broke and ran after losing only about 10% of its strength 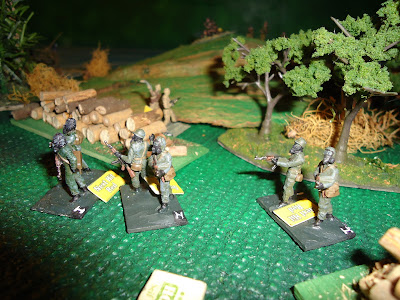 Turn three. The NBC company was still functional but had been forced from their positions 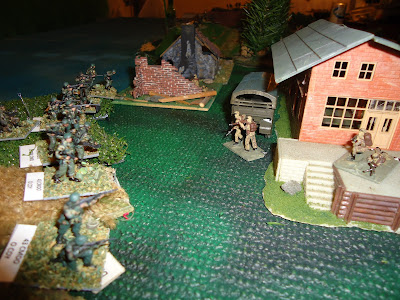 The NKPA had more ground to play with at this end of the island, managing to disengage and regroup, after inflicting reasonable casualties on the marines. The six marine platoons in the picture are on a front of about 600 meters in CD terms 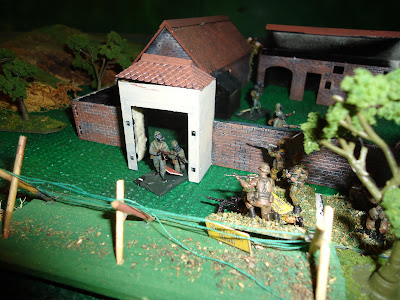 About mid way through turn four. The Australian Commandos took quite a few casualties to the recently returned NBC troops 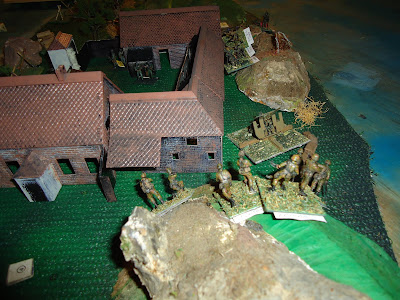 Here another Aussie company takes out the last of the North's AA defenses; such as they were 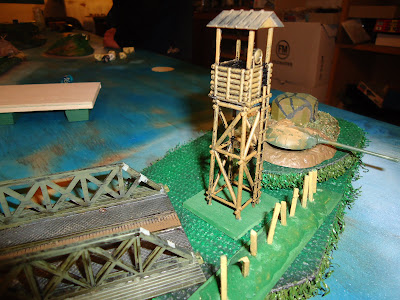 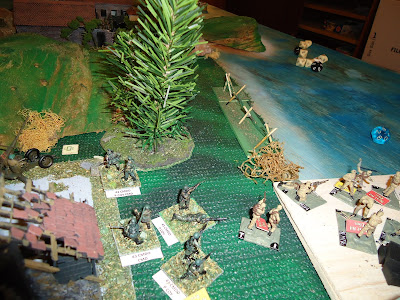 Broken and battered NKPA units had been making their way to the inner harbour area all game, as it was the only area safe from the helicopter gunship and the support units of the two attacking forces. Here members of 43 Cmdo secure this objective taking a couple of hundred prisoners in the process 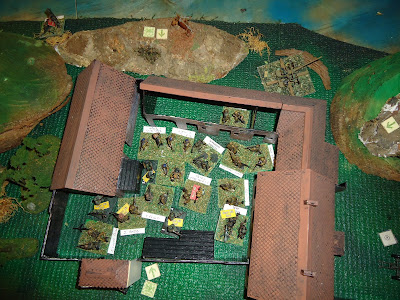 End result. The entrance to the underground weapons plant swarming with Australian forces. A very good game for getting used to the rules for this period. Hopefully Paul will post a few pictures too as I didn't take half as many as I needed to for a decent write up.

Still, the first setback in the NKPA's glorious reunification of the South, off with some heads!