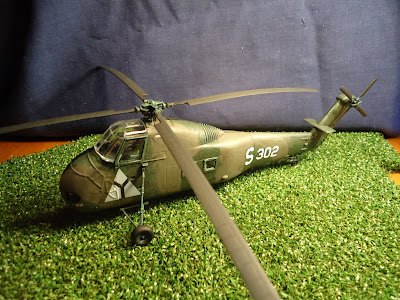 First ever helicopter model complete. This is one in a flight of three that I will eventually have, and plan to use pilots and a crew chief on the last to distinguish it as the command unit. 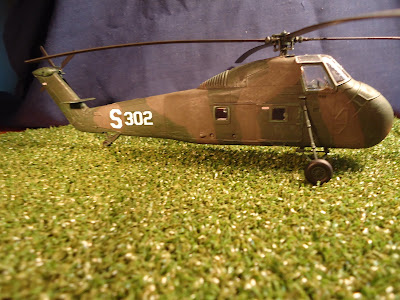 As mentioned earlier this particular example dates from the 1960s. However, for gaming it will fill for 1950s-1980s. Left of quite a few parts that I thought would give a too modern appearance 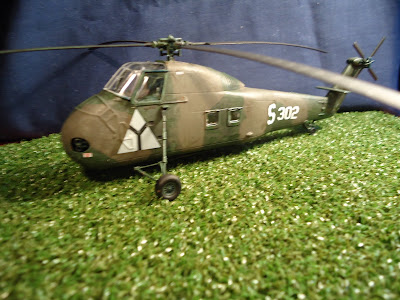 I've got a reasonable selection of decals to choose from but will just use numbers and letters because I want to them to have a sort of multi-national look. These ones are off an old bomber or something like that. I see storage being a problem with these things!
Posted by Al at 2:15:00 PM