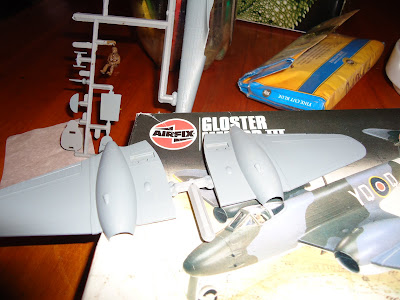 A very tidy kitset for it's age, zero flash and well engineered 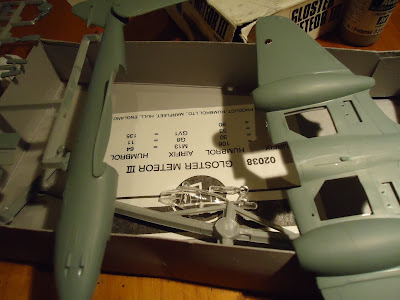 Everything was undercoated on the sprue. I didn't have any of the box colours, so had to settle for as close as I could get with what I had 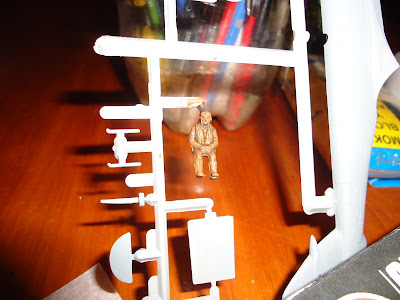 Even detailed the pilot on sprue, which was a first for me 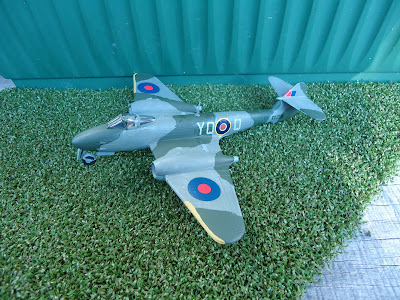 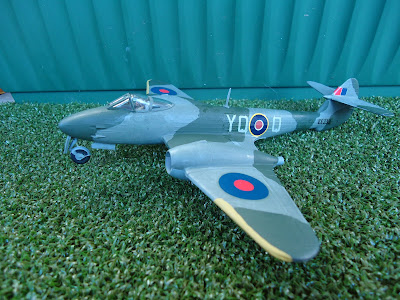 As with most of my aircraft, modelled undercarriage down 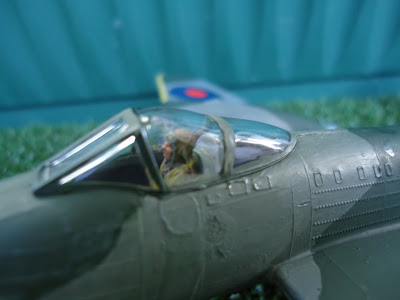 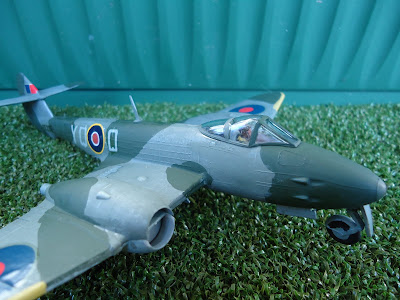 Should get a good run out of this, from about mid 44 through into the 1960s 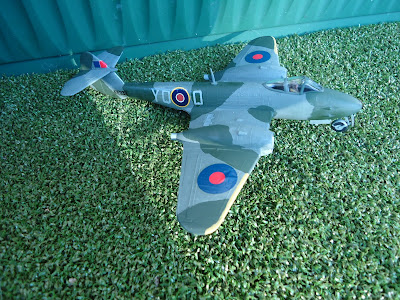 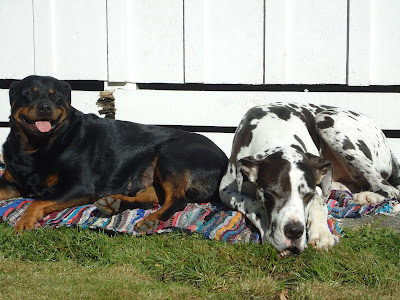 The support crew; this is about all they did the entire weekend