An Anglo-Soviet encounter game set in 1952. The reds (Paul) fielded three tank companies and four infantry battalions, The British (Me) two and three respectively. The Communists also enjoyed air superiority, though Brits had air-landing capability. All units started the game on cards and the actual models were not placed on the table until they were spotted by enemy forces - both sides had a number of dummy cards, which confused things further 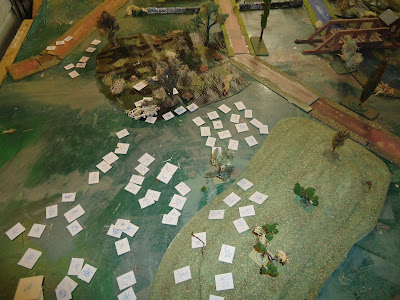 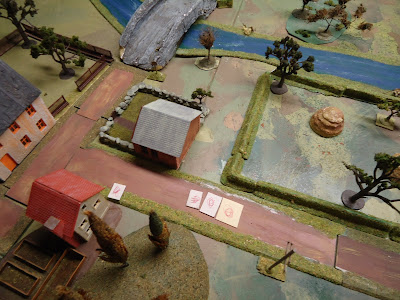 Early Russian moves, they turned out to be recon units 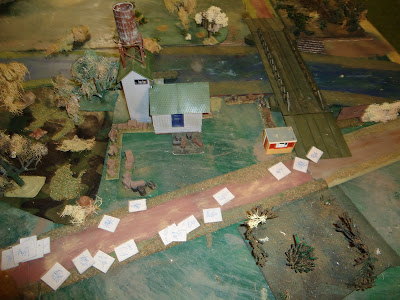 British units on the extreme right of their front 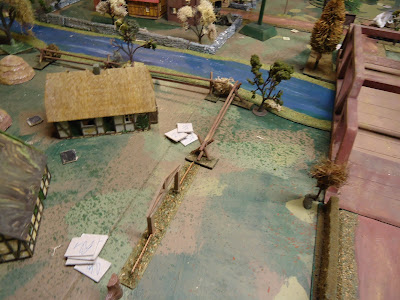 This large bridge was about the halfway point 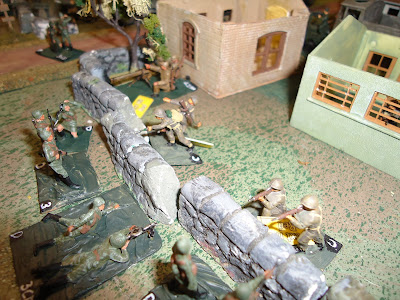 About turn four. Early clashes on the outskirts of a village on the British left flank. 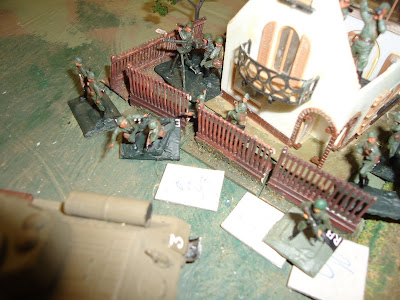 Far left, about the same time. The Russian side had more formed roadways than the British, so they move a lot faster 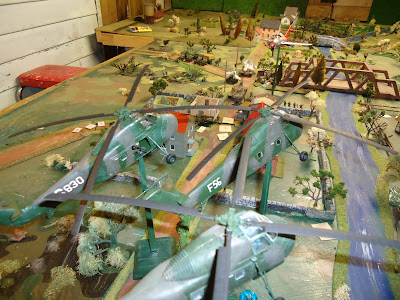 A couple of turns later. Both sides deployed their air units, the Soviets a Mig15 and Il-10, the British their helicopters, which fortunately avoided the jets 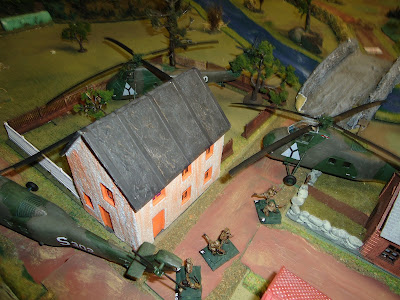 A good move for the Brits, two companies of infantry take a control of the village and bridge directly behind the main Soviet force 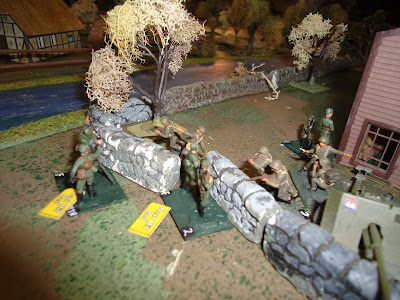 Completely ignoring the enemy to their rear the Russian begin to take hold of the village outskirts. This picture shows the fighting around the British RHQ anti-tank gun position, which had already claimed one IS2 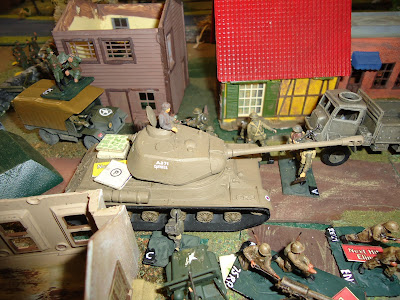 Turn 7 and the fighting had moved further into the village. Several British units had suffered major casualties, and the position was only held thanks to the arrival of some engineers. Next to the IS2 is a very nervous regimental commander 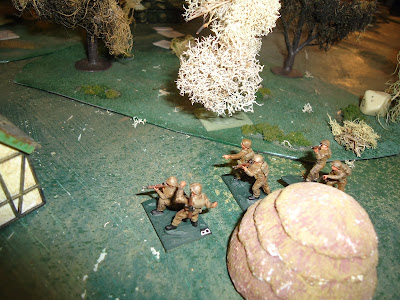 More British infantry. This unit secured the end of the bridge at the midway point, the Soviet right flank was now hemmed on three sides but the game didn't go long enough for this advantage to be realised 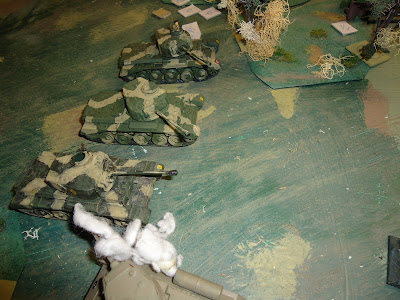 British right, the Comets destroy a T34/85 platoons and send another two towards the rear with broken morale; sounds good but the British had lost two Centurions the turn before 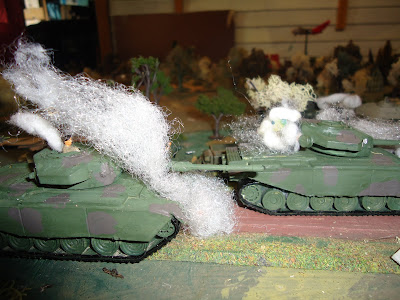 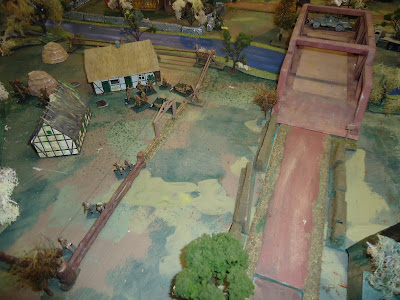 Midway point late in the game 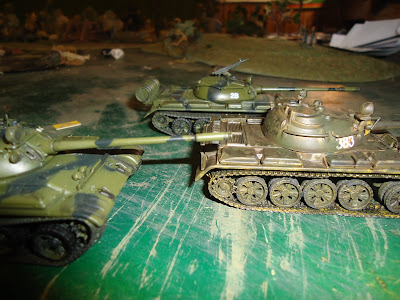 This tank company basically drove from one end of the board to the other, saw no action and was not spotted. It was a powerful unit the ended up well behind British lines 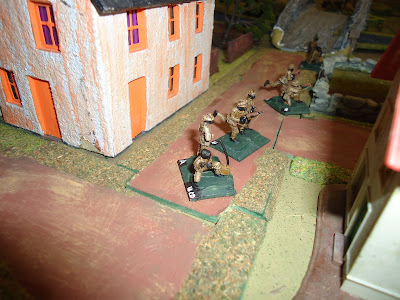 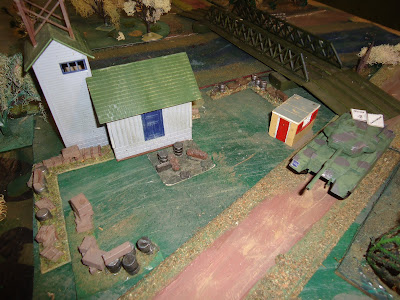 Survivors of the Chieftain company retreating 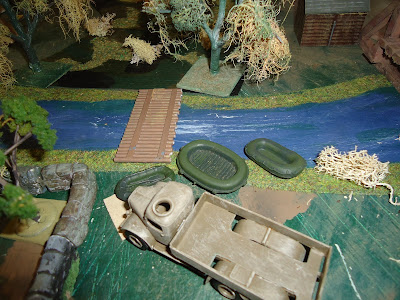 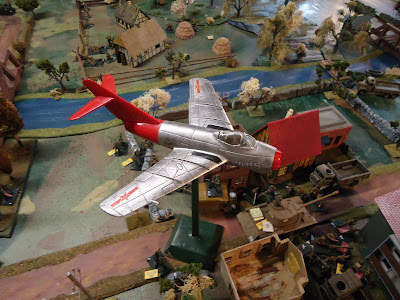 A good game that may have got interesting for both sides had it gone longer. It basically ended up a draw with both players claiming solid table advantage but in scattered or isolated areas.
Posted by Al at 3:17:00 PM