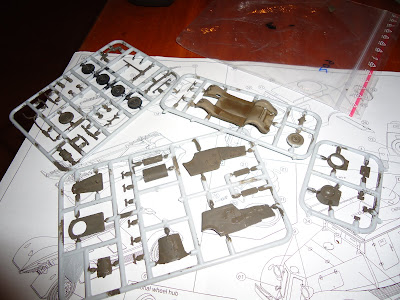 Review time. The Ace BM range is quite extensive. I chose this one to go with my early war Russian collection, but I've since found out that it was used in many places by a number of nations, including Germany, Finland and China. The kit has a fair amount of parts for what it is. 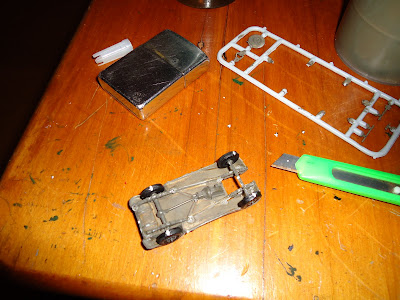 Lots of superfluous under carriage detail; out of the 33 parts on the kit 14 of them were underneath. 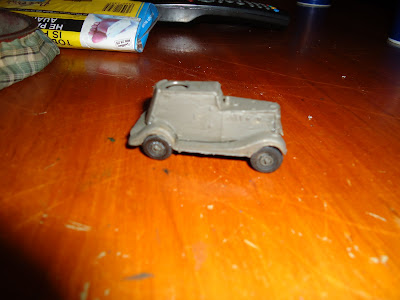 This is where the engineering of the kit let it down, and parts of the armoured frame had to be heavily filled. 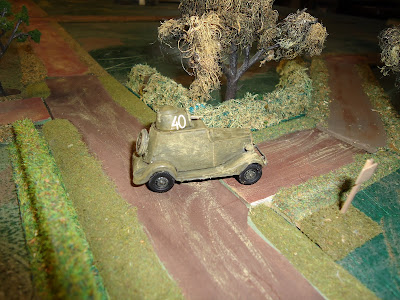 The dry-brushing didn't really work, and I have returned it to the painting line-up since taking these pictures. 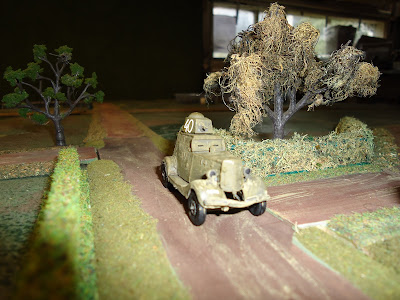 The gaming part of me is chuffed but the modeller was less than amused. Still, it was remarkably cheap and may find itself in use with some other parts of my collection, such as Nationalist Chinese and possibly my North Koreans, if I can find a reference for it being used there. I would recommend this kit to gamers based on the price alone, at just under USD$6.
Posted by Al at 10:58:00 AM