Play testing with some of the new additions. The French have two infantry battalions, the Germans Three and some light armour. 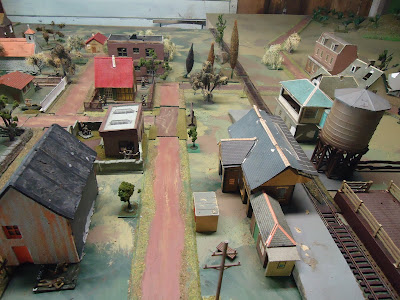 Nothing much happened in the first few moves as the Germans had to spot everything, and they could not commit any reserve troops until 1/3 of their initial lot was engaged in the fighting. 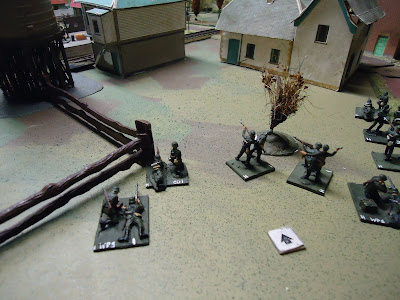 Most of the German first moves were the order 'Full Advance' because they needed cover quick. 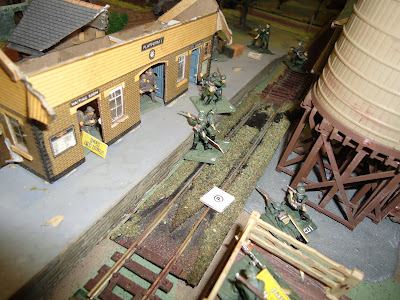 Slowly more and more units made contact with the French. These first few moves have already shown that there are some other things I need to consider for the built up area rules, such as should stands firing from a second or third level be able to see and shoot further? Hopefully further testing will answer this. 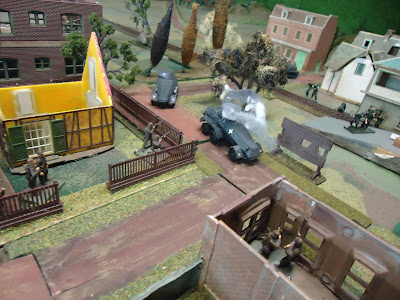 Most of the front French unit positions have now been revealed at the cost of one recon platoon being destroyed by small arms fire. 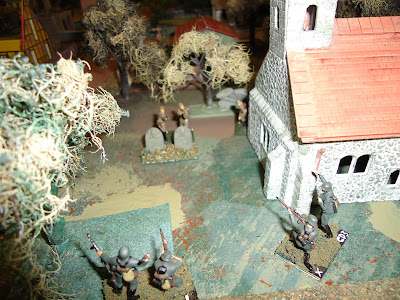 This German company entered from the flank, and although the stands could only just see each other, superior German firepower soon shifted the French from this position. 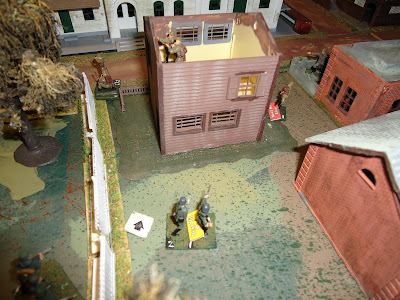 Sadly for the Germans, the French retreat position was better than the one they had been forced from. 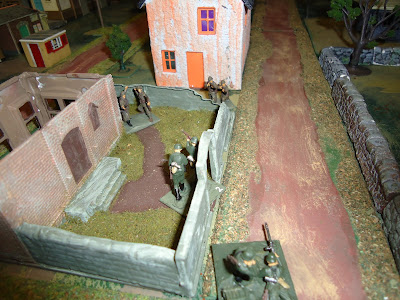 All of the French front line platoons are now involved in house to house fighting, and there are no reserve units close. The next French positions are only about ten inches away, but because of the built up area rules cannot offer any direct fire support. 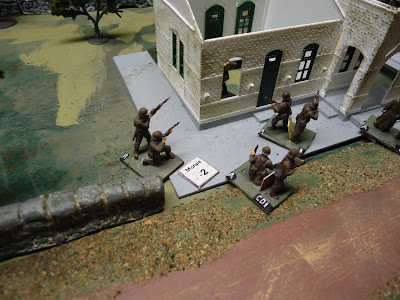 This company broke and withdrew in bad order, despite incurring only a few casualties. Here, they were saved by the rules as several nearby German units could not see them to finish them off before they recovered their morale. 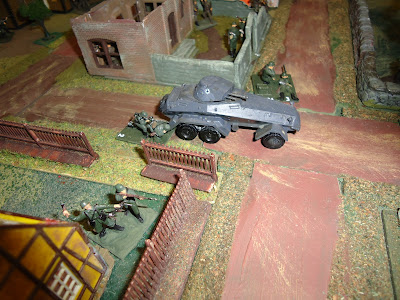 Fresh German units move in, again not observed by the French due to the rules. So far I've made a lot of notes, and have a couple of other things I want to try, like sewer movement, but I'll finish the rules I'm trying to cover first, and worry about other things later on.
Posted by Al at 2:12:00 PM

Email ThisBlogThis!Share to TwitterShare to FacebookShare to Pinterest
Labels: Scenery