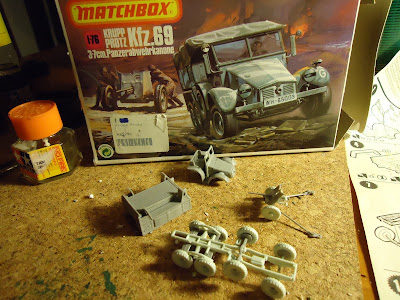 Spent the last couple of nights building this one up. The Matchbox kits are awesome given their age. It went together really well with no problems; excellent engineering of parts all round. This was a present from my friend Paul, and will fit just nicely with my early war German collection. 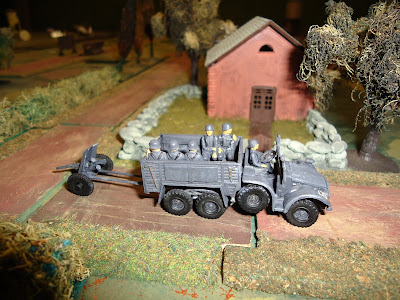 The box showed camouflage markings but I just went with Panzer Grey, some black ink and a little dry brushing. Just might need to tidy up the wheels a bit. 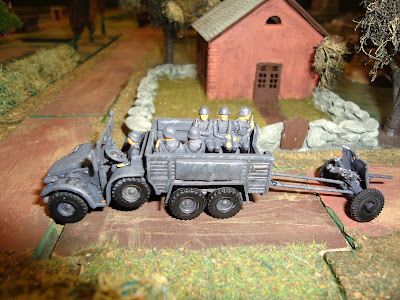 Added crew figures from the spares box. Wouldn't normally bother with this sort of detail, but I wanted to make it look a bit different from the other two I already have. 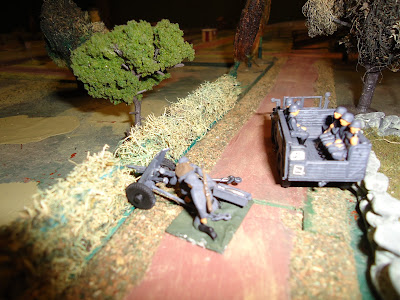 I now have a fully company of these, x3 in CD terms. They will most certainly see some use in the Calais game that we are currently researching, but more probably in an infantry support role rather than anti-tank, as I'm not sure the British had a lot of armour around here at this stage.
Posted by Al at 9:25:00 AM