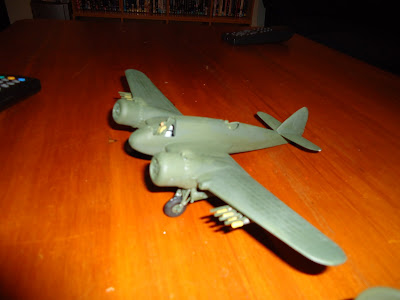 Mostly complete but it actually didn't go together that well. Several parts required major surgery unfortunately, it was almost as if they were twisted. It looks as though the pilot's canopy has suffered the same fate and will be a tight squeeze too. Still, I'm not worried, it's for gaming and as long as it looks reasonable upon completion it'll do me. If I was going to do another Beaufighter kit I might try another brand.