Finished the regiment last night with the exception of a couple of machine gun platoons, and here are a few examples... 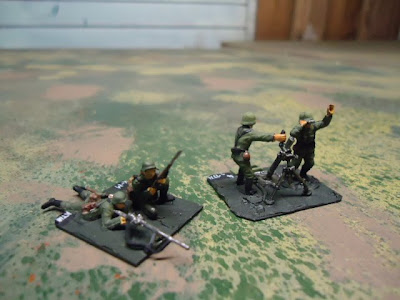 Anti-tank rifle platoon from the HQ unit and mortar from 2nd battalion. 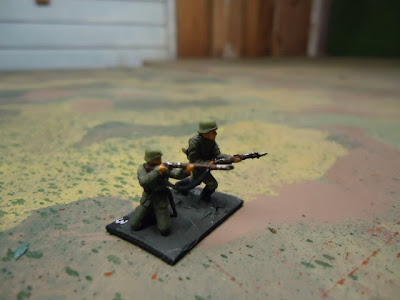 One of the mixed stands. The Matchbox figures had a few extra bits attached to them which look alright, however they don't have the same animation as the modern Pegasus ones, though not bad for thirty odd years all the same. 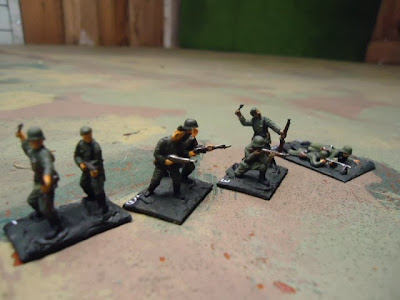 I used the figures in this arrangement of platoons to form a company that could represent police, boarder guards or reserve units of some kind, but normally they will be 3rd company of the 3rd battalion. 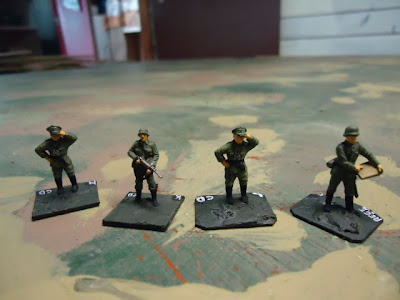 Regimental and battalion command sections. A huge thanks to Paul Foster for the extra figures needed to make up this unit. I now have to get onto doing some light tanks and flak crews etc, if we want to get the Calais scenario completed before Paul goes away for his tour of duty.
Posted by Al at 10:42:00 AM