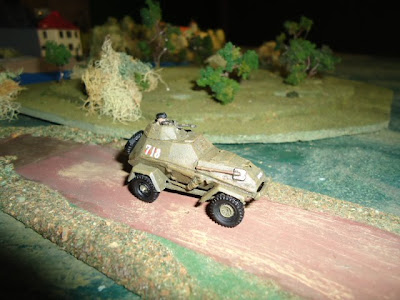 This is a good war games model, cheap and quick to build. Despite some issues with the body work it turned out okay. 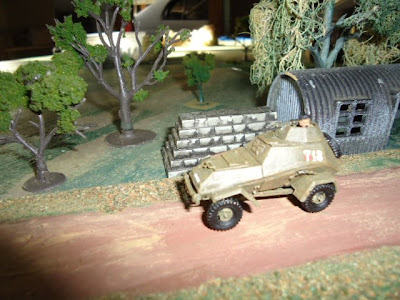 I added a figure to the turret but nothing else. There were four choices of markings, Soviet, Polish and North Korean, I chose the latter but only a true rivet counter would know. 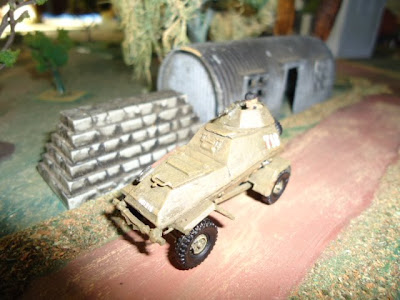 This vehicle saw service with quite a few nations from 1942 into the 1960s, as it will with my collection. In CD this is counted as a weak AFV because it can be eliminated by small-arms fire, albeit with a substantial modifier to hit
Posted by Al at 3:18:00 PM